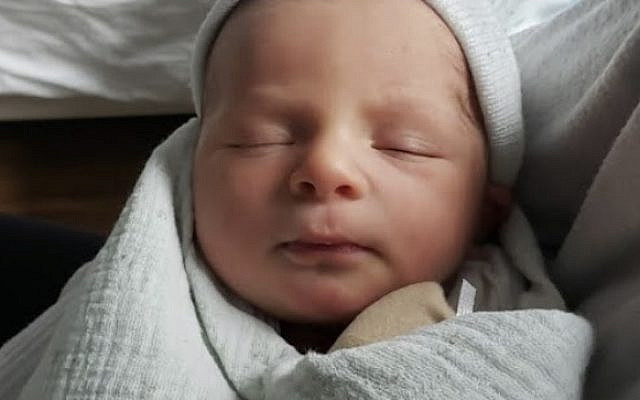 I just performed a Brit Milah; It was far from my first and, please God, it won’t be my last. In fact, it wasn’t even my first with this family. I was honored to be the baby’s brother’s mohel five years ago. This event, much like the previous one, was moving for all those in attendance, whether physically or virtually. The father of the baby, who is a talented musician, had written a nigun (a wordless melody) the morning the baby was born, and he began the ceremony by playing it on the guitar, as we joined with him in song. Once the singing came to a close, the baby was gently placed in the lap of the Sandak who lovingly held him during the procedure. The group continued singing nigun after nigun as the baby was brought into the covenant with God and received his name. There were tears of joy and smiles all around. “Mazal Tov” could be heard echoing off the Judaean Hills.

This event was not unique. The Bris ceremony has been a beautiful milestone for Jewish families since the days Avraham. But you wouldn’t know that if you read Gary Shteyngart’s piece titled “A Botched Circumcision and Its Aftermath” recently published in the New Yorker magazine. Shteyngart, unfortunately, had a different experience with his circumcision. He was born a Jew in the former Soviet Union and due to the government’s anti-religious policies, was unable to have a Brit Milah when he was eight days old. He remained uncircumcised until he and his family immigrated to the United States at age seven. The result of his procedure has been a list of ongoing complications.

The article is heartbreaking and a true challenge to read. As a mohel, I don’t know what I would do if a Brit Milah I performed resulted in a life of pain and struggle such as Shteyngart is currently enduring. This is why I’m constantly involved in professional development. I know the responsibility placed in my hands and work relentlessly to never lose focus of that fact.

But Shteyngart’s article is not just about his present reality. Nestled in between the gut-wrenching descriptions is a litany of attacks on Brit Milah as a whole that warrant a response.

In similar fashion to most classic anti-circumcisitonists, Shteyngart quotes the Rambam (Maimonides), who states that the removal of the foreskin reduces sexual pleasure. These groups use the Rambam’s statement as quasi-proof and admittance by the religious world that circumcision certainly decreases sensation; but that’s actually not the point being made here.

The Rambam’s statement must be taken in context. The statement is not found in his medical writing but rather it’s in the Moreh Nevuchim, his philosophical work, which means it’s more homiletical in nature. He is attempting to draw out the meaning of the commandment. And just as we are not meant to eat everything under the sun, we are not meant to have relations with everything under the sun either. Sex is supposed to have a specific, holy purpose – procreation. And for some, this explanation of the mitzvah can be very meaningful.

Shteyngart next quotes a much more minor rabbinic figure, Rav Yitzhak ben Yedaiah, who stated that, due to the decreased sensation post-Brit Milah, the Jewish man will not be able to please his wife. She will thus become disinterested in him and he’ll be able to focus on more important things such as Torah study. I will not spend time justifying rabbinic statements such as these that promote Torah study over interactions with one’s wife. They are troubling, to say the least. Thankfully, they are not a focus of today’s Modern Orthodox world, nor should they be. But this quote makes no sense from a medical perspective or from the perspective of promoting a positive sexual relationship.

Study after study has been conducted to analyze the effects of foreskin removal. One of the major claims of the anti-circumcision movement is that the foreskin contains 20,000 nerve endings and therefore when it is removed there is a major decline in sensation. This piece of data is a major leap from a limited amount of information gathered in the study done by Henry C. Bazett in 1932.

Bazett counted 212 nerve endings of all types in a single square centimeter. Only 2 of the 212 nerve endings were fine-touch receptors […] and none were genital corpuscles, the ones that most experts attribute to erogenous sensation.

The anti-circumcisionists just took the number Bazett found, measured the area of the skin which is generally removed in the procedure and multiplied. But there have been no studies done to measure the actual number of nerve endings that exist in that region. This article does an in-depth analysis of the issue of sexual sensation in the foreskin. The article concludes that there is no basis for the claim that the removal of foreskin leads to a decrease in sexual sensation.

Even if we were to grant that circumcision leads to a decrease in sexual sensation, that does not mean there is necessarily a decrease in sexual satisfaction. Dr. Robert M. Sade makes this very point in his 2013 Pitts Lectureship in Medical Ethics to the American Academy of Pediatrics. He states,

I did a lot of minor procedures, and one of those was circumcision. They’d line up at the door to have circumcisions, these sailors at the age of eighteen, nineteen, twenty-two, twenty-five. And the reason that they were anxious to have their circumcisions done was because they knew from evidence from their friends that having circumcision improves sex because you could last longer. You didn’t have the same degree of stimulation, and to some men, to many men, this is a very important issue.

Although not a definitive study by any means, the point here is clear: there are those who claim the exact opposite of Rav Yitzhak ben Yedaiah, that if there is a decrease in sensation, there could be an increase in overall sexual satisfaction.

When it comes to the issue of how many children actually die from circumcision, Shteyngart’s numbers may be a bit skewed. On a statistical level, the exact figure isn’t known because there’s a lot of conflicting data. Just as there are studies reporting that there are two deaths in every million boys circumcised per year, there are also studies which report zero deaths in 100,000 boys circumcised per year. According to this evidence alone, it would seem like the verdict is still out. But on a practical level, the numbers seem much clearer. Although this is anecdotal, I have spent my career mining the news for stories about Brit Milah. In my entire career, there has never been a single story of an infant’s death due to circumcision. If a baby had died from the procedure, it would certainly have made headlines.

Shteyngart also makes the claim that circumcision has a very high rate of complications, but the data only reflect that point when the procedure is done later in life.

The rate of procedure-related complications during and after circumcision in the neonate is approximately 2 to 6 per 1000. This rate increases 20-fold for boys who are circumcised between one and nine years of age, and 10-fold for those circumcised after 10 years of age.

An important fact to note here is that the complications this study speaks of could be anything as minimal as excess bleeding, which is easily remedied with no long-lasting effects. In addition, perhaps more important than the low frequency of occurrence is the rate at which the likelihood of complications increases with age. Any medical professional will tell you that the safest time to perform a circumcision is as young as possible — that is, around eight days.

As is standard practice for a mohel, I returned to the family’s home the subsequent day to check the baby’s progress. During our conversation, the mother unsolicitedly remarked that she was so happy that the procedure was done as a newborn because, as she put it, “Infants are little healing machines.” I couldn’t have put it better myself. That may even be why the eighth day is such a fundamental part of the commandment.

No one wants Gary Shteyngart to suffer another moment. And, in truth, I commend him for sharing his experience so candidly. But his grievances are not with Brit Milah itself, but rather with the Soviet government. His struggles most likely resulted from his family’s inability to give him a Brit Milah at eight days when the recovery is quickest and easiest. I am sure that is no consolation to him, but his experience should not be taken as evidence that neonatal circumcision is a dangerous procedure that regularly leads to lifelong complications. Like all operations, it must be performed in the safest way possible, with the most experienced professionals at the helm.