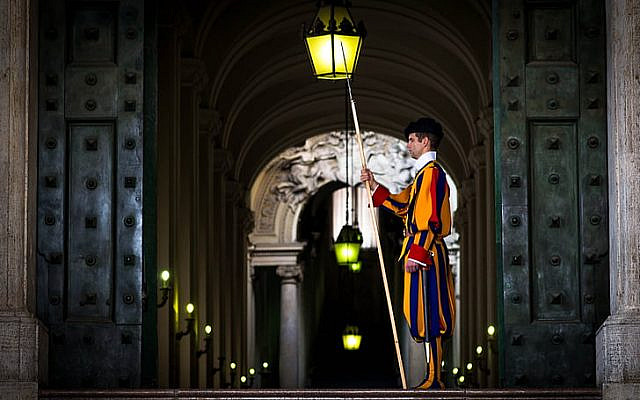 In this essay we will focus on six words for “old” that appear in the Bible and Rabbinic literature: zaken, seivah, yashish, kashish, yashan, andatik. We will also examine whether the word vatik also is related to “old.”We have a lot to discuss, so let’s cut straight to the chase.

In the Mishna’s stage-theory of the human life cycle (Avot 5:24), a person becomes a zaken at the age of sixty and reaches seivah at the age of seventy. Based on this, Rabbi Avraham Bedersi HaPenini (1230-1300) concludes that the term seivah applies to somebody at a more advanced age than does zaken. He bolsters this assertion by citing two Biblical verses which imply that one becomes a zaken before he reaches seivah (I Sam. 12:2 and Isa. 46:4). Interestingly, Rabbi Eliezer Reines writes in Maftechot HaDamesek that seivah is a contraction of the term seva yamim (“satisfied with days”), which refers to the age of seventy (see Rashi and Bartenuro to Avot there).

Radak in Sefer HaShorashim cites a verse which places yashish after seivah (Iyov 15:11), leading him to conclude that yashish indicates a more advanced age than seivah. The next line in the above-mentioned Mishna says that when one reaches the age of ninety, he is “bent over.” Rabbi Bedersi suggests that perhaps yashish refers to this stage. Radak accounts for the etymology of yashish by explaining that such a person has “existed” (yesh) for a very long time. Interestingly, the word yashish appears only four times in the Bible, all in the Book of Iyov (12:12, 15:11, 29:8 and 32:6).

The Targum translates the Hebrew word yashish into its Aramaic equivalent kashish. The only etymological connection I could find between these two words is an unlikely idea proposed by Rabbi Mordechai Tzvi Herzka in Divrei Chachamim. He suggests that the letters ALEPH, YUD, and KUF can be interchangeable because in gematria they represent the first number in the ones, tens, and hundreds, respectively. Through this he explains that the YUD of yashish in Hebrew morphs into the KUF of kashish in Aramaic. [Rabbeinu Chananel (to Bava Metzia 109b) and Rabbi Nosson of Rome (Sefer HaAruch) write that the Aramaic word kash is derived from kashish, which means the same as yashish.]

Rabbi Yehuda Leib Shapira-Frankfurter (1743-1826) writes in his work HaRekhasim LeVikah that zaken refers to people/animals, while yashan refers to plants and other flora. He notes that although Iyov 14:8 refers to an old plant as a zaken, this is only a borrowed usage and does not reflect the word’s primary meaning.

The Targumim tend to translate the word zaken into either kashish or sav (with a SAMECH). The word sav, in turn, is related to the Hebrew word seivah (with a SIN). These two words form the basis of the Hebrew word saba, which means “old man” or “grandfather.”

To explain the basis for the word atik w e must recall that the Hebrew language presumes a connection between time and space. That being said, the root AYIN-TAV-KUF in the Bible primarily refers to movement in terms of space. For example, when Avraham moved from one place to another (Gen. 12:8) or when his son Yitzchak did the same thing (Gen. 26:22), the verb used is to describe that movement is a derivative of this root (vayaatek). The word atik is also used to refer to babies who were “weaned” away from nursing (Isa. 28:9). In later usage, this root came to mean “copy” or “transcribe,” as though one took the information from one document and “moved” it to another.

Atik can alsorefer to something far “removed” in time, i.e. ancient. Daniel refers to G-d as Atik Yomin — “Ancient of Days” (Dan. 7:9-22). [I used to think that the English word antique is a corruption of atik, but Rabbi Shaul Goldman told me that linguists parse the word differently: Anti-que is comprised of the prefix ant (“front” or “before”) and uque or okw (“to see”) in the so-called Proto-Indo-European language.]

Another possibly-related word is vatik. It is found in the Talmud in the form of talmid vatik, which is a veteran disciple or experienced student. The famous poem Yedid Nefesh, ascribed to Rabbi Elazar Azikri (1533-1600), refers to G-d as Vatik, which one might connect with Him being called Atik. More famously, those men who rise early to pray at the earliest possible time are called vatikin. In all of these cases one might be tempted to say that vatik refers to being old, or at least an “old-timer.” However, there is a more plausible explanation: Ernest Klein writes in his etymological dictionary that the Hebrew word vatik is related to the Arabic word wathuqa (“firm, solid”), as one achieves seniority and distinction by acting dependably and reliably. Accordingly, vatik actually refers to dependability/seniority in a specific position and not to a specific age.

A popular folk etymology connects the Hebrew word vatikin to the home of the Papacy and the Holy See — the Vatican. That city-state in Rome is said to be related to vatikin because its leaders also claim to be dependable and reliable. Nonetheless, serious linguists reject this etymology and explain that Vatican is actually derived from the Latin words vates (“soothsayer” or “prophet”) and cano (“sing” or “chant”), and refers to that site previously housing a pagan oracle before it became the center of Christianity.