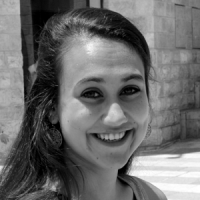 The Blogs
Sarah Sheafer
Apply for a Blog
Advertisement
Please note that the posts on The Blogs are contributed by third parties. The opinions, facts and any media content in them are presented solely by the authors, and neither The Times of Israel nor its partners assume any responsibility for them. Please contact us in case of abuse. In case of abuse,
Report this post.

You never hear about the one million. Yesterday, when I discovered that veteran White House correspondent Helen Thomas passed away at age 92, I had mixed emotions. She was a pioneer for women in the field of journalism and wasn’t afraid to voice her opinion. However, after reading about her death, I remembered one comment she made that reminded me of the one million.

At one point in her career, Thomas told Israelis to “get out of Palestine” and “go home” to Germany, Poland or the United States. But what about the one million from Arab lands? Time and time again, I come across this misconception: Jews only come from the Western world. The international community always seems to forget that while approximately 750,000 Palestinians fled modern-day Israel, one million Jewish refugees fled neighboring Arab countries.

If there were once more Jewish than Palestinian refugees, why don’t we hear about it more? This question can only be answered by taking a look at history. After Israel became a state in 1948, the treatment of Jews in Arab lands changed. Many faced persecution as some were arbitrarily arrested, tortured, expelled, and in some cases murdered. However, only a few activists touch on the subject.

In my spring semester at the College of Charleston, I was lucky to have an Israeli visiting professor originally from Iraq. She co-taught a course titled Cultures of the Middle East with a Palestinian professor. On the first day of class, she introduced herself: “Hello, my name is Naomi and I am a refugee.” Naomi Gale’s words stuck with me as she told the class about the hardships her family went through.

She told us how her family was forced to leave Iraq due to an increase in discrimination after Israel became a state in 1948. They were forced to flee their home country for Israel, where they lived in a tent for five years, eventually transitioning to a tin home in a development town in Israel. Her family, which consisted of her mother, father and eleven children, came along with one million other Mizrahi Jewish immigrants as they were forced to leave their homes in Arab or Muslim countries. By the end of the Yom Kippur War in 1973, the majority of Jewish communities in the Middle East, other than Israel, were practically non-existent. 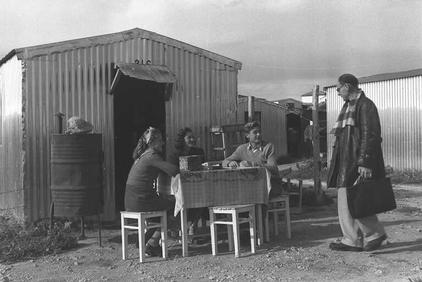 Ma’abara, a development town near Nahariya in 1952 (photo: Wikimedia Commons)

She told the class how her family was classified as refugees by the United Nations, but their story was swept under the rug as the world devoted all of its attention to the Palestinian people and as Israel tried to hide the story because of shame. Regardless of discrimination against Mizrahi Jews, the Israeli government was more concerned about building and protecting its infant state. Pushed aside, Mizrahi Jews were not a concern. While the gap between Mizrahi and Ashkenazi Jews has shrunk since then, the topic is still a sore subject, which is evident by the lack of general awareness on the issue. 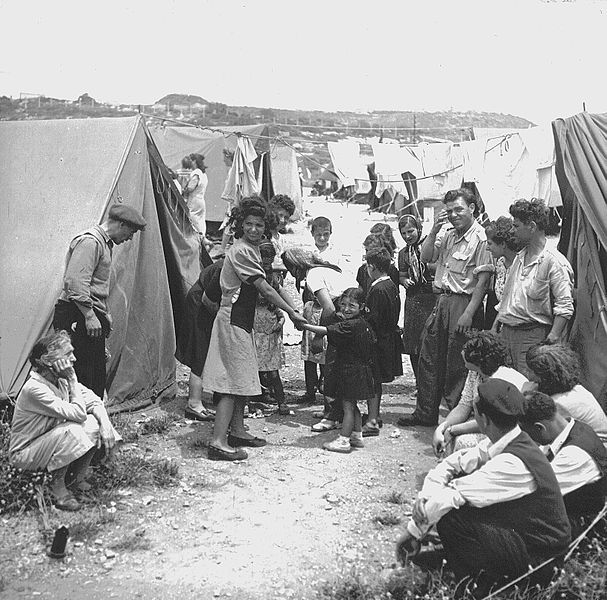 She described her initial experience of moving to Israel as a melting pot, but not the type Americans generally think of. Instead, the pot didn’t embrace multiculturalism. It forced her to conform to a Western Ashkenazi Zionist ideal. In school, she studied heritage and historical figures from her European counterparts. In the religious realm, she was told to pray and practice Judaism according to Ashkenazi customs. But what about her heritage?

Discriminated first in her country of origin, Naomi found herself in the same situation, but now by fellow Jews. Just because her skin was dark, other little children weren’t allowed to play with h er. Just because she spoke Arabic, she wasn’t invited into Ashkenazi homes. 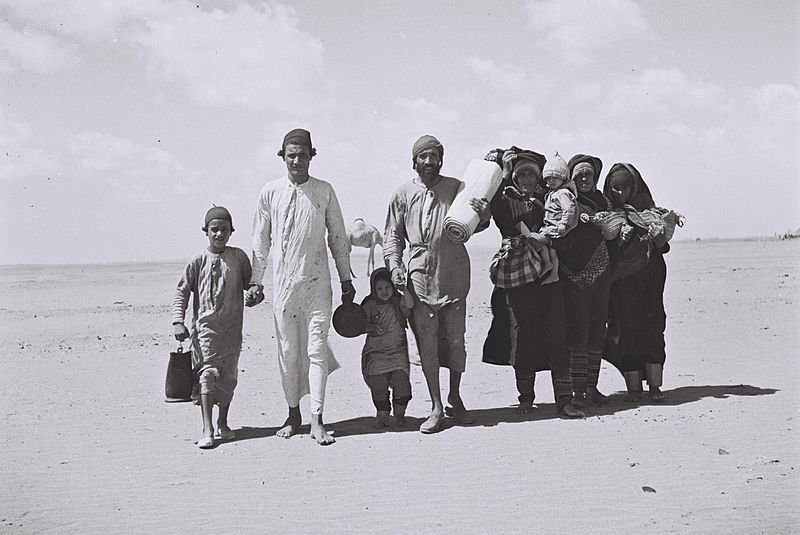 A Yemenite family walking through the desert to a reception camp (photo: Wikimedia Commons)

Her story was common during the time. Discrimination against Mizrahi Jews in Israel started to diminish with the help of the military, integrating the two groups. As the immigrants began to establish something for themselves, so too did the perception of them change.

Years later, as the world turned its focus to the Oslo Peace Accords, Jewish refugees from Arab lands were seen as a stumbling block to peace. During every single point in history, the issue never seemed appropriate to bring up. That doesn’t mean it should be ignored though.

This week, as some mourn the loss of a prominent journalist, take a moment and reflect on the female trailblazer’s comments. Instead of automatically assuming that all Jews come from Europe, remember the one million from Arab lands.

About the Author
Sarah Sheafer is a student at the College of Charleston in South Carolina, studying political science and international studies with a focus in the Middle East.
Comments