Some writers lend themselves to translation much better than others. A short while ago I heard on the radio program This American Life (501: The View From In Here, JUL 26, 2013) a story by the Arab-Israeli writer Sayed  Kashua. I was impressed, but not surprised, at how well Kashua’s story came across in English. I read the original in Hebrew and his insights, subtle criticism of both the Israelis and the Palestinians, and his wit shone in English as well as they did in Hebrew. As an Arab in Israel, Kashua is constantly translating from Arabic to Hebrew and from Hebrew to Arabic. His biography is the embodiment of translation: he was born in the Arab village of Tira, and in school he learnt both Arabic and Hebrew.  At the age of 15 he was accepted to the prestigious Israeli boarding school in West Jerusalem, the Israel High School of Arts and Science. At that school he may have been one of few (if not the only) Arab student in his year, and had to conduct his whole life in Hebrew. Kashua is married to an Arab woman, and until a month ago he and his family lived  in a Jewish neighborhood in West Jerusalem. In Translation and Empire: Postcolonial Approaches Explained,  Douglas Robinson argues that translated works from a minor culture into “a hegemonic culture” (in this case English) are often “perceived  and  presented as difficult, mysterious, strange, alien and of interest just to a small group of specialists in the field.” He further argues that “a hegemonic culture will only translate those works by authors in a dominated culture that fit the former’s preconceived notion of the latter.” I see the complex poems by Dahlia Ravikovitch, as an example of Robinson’s former claim. On the other hand, the ease and the translatability of the work of Sayed Kashua and the poet Yehuda Amichai  could illustrate the latter argument. While Ravikovitch is a “sabra”, who sees Israeli society from the inside, both Kashua and Amichai  are outsiders. Kashua exists simultaneously inside two cultures and two languages,  and Amichai is  an immigrant whose mother tongue is German and his native culture is Western European. Standing outside  and peering into the window of Israeli society, both Kashua and Amichai see things which are transparent to the sabra. Their conclusions could indeed conform with the “preconceived notion” about Israeli society which Robinson mentions. When Kashua and Amichai imagine their reader, he or she are nothing like them, as most of Kashua‘s native Arab community could not even read his work in Hebrew. Furthermore, as someone who was once an immigrant to the US, it is easy for me to recall a time when in order to be heard I had to choose and count my words carefully, and my message had to be relevant, simple, short and clear.  Reading the work of Kashua and Amichai I feel that they may have had a similar experience. This disadvantage gradually evolved into an advantage, and they learned how to captivate an audience, while at the same time keeping their message simple, precise and intriguing.  I believe that those are the main reasons why Kashua and Amichai are relevant and exciting to readers outside Israel. Sayed Kashua left Israel over a month ago, he still writes regularly for Ha’aretz. However, now  instead of dealing with his reality as an Arab living in Israel he talks about his strange new life in the New World. I would like to end with an image borrowed from another brilliant member of an ethnic minority,  Zadie Smith, who writes about her community. A young female protagonist in White Teeth never sees herself reflected in the mirror of British society. Amichai and Kashua do not see themselves reflected in their own local mirror, but now they belong to the world.

Or, as Douglas Robinson concludes: “the only way to get read in today’s world is to write in or to be translated into English.” 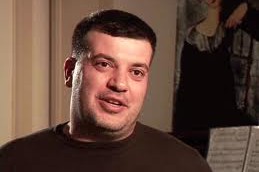