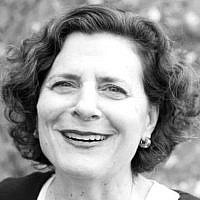 He’s orange, he’s brash, sometimes crass, sometimes mean, sometimes is more pro wrestler than presidential, but he’s my pick. Now, there are those of you out there who simply hate him so viscerally that nothing else can penetrate. I hear and understand you. I have certainly felt that way about politicians in the past. But for the rest of you who think, well, he can be indelicate but he has done some good things, and who realize if he cured cancer certain people would still say, “but what about all the oncologists he’s put out of work, he doesn’t care about them!” To those people I say, absolutely, Trump can frustrate and disappoint, but he often amuses me with his shtick and impresses me with his common-sense and effective governance. He is a one-off president and we will likely never experience this type of presidency as performance art again. But I do believe that history will show he was necessary at this moment in time.

For those of you who didn’t vote early and who look at both candidates and say “meh,” join me as I tell you some of the reasons why I’m voting for Donald Trump.

Here’s a guy who has accumulated great wealth, (yes, I know, the tax returns!) has a very nice life, but looks around the political scene and thinks, “I can do this better.” And risking so much he does. He beats 17 other promising candidates for the nomination and then beats handily the woman whose coronation was complete but for the crown. His nomination and victory was a big “stick that in your pipe and smoke it” to the Republican party, the Democrat party, and the mainstream media. And I freakin’ loved it. Everyone said the world would end after he won, but it didn’t.

Since the day he was elected he has been operating with the Republican party grasping one leg, the Democrats the other, and the old guard media riding him piggy-back. Yet he persisted. He challenged the swamp and built trenches, cut taxes, clipped back burdensome regulations, and made the economy hum. He revisited treaties and agreements that were against our country’s best interests and withdrew from or renegotiated them. He moved an embassy that no president was willing to move. Everyone said the world would come to an end if he did these things but it didn’t.

He nominated judges who believed in interpreting and not making laws. He nominated for the supreme court a justice who was a good man and an esteemed jurist. The Democrats said he was guilty of a crime that he didn’t commit. They dispensed with any pretense of due process or decency and tried to ruin his life. But Trump stood by him in the face of unrelenting opposition and he was ultimately confirmed. Everyone said the world would end if he was approved, but it didn’t.

They say he hates blacks, Mexicans, and Jews (among others), but he has done more for these groups than any other president in my lifetime. They say he hates women, but women are achieving in record numbers. He spoke crudely about women when he was being secretly taped. That was vulgar. But it was also human and we all know the story about glass houses and stones. They say he is incompetent but he has succeeded in fulfilling so many of his campaign promises and then some. They say he’s a narcissist who only cares about himself but his actions show that he loves our country very deeply and wants it to achieve to its amazing potential.

They say the world will end if he wins again, but they have been wrong quite a lot.