The Blogs
Jacob Maslow
Eat half, walk double, laugh triple - love without measure
Apply for a Blog
Please note that the posts on The Blogs are contributed by third parties. The opinions, facts and any media content in them are presented solely by the authors, and neither The Times of Israel nor its partners assume any responsibility for them. Please contact us in case of abuse. In case of abuse,
Report this post. 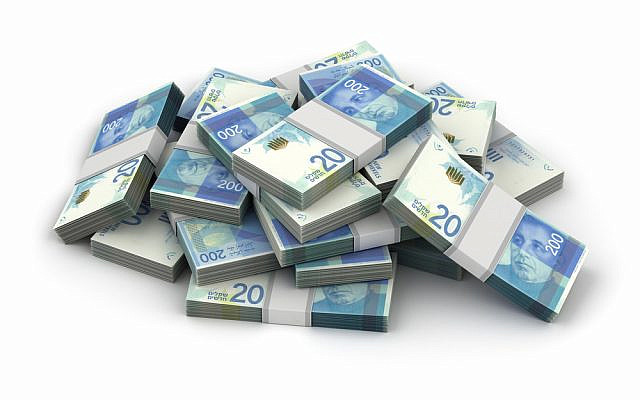 The global pandemic has caused major issues for just about every country in the world. Starting last fall, there were reports that a mysterious virus had been spotted in China. A few months later, the virus had left China and had spread to other parts of the world. As a result, this public health crisis has also created a global economic one, as numerous countries were forced to halt trading. This sent small businesses reeling, wondering how they were going to make ends meet. As a result, there were countless people who were also laid off, leading to numerous individuals and families wondering how they were going to make ends meet. In response to an economic crisis, governments have been forced to look inward, wondering how they are going to be able to keep their countries outflow. One of the major developments has been that the Israeli government has been trying to weaken the shekel. Why is this the case? Why would a country want to do this?

The Central Bank Is Weakening the Shekel

Numerous financial experts have been mystified by what has been going on with the Israeli shekel. Many of them have been studying the movements of the central bank, trying to figure out what the government is doing. It appears that the Central Bank of Israel is trying to take a stand against the shekel appreciating any further. Even though Israel has struggled recently, the shekel is trading relatively well against the dollar. A couple of months ago, the shackle hit a high in terms of its comparison to the dollar that had not been seen in close to two and a half years. To the untrained eye, this might seem like the Israeli economy is doing well. On the other hand, individuals, families, and small businesses located in Israel would say otherwise. The central bank has pushed interest rates lower recently in an effort to prevent the shekel from appreciating any farther. This still begs the question, why would the Israeli Central Bank want to weaken its own currency?

Weaken the Shekel to Strengthen Exports

The biggest reason why a country might want to weaken its own currency is to change its position on the global stage. In order to get the economy jumpstarted again, Israel is going to have to convince other countries to buy its exports. This will pump more money into Israel, increasing its own GDP.

In this manner, a week or domestic currency, in this case, the shekel, would naturally make exports more attractive but could also make Imports more expensive. If the shekel is weaker, it would take more shekels to purchase imports. Using this method, the government official is trying to convince people to buy local goods. This would prop up the local economy during a time when it has been struggling. As a result, the government is trying to expedite the recovery process.

What Does the Future Hold?

As numerous families and small businesses are trying to recover during the COVID-19 pandemic, many people are wondering what the future holds for the economy of Israel. First, it is important to note that the virus is going to be with us until there is a vaccine. Hopefully, this should, sometime in early 2021. On the other hand, some people might not be able to wait that long. It will be interesting to see what happens next for the economy.