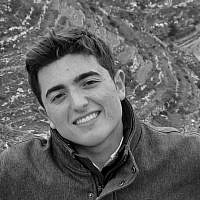 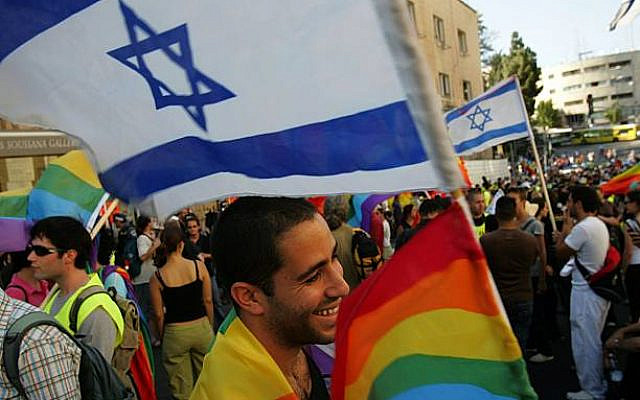 JERUSALEM, ISRAEL: Israeli gay activists fill a downtown street during the gay pride parade June 21, 2007 in Jerusalem. Some 3,500 people marched about 500 meters down a central Jerusalem street in the much-contested parade as about 8,000 Israeli police protected them from threats by ultra-Orthodox Jews to disrupt the march. (Photo by David Silverman/Getty Images)

Do we have a right to demand respect and acceptance?  We learn the following teaching in Pirkei Avot:

Ben Zoma said… who is honored?  He who honors his fellow human beings (Pirkei Avot 4:1).

Respect and honor are earned through giving it to others, a basic yet profound idea which I continue to contend with.  In a piece that I wrote during Pesach about my personal perspective on homosexuality and Judaism, I stated that “I must demand acceptance.”  A close friend and mentor later warned me that demanding respect and acceptance will come across to many people as bold and arrogant.  I have been reflecting upon this in the months since, and Pride Month has added to my internal debate over the issue of acceptance, tolerance, and respect regarding this sensitive topic.

I am personally troubled in numerous ways by the whole concept of “Pride.”  Given the fraught nature of this topic and the intense emotions it evokes, I have been hesitant to share my views.

I came across a tweet the other day by journalist Yair Ettinger:

Anyone on social media knows that, when June 1 comes, an endless number of government agencies, corporations, and so on change their logos to rainbow colors to celebrate Pride Month.  This year, the State of Israel’s official social media account, along with Misrad HaBriut and others, changed their logos.  Ettinger poignantly asks: What gives davke this month kedushah, as opposed to Hebrew Book Week (which also falls in June and celebrates the remarkable rebirth of Hebrew literature in our era), the Tishrei Chagim, and so on?  Why do we put so much effort, as a society, into publicizing and promoting Pride Month as opposed to other causes and celebrations?

I will take it a step further: When this issue evokes such tension among traditionally minded religious communities, and when Judaism’s views are incredibly complex, why is the Jewish State and its representative bodies abandoning all nuance?

My issues, on principle, with Pride need not be misconstrued as opposition to Pride.  On the contrary, I attended Jerusalem Pride, with mixed feelings, and I will likely do so again.  I found it quite meaningful, and I saw how much it meant to so many of my friends, most of whom who are still in the closet, to march in the streets of our capital proudly as themselves.  I feel their pain and joy.  I cannot stress enough that Pride is immensely important to many people.  However, I refuse to allow my own biases, as a queer person, to override my commitment to intellectual honesty and open dialogue on this issue.  Indeed, I find Pride problematic largely because it paints a complex issue as black-and-white.  Those who express any discomfort with parades, with same-sex marriage, and so on are branded as homophobic bigots.  My hesitancy towards fully embracing Pride can be separated into three categories: the nature of respect and acceptance, nuance, and religious sensitivity.

The term “pride,” inherently, evokes negative responses from wide swaths of society.  It can easily turn into arrogance, and it separates the LGBTQ+ community from more traditional elements of society.  Why not have a month of tolerance, respect, and understanding for our community and the struggles we continue to endure?  This returns us to the issue of demanding respect and acceptance.  Acceptance and respect are a two-way street.  To demand that people abandon their beliefs and values for you, while offering no understanding and respect in return, is incredibly arrogant.  For sure, the struggles the LGBTQ+ community faces, particularly amongst those in the closet, cannot be compared to the discomfort some may feel about this entire issue.  That does not mean, however, that honest dialogue and conversation must be abandoned.

Furthermore, the discussion on this issue is often, in fact, hardly a discussion at all.  I cannot accept, without reservation, the notion promoted by much of our community that love is inherently love, that homosexuality and heterosexuality are morally equivalent, and that any discomfort or disagreement is homophobia.  Indeed, I have seen, on multiple occasions, queer friends label rabbis and others as bigots for stating halakha’s opposition to homosexual behavior.  I struggle deeply with the issue of reconciling halakha with my sexuality, and, as such, I refuse to equate opposition to homosexual behavior with homophobia.  Homophobia, in all its forms, including verbal and physical harassment, alienation of queer people, and exclusion of LGBTQ+ couples and families from communal institutions, must be combated vociferously.  We must not, however, avoid nuance and debate, for true tolerance demands that we tolerate opposing views.  Homophobia, and all bigotry, must not be tolerated, but discussion on these issues ought not be ignored.

As a religious Jew, I cannot ignore the discomfort many in my community undoubtedly have about this issue.  In Israel in particular, religious sensitivity should be shown.  I cannot expect a traditionally minded Jew to endorse Pride parades, same-sex marriage, and homosexual sex.  To ignore their discomfort and “demand acceptance,” as I previously wrote, will hardly help to sway public opinion or to combat homophobia.  At its core, Torah and Orthodox Judaism are resistant to rapid change and societal pressures.  In every generation, the Jewish people have vigorously opposed trends and ideologies that run counter to our values.  That is not to say that Orthodox Judaism is resistant to all change.  One only need to look at the changes in Orthodoxy’s views on women’s education over the past century to know that change does indeed happen.  Change may, however, be slow, and, thus, topics such as LGBTQ+ issues should be dealt with the utmost respect and sensitivity.

With my concerns elucidated, I must reiterate that I recognize the value in Pride Month, in parades, and so on.  For countless queer people, the ability to express themselves freely and publicly, or to know that there is a network of support for them, can be lifesaving.  I cannot describe the pain and loneliness that accompanies being in the closet, and I cannot imagine where I would be right now if not for the countless LGBTQ+ activists and organizations that fought for change and equality over the past several decades.  As much as I, on principle, take issue with Pride, I will likely go to Jerusalem Pride again.  This may contradict some of my values, but I am not inherently opposed to living with contradiction.

Instead of resorting to ad hominem attacks and haughty displays, we should emphasize nuance and intellectual honestly.  To paint this issue as solely a struggle between tolerance and bigotry ignores the compassion and understanding we must have for all.  I encourage my more secular, liberal queer brethren to put themselves in the shoes of a religious, traditional person, and vice versa.  It is easy to demonize the “other side” as intrinsically wrong.  Recognizing truth and validity in their arguments, and, consequently, the potential weaknesses in your own, however, requires immense humility.  Through compassion and true tolerance, may we find the strength to deal with this sensitive issue with the care and understanding it so desperately deserves.