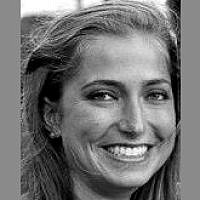 The Blogs
Sara Greenberg
Apply for a Blog
Advertisement
Please note that the posts on The Blogs are contributed by third parties. The opinions, facts and any media content in them are presented solely by the authors, and neither The Times of Israel nor its partners assume any responsibility for them. Please contact us in case of abuse. In case of abuse,
Report this post.

While it is possible, and common, to hear people describe themselves as pro-democracy, pro-human rights, pro-[INSERT HERE ANY CAUSE OR MOVEMENT], it is unusual to hear someone say he or she is “pro” a specific country. People are from a country, people support a country, people can be “pro” or “anti” the current government of a country. However, once a nation state exists, it is almost unheard of to be “pro” or “anti” that state’s existence.

Unless that state – a state representing 0.01% of the world’s population – is Israel.

Since the inception of Israel as a nation state, the country has been under constant attack. Whereas the Jewish community accepted the terms of the 1947 United Nations Partition Plan and declared Israel’s independence in 1948, Arab leaders and governments rejected the plan and launched a full-scale war against Israel.

Fast-forward to today. Israel’s multiple attempts to offer the Palestinians an independent state – in 2000, 2001, and 2008 – have all been rejected and returned with increased violence. Mahmoud Abbas still refuses to recognize Israel’s right to exist as a Jewish State. Since Israel’s unilateral withdrawal from the Gaza Strip in 2005, Hamas terrorists have fired more than 12,000 rockets at civilians. All the while, an impending nuclear-armed Iran threatens to “wipe out the Zionist regime from the forehead of humanity.”

It is not surprising that communities wanting to show support for the Jewish State have latched on to the “pro-Israel” label. But is the application of the “pro” label to a country productive?

Last year I spoke at a “pro-Israel” event on the University of Pennsylvania campus and a student asked: “Is it possible, on today’s campus to be pro-Israel and also support the Palestinian people?” The “pro-Israel” label had misled her, and likely other fellow students, too easily misconstrued to represent a binary choice between Israel and her neighbors.

Being “pro-Israel” does not mean that you are anti-Palestinian. The majority of Israelis continue to favor a two-state solution and Israel’s goal remains, after ensuring security for its people, to live peacefully with its neighbors.

This summer, at numerous “pro-Israel” rallies all over the world to show support for Israel’s campaign to thwart Hamas rocket fire and attacks against civilians, a common slogan read “End Hamas Terror, Peace for the People of Israel and Gaza.”

To attend one of these “pro-Israel” rallies was not to be “anti-Palestinian.” In fact, the rallies were just as much an attempt to show solidarity for the people of Israel, as they were for innocent people of Gaza living under the wrath of Hamas.

It’s not a choice between Israel and the Palestinians, at least in the “pro-Israel” camp.

Unfortunately the same cannot be said about the “pro-Palestine” movement. As a student on a university campus in the United States, I have yet to find a “pro-Palestine” group focused on advocating for the development of democratic institutions or the advancement of human rights under the Palestinian Authority in the West Bank and Hamas in Gaza. Instead, groups like Students for Justice in Palestine (SJP), the most prominent “pro-Palestine” group on campus with close to 100 chapters in the U.S. focus all of their efforts on the deligitimization of Israel. SJP actively endorses and supports the Boycott, Divestment and Sanctions (BDS) Movement, which calls for the annihilation of Israel.

According to the Anti-Defamation League, more than 50 “anti-Israel” rallies, often labeled “pro-Palestine” rallies, have taken place in cities across the United States this summer alone. These rallies “are often marked by extreme – and even anti-Semitic – messages that…express support for violence against Israel and call for Israel’s destruction.”

Outside of the United States, following a “pro-Palestinian” demonstration in Manchester on July 12, demonstrators drove through a Jewish neighborhood throwing items at Jewish pedestrians and shouting various slogans and curses including “Heil Hitler.” In Paris, “pro-Palestinian” protesters surrounded a synagogue on July 13, trapping its occupants inside, and chanting “Death to the Jews.”

Solely focused on the destruction of Israel, and in some cases Jewish communities around the world, the “pro-Palestine” voices neglect the Palestinian people. Where are the calls to hold Hamas accountable for the 160 children killed while constructing the terror network tunnels in Gaza? What is being done to draw attention to how the Palestinian Authority and Hamas restrict the right of freedom of expression, and often resort to killing innocent civilians?

Labels can be misleading.

The “pro-Palestine” label has become a euphemism for “anti-Israel,” and thus “anti-Peace” activity. Golda Meir once said, “We will only have peace with the Arabs when they love their children more than they hate us.” Perhaps peace will only be possible when the “pro-Palestine” movement loves Palestine as much as it hates Israel.

On today’s university campus, where the current of universalism flows, it is important to expose labels for what they really are. It is important to explain that being “pro-Israel” does not mean that you are choosing sides. Instead, to support Israel is to be “pro-peace,” “pro-democracy,” and “pro-human rights.”

About the Author
Sara Greenberg is pursuing a masters degree in public policy from the Harvard Kennedy School and a masters in business administration from Harvard Business School; she was born in Philadelphia, PA but has lived and worked in New York, Hong Kong, Beijing and Jerusalem
Related Topics
Related Posts
Sara Greenberg
Comments