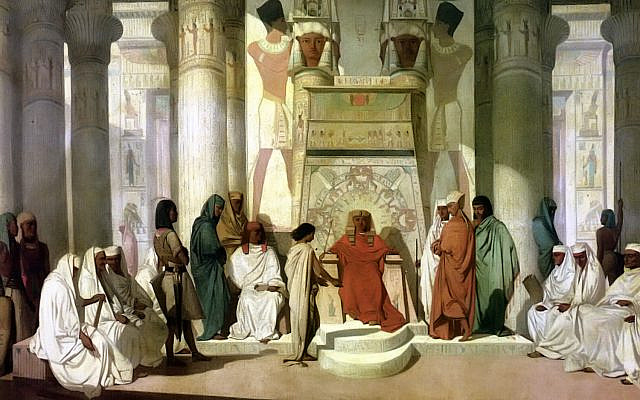 What was the legal status of the food acquired by Yosef during the years of plenty? Was it a tax, royal seizure or purchased? What was the moral permissibility for the consolidation of wealth during a time of crisis?

The strategy to store the surplus from the years of plenty was invaluable to the lives of the people living through the subsequent famine. However, the consequences of that valuable information being sequestered to only Yosef and Pharoah meant the rest of the region was unprepared for the famine that was to come. Ultimately leading to their deprivation and subsequent indentured servitude to Pharaoh in exchange for sustenance and agricultural resources (Breishit 47:13-26). The legal status of the food that was ultimately used to manipulate the wealth of the land into the royal coffers directly relates to its moral justification.

If the food was acquired as a tax then when the time of famine arose the people would expect their share of this public reserve for free or at least discounted. If it was a royal seizure then the people may demand their property back and even potentially rise up against Pharaoh when they realize he possessed plenty during the famine because of his prior seizure of their property. If it was purchased during the years of plenty when prices were lowest then the people would have no option but to purchase it back from the royal granaries at the current market price. The text provides a few hints as to the legal method employed by Yosef.

At the height of the famine Yosef uses the impoverished circumstances of the people to convince them to relinquish their property to Pharoah, which implies that Pharoah could not have taken their property in the  first place by royal decree. When Yosef recommended gathering the surplus from the people (41:34) he suggested Pharoah assign accountants to calculate a fifth of the produce and for that produce to be stored as a pikadon, an assurance or collateral (41:36). This instruction is ambiguous whether it was to be purchased from the people or taken as a tax. However, later when Yosef has already acquired all the wealth of Egypt (47:20,23) he provides the people with agricultural resources in exchange for a tax of one fifth of their produce in perpetuity (47:24,26). This is highly suggestive that the initial acquisition was also a one fifth tax.

This taxation may also be suggested by the fact that at the onset of the famine the people demanded bread from Pharoah (41:55) as though it was expected of him to return it to them. The fact that the food was sold back to the people (41:56 and 47:14-15) suggests they accepted the cost, which may have been discounted as it was a public asset. Alternatively, the fact that the text equates the Egyptians and the Cannanites (47:13-15) in their purchasing of food suggests that there was no practical difference between the two groups. This supports the idea that the initial produce was purchased when the market price was low and then resold to the people when the price was highest.

The morality of either of these methods of wealth concentration seems negligible in comparison to the fact that the foreknowledge of impending famine was withheld from all but Yosef and Pharoah. Ultimately serving to precipitate the famine and financial crisis that unfurled. The text strongly supports the notion that the seven years of consecutive famine was unknown to the rest of the world as Yosef has to inform the brothers of the impending 5 additional years of famine yet to come (45:6), something they should have already known had it been common knowledge.

Whether this was in fact Pharaohs’ or Yosef’s plan is not entirely clear however it seems likely that is was Yosef’s as Pharaoh refers to him as the wisest (41:39) and also instructs the people to follow Yosef’s word regarding the practical economics during the years of famine (41:55). This unseemly moral behavior may explain the motivation behind the apologetic tone of the midrashic caveat noting that the Pharaoh rebukes the people, blaming them for their circumstances as they did not heed the warnings of Yosef during the years of plenty (Breishit Rabba 91:5).