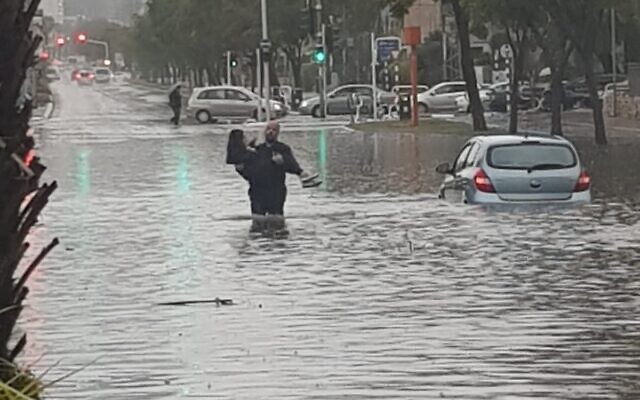 There have been calls in the UK to declare the flooding in South Yorkshire a national emergency. Jeremy Corbyn, milking this not uncommon event for all it’s worth, called the government’s response ‘woeful’ while Labour MPs went as far as asking for a “national emergency”.to be declared.

After a month’s worth of rain fell in a single day, hundreds of homes have been flooded and more than 1,000 people evacuated. This hardly constitutes a ‘national emergency’. While it is unpleasant for the handful of people involved, it has no impact on the remaining 66 million inhabitants of these crowded isles..

If we take a closer look at the areas affected, we can see that floods are nothing new for Yorkshire. Most readers will probably not remember, but back in 1263 North Street, as far as the junction of Bridge Street and Ouse Bridge, were flooded out. In 1316 floods washed away essential earthworks around York Castle leaving it defenceless. In 1564 huge chunks of thawing ice, carried by flood waters, smashed the Ouse Bridge. Yet more serious flooding was recorded in 1625 and 1638. In modern times, there was serious flooding in 1947, 1978, 1991, and 1995. And 2000 saw some of the worst floods on record so far for this century.

And, as recently as Christmas 2015, devastating floods occurred in Appleby, Keswick and Kendal in the county of Cumbria, with blocked roads, collapsed bridges and homes evacuated; Cumbria Police declared the situation a ‘major incident’.

The UK flood defences are not working very well. The Environment Agency, established in 1995 is responsible for protection and enhancement of the environment in England. But, in Yorkshire and Somerset, river dredging has stopped, with the inevitable build-up of silt narrowing the streams. The infrastructure for flood prevention was built many years ago, some of it as far back as Victorian times.

So why do people insist on building their houses in areas known for their periodic floods. Why build on a flood plain. The dictionary gives us a clue as to what to expect: flood plain – noun, an area of low-lying ground adjacent to a river, formed mainly of river sediments and subject to flooding. It couldn’t be clearer than that.

With such a long history, ‘I didn’t know’, is not an answer.

To understand the underlying approach in the UK to severe weather, we turn again to the source of this blog’s title – the musical My Fair Lady. “In Hertford, Hereford, and Hampshire, hurricanes hardly ever happen.” But a glance at this week’s headlines shows that they do.

We in Israel have our own ‘flood plain’. People living alongside the Gaza Strip have become accustomed to a regular flood of rockets from our not-so-friendly neighbours. Unlike our UK counterparts, we have been successful in reducing the effect of these attacks. Our flood prevention system, Iron Dome, has kept the residents of the South ‘dry’.

And we hope for a flood of olim, new immigrants, fleeing England’s green and soggy land.