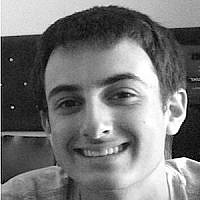 The Blogs
Sam Rosen
Apply for a Blog
Advertisement
Please note that the posts on The Blogs are contributed by third parties. The opinions, facts and any media content in them are presented solely by the authors, and neither The Times of Israel nor its partners assume any responsibility for them. Please contact us in case of abuse. In case of abuse,
Report this post.

Like many Jews living in America, I have found it extremely hard to watch coverage of Israel on almost all major networks. Whether it is calling the Har Nof attack a “Terrorist Attack”, or the countless anti-Israel reports during the summer, I am having a hard time calling all of the crap I see on most American “news” stations news

Lets start with the definition of the word. News (noun)- Newly received or noteworthy information, especially about recent or important events. Another part of the definition that is not included in the dictionary version and should go along with whatever shred of respect for journalism that the reporter has left, is that they are reporting the truth. You cannot, or you used to not be able to, fabricate news and make up stories. But that is what I see when I turn on the news night after night. “Attack on Jerusalem Mosque” is false, that did not happen, yet CNN reported it as news. They can apologize all they want, but they cannot take back the fact that millions and millions of people were reported false information.

During the summer it seemed to be the same way. Apparently, the only newly received or noteworthy information that was conveyed on American TV was the Israeli strikes on Gaza. Apparently, the fact many of my friends and family were living under the threat of rockets all summer, along with countless other people, was not good enough for American media to report that often. In fact, the American media is at even more of a fault, because many American citizens were under fire from Gaza all summer, so does the American media not care to report on something affecting Americans living in or visiting Israel? That may be a bit of a stretch, but unfortunately it may not be extremely far fetched. There were times where I wanted to break my TV, or smash my computer and it took every inch of self-control I had not to do these things and to, at least, attempt to calm down.

It is important that those of us who know the truth about Israel spread the word. So I encourage conversation with your less informed friends. Don’t let the media, who are really actors and not reporters, influence your friends. Don’t let them turn your friend into another uniformed American zombie who blindly calls out Israel on war crimes. And after your friend or boss or whoever you can talk to on this touchy subject has been informed and they don’t take Israel’s side, then fine but please inform them about what is going on the Israeli side. Please, for the sake of the truth, I beg of you. So, don’t shy away from political conversation, make sure people know the truth about the Israeli-Palestinian conflict so there only source is not CNN or BBC. Hopefully they can become more informed and understand the truth about Israel.

About the Author
Sam is a Junior in High-School from Philadelphia, PA. He lived in Jerusalem for five and a half months while studying on TRY, a High-School in Israel program where he learned a lot about Jewish History and developed a deep personal connection to Israel. Sam also has close family in Jerusalem, Hadera, Beit Shemesh and R'anana.
Comments