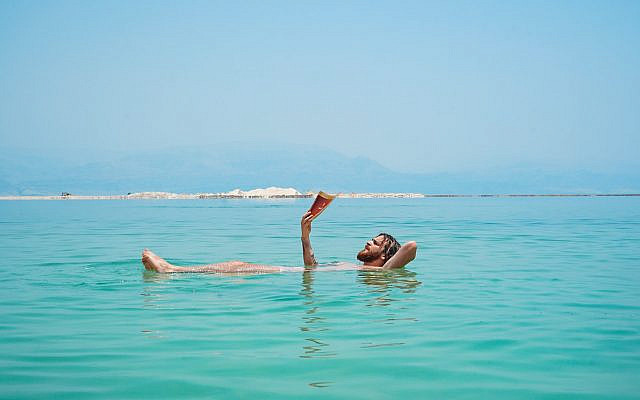 Podcasts made such an incredible and lasting impression when they reappeared on the scene. Indeed, podcasting is not a new invention and has been around since the early days of radio, but were then known as radio drama. As there weren’t a large audience for this mode of entertainment, it was slowly dropped and phased out until smartphones, iPods, and the decline of radio.

Today, podcasts are easily accessible, even in countries like Israel. It is oftentimes used by established celebrities to reach out to a new demographic of fans, but anyone can start a podcast. For the most part, podcasts are free for listeners. Like the viral culture of Youtube and TikTok, there is not one singular format that one must keep to. You can have a podcast which is in an interview-style, a documentary-style, or simply, a narrator reading off a storybook. There are numerous ways to deliver specific content and information, depending on the podcaster. In Israel, it has opened new doors and started conversations about sexuality, thanks to a popular Shame On You Podcast.

The podcast has gained over one million downloads globally, despite being new and not manned by a celebrity or influencer. In fact, the podcast is run by a pair of Canadians who are best friends, Brad Price and Jordan Power. The two men have embraced their sexuality and share their experiences on the podcast on how they have been shamed over the years and the abuse and pressure they have had to face due to them being gay. The idea was to eliminate the stigma of being gay and normalizing it.

Homosexuality has been around for as long as humankind has been, but there is no space for it in between our cultures. People have been prosecuted for centuries over what is deemed an unnatural coupling – a belief largely perpetuated by religion. Despite our claims of modernity, equality and justice for all, regardless or gender or who you love, there are still countries that prohibit gay sex, such as Singapore, Africa, Barbados (a Carribean country), UAE, Maldives, etc. In spite of being a “holy” country, Israel has never outlawed homosexuality, and neither has Cambodia, South Korea, Taiwan, Laos and the Philippines.

Price and Power want to empower those who were once in their positions and felt the need to hide who they are, ashamed as they were. With the Shame On You Podcast, they wish to revolutionize the way gays are perceived and hope to destigmatize these labels and for listeners of all sexual orientations to live in peace and acceptance of one another. The way they do their shows is through humorous anecdotes and real life tales. They have brought other gay individuals onto their show, such as an ex-boyfriend, to a gay preacher.

The co-hosts have brought awareness to all reaches of the world. Aside from being educational, it is also extremely funny, entertaining, and easy to listen to. The podcast started as an idea to begin leading shameless lives.

“Sure, I made a ton of mistakes in my life. I regret a lot of things, but I don’t have shame about them,” Price says in regards to the way he views his life and he wants to bring that level of confidence and self acceptance to everyone. After a couple of drinks, him and his buddy, Power, decided to bring that message to the world via a podcast. Without censoring their deepest desires and darkest times, they have brought their stories to life and freed many others.

Listeners have written in to confess how the podcast has helped them come out to their parents, how they’ve gotten over their innate desire to be just like everyone else. Mostly, the two co-hosts have brought a beacon of light and positivity to their lives. One writes that Shame On You Podcast is the “best gay podcast in the history of ever”.

This doesn’t mean that they haven’t received any bigotry from listeners. Some have called them narcissistic, despite having the right message. Others say that they simply cannot take them seriously, and that it is simply the drama of two white privileged men, running a pretentious show. However, love it or hate it, the duo have instigated new change and are campaigning for a better tomorrow for the LGBT community by allowing curious and ignorant listeners a glimpse into the lives of those different from them, which in turn, can foster a sense of camaraderie. After all, it is those that we don’t know that we hate, it is what we don’t understand that we fear. Being exposed to this idea that it is okay to love who you love or to feel the way you do is the hope that the community needs.