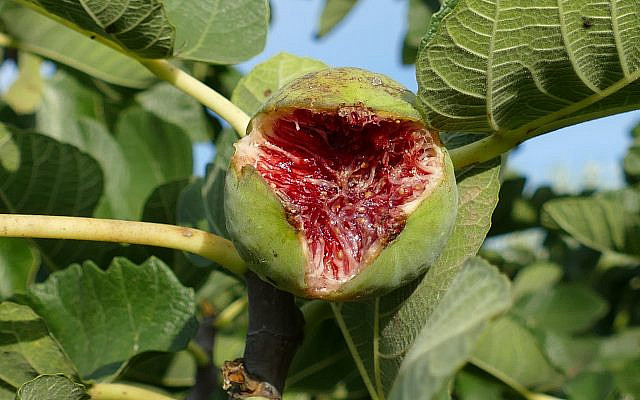 No matter where you stand on the old debate of whether or not Bob Dylan is a protest singer, it’s hard to deny the intrigue of such questions.

But what about another couple of famous Jews, Theodor Adorno or Max Horkheimer?

Does calling someone a ‘Jewish philosopher’ undermine their humanity, or ultimately affirm it?

Is becoming a ‘mere human’ an upgrade or a downgrade, and how many people on earth, Jewish or otherwise, really have the luxury of being ‘only human?’

And should the very idea of ‘bare Humanity’ even exist?

These are the kinds of questions that often fascinate those of us with an interest in continental philosophy; and no less so, those of us who love the Frankfurt School; especially the early, more radical phase of Horkheimer and Adorno, rather than the later, more respectably Habermasian phase.

And no less especially, those of us who have wrestled with the universal of human nature and some ‘particular’ hang-ups of our own, of any kind.

How sad it is that Wagner, like old Darius of Persia (and in a somewhat different way, Nebuchadnezzar), invited Jews to be ‘redeemed’ by being crucified in the fiery furnace of absolute and unqualified assimilation.

How tragic, indeed, that their perceived failure to do so led to a very different kind of ‘going under’ (Untergang), in the Shoah.

It seems that for Jews, like so many others, they are to be condemned for standing aloof from ‘Humanity in General,’ and yet also for presuming a shared Humanity they have no right to claim.

For the antisemite, the Useless Jew is just another Useless Human, and yet they aren’t.

The paradox is irreconcilable, for hatred can no more abide peaceful conciliation than it can abide separateness.

In the eyes of the Judeophobe, the Jews are those of who it can be said that remaining in their particularity makes them too alien and exotic to be loved, but striving for universality makes them too arrogant and presumptuous to be respected.

It is no surprise, then, the early Frankfurt School took upon themselves the stigma of respecting the useless.

Like the ancient Taoist, Chuang-Tzu, Horkheimer knew well how to find the uselessness of the useless.

Although Psalm 1 speaks of a prosperous and an abundant and a fruitful tree, the Taoists spoke of the virtue and the beauty of a useless tree.

However, it seems to me there is no fundamental contradiction here.

The uselessness of a tree is its refusal to be subordinated to mere usefulness.

And while I am really not sure whether the Frankfurt School have ever specifically alluded to the Taoists in their work, one core focus of this particular stream of critical thought, is the importance of avoiding the subordination of human beings to their mere use value alone.

Adorno and Horkheimer, among myriad other fascinating insights, have taken care to expose the tragedy of a nihilistic, bourgeois anti-society where people NEED a reason to go for a walk: it will be good for your health, for example, or any other end for which going a walk must be justified.

Why not just go for a walk?!

He and his colleagues were always careful to point out the terrible irrationality of rationalistic societies, where every act or every person or every thing requires a justification…

It is important that as human beings, and not simply ‘unmarked’ or ‘unparticular,’ purely ‘abstract’ human beings, never forget the value of being useless, or of doing useless things in life: whether it’s taking a walk, commemorating our war dead, taking a pilgrimage, praying, going to a place of worship, or even burying an old social media account and starting a new one.

For no matter what we do, human beings must never forget the power of symbolism.

There is nothing more powerful than an act that is not done for merely ‘practical’ and ‘rational’ purposes.

The worst possible reason you can have for doing something is ANY reason!

It’s time to remember, as the Taoists like Lao-Tzu and Chuang-Tzu or Lieh-Tzu knew, or as G K Chesterton knew, or the early Frankfurt School knew, that there is nothing less worthwhile than the useful, and nothing of more value than the useless.

To let the ‘useless,’ falsely so-called, have its place and to be prized and valued, is one of the most counter-cultural things one could ever do.

I need to respect my uselessness.

So do you, no matter who you are.

Your and my value is intrinsic, like any human being.

Value is what we possess by nature, usefulness is by nurture.

We need to start from first principles, rather than getting things topsy turvy.

True dignity is innate, and is not reducible to ‘success’ or ‘failure’ by any worldly standard.

This is something the Frankfurt School held to.

Such men were truly great minds and hearts of a people despised and rejected of men, the Jews, who were deemed too useless to ‘Humanity’ to be included in the Human Race, but also too useless as ‘Marked’ and ‘Particular’ Humans to be let alone.

They suffered a lot, as servants of truth, and Walter Benjamin even paid the ultimate price for diagnosing the ills of false Enlightenment, and refusing to uncritically lean on the side of Liberalism, Marxism or Fascism.

Being useless is a beautiful thing.

But in order to be truly useless, every human being must be deeply suspicious of any man-made, sectarian, manipulative, top-down ideology that claims to have all the answers, and that insists on making the useless useful, by making sure we can all be assimilated into the true System, or else rejected as unworthy, as unlovable and ultimately, as useless.