The Blogs
Dov Lerea
Apply for a Blog
Please note that the posts on The Blogs are contributed by third parties. The opinions, facts and any media content in them are presented solely by the authors, and neither The Times of Israel nor its partners assume any responsibility for them. Please contact us in case of abuse. In case of abuse,
Report this post.

The parasha describes the infamous scouting expedition Moshe commissions as a strategic move before planning the conquest of the land. I would like to propose that this narrative should not be read literally. The scouting expedition should not be read as an exploration of the topography of the land, but rather as a spiritual exploration of our own character as a people. 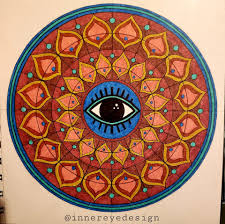 The word the Torah uses for “scouts,” is, tarim. Latur means, “to wander, to explore, to investigate, to notice something and be drawn in that direction.” The word, latur in one form or another, appears throughout the narrative at least 9 times, emphasizing the experience of exploration through the act of deep, penetrating observation. “Look, look, look, look, look everywhere,” Moshe commands them.  They looked and looked. They brought back amazing grapes and figs. They saw beautiful fields, and forests. They said, “The land flows with milk and honey.” They also saw giants and fortified cities. They saw obstacles to their conquest. In other words, they saw the potential, and they saw immediate realities. They did not bring back an inaccurate report. There were formidable challenges. They brought back a despondent, pessimistic report. They brought back a report filled with fear, that lacked faith and imagination for a better future.

“It is too hard,” the ten scouts said. “The people are too tough. They are gargantuan! We saw ourselves as grasshoppers! And since we saw ourselves that way, they must have seen us like grasshoppers, too!” The ancient rabbis expanded this moment. In a midrash, the rabbis teach us that those ten scouts sat shiva in the trees, wailing. As they were sitting there, hiding in the trees, the people heard the rustling of the leaves and said to each other, “What’s that? Ants?” The scouts overheard that remark, confirming their own self-perception: “See! They think we are tiny and powerless like ants!” (Rashi quotes this midrash, despite the fact the Torah text uses the image of grasshoppers.) The Torah is describing a lack of imagination. Their sin is actually closing their eyes to what they should have seen, and seeing only what they wanted to see.

What made Yehoshua and Calev different? When everybody was complaining, and wailing, and crying, and sniveling, and frantic, and avoiding their job, they said: “We can do it! It will be hard, it will be a challenge, but if we stick together, we can do it!” The Torah answers this question by telling us about Calev. The Torah says:

Rashi literally says that Calev thought one thing but said another. This is usually considered a negative character trait. However, in this context, Rashi means that Calev had the wisdom to know how to speak to get people to listen, to quiet down, to attend and to engage. Try as he might, the negative report of the majority exploded into chaos, resulting in the near-calamity of total annihilation. Moshe evokes Hashem’s 13 attributes of patience, compassion, mercy and forgiveness, and God calms down enough to renew the divine commitment to the Jewish people, albeit with the younger generation. The only other occasion on which these attributes of divine character are mentioned was in response to the egal hazahav, the “golden calf.” This suggests that replacing God with the egal and rejecting the independence and sense of responsibility to build their own society in the land of Israel share similar qualities. Idolatry is a form of enslavement. Indeed, our ancestors demanded that Moshe bring them back to Egypt rather than shoulder the burden of building a new society. That mind-set–the worship of an ossified caricature of God and the desire to have no responsibility for the freedom and well-being of others as a slave–is idolatrous.

I opened these teachings by suggesting that this scouting expedition should not be read as an exploration of the topography of the land, but rather as a spiritual exploration of our own character as a people. I return to that statement now. The parasha concludes with the mitzvah of tzitzit. The vocabulary of those short verses is striking. The constellations of words that describe the mitzvah of tzitzit echo the vocabulary describing the scouting expedition. Both sections utilize the word, taturu, “scout, look, see.” Both sections use the word for “wandering and lusting after our own eyes” rather than seeing the vision of our larger purpose in the world: zonim ‘acharei ‘enechem. The word, tzitzit, “fringe,” also means, “to look, to see,” as in, latzitz.  “Ure’item,” “look and see” also appears in both. The Torah forces us to internalize the scouting expedition as an inner, spiritual exploration of our own mind and character. When we look out at the world, how do we see the topography and the terrain? What is the nature of our inner landscape, and what does our “inner, third eye,” see? Do we see our own comforts and immediate needs like a golden calf? Are the challenges of building a society that dignifies, protects, and humanizes all inhabitants overwhelming for us? If we just want to be taken care of with a slave mentality, then we will not be able to turn with compassion to others and humanize them.

This parasha, and this scouting expedition, speak directly to our world. The Torah here is demanding that the Jewish people build outer societies that reflect the divinity of a humane inner world. Several times throughout this portion the Torah inserts rules for bringing offerings to God to express regret or gratitude, reiterating every time, “This applies to you and to the immigrant living in your midst,” or, “There shall be one Torah for all: you, and the immigrants residing amongst you.” The Torah’s message could not be more clear. This is a time of inner exploration, of taking stock. Are we acting in ways that humanize those who have been de-humanized? Are we contributing to the continued enslavement of others in order to resist change? In the Torah’s language, “Do we prefer to live in Egypt instead of shoulder the weight and responsibilities of freedom?” Those thin strings of the tzitziot are our constant reminders of this larger purpose. That blue string is meant to enable us to bring Heaven inside of us, and then look out at the world and work to transform it. Calev and Yehoshua had that ruch ‘acheret, a “different spirit.” May the same spirit nourish and inspire the Jewish people, with the courage to work towards greater humanity, dignity, justice, and safety for everyone in this country.

About the Author
Rabbi Dov Lerea is currently the Head of Judaic Studies at the Shefa School in NYC. He has served as the Dean and Mashgiach Ruchani at Yeshivat Chovevei Torah Rabbinical School, as the Director of Kivunim in Jerusalem, as the Dean of Judaic Studies of the Abraham Joshua Heschel School in New York, and as the Director of Education at Camp Yavneh in Northwood, New Hampshire. Rabbi Dov has semicha from both JTS and YU. He is married and is blessed with sons, daughters-in-law, and wonderful grandchildren. He loves cooking, biking, and trying to fix things by puttering around with tools.
Related Topics
Related Posts
Comments