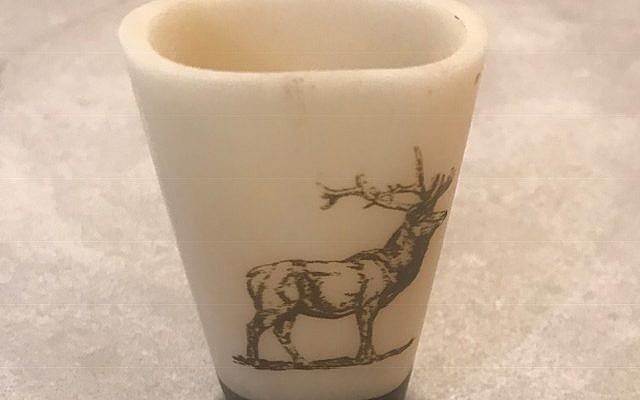 November 2018. Our fourth annual family reunion in Budapest is underway.

“Wow, look at that amazing shot glass,” I exclaimed, pointing to a booth, while strolling the through the festive Christmas bazaar with my mother and brother.

My husband – back in Israel – collects shot glasses from around the globe and I was thrilled to find something unique – handmade Hungarian folk art – in lieu of the usual made-in-China glass kitsch sold in the souvenir shops.

“Where are you from?” asks the 30-something seller, looking straight at my curly hair and impressively prominent nose.

Silence. I hesitate too long.

The city is bustling with Israeli tourists looking for an affordable European get-away, and they feel safe in Hungary. There is a relatively small Arab/Muslim presence mainly due to the Hungarian right-wing government’s decision to turn away refugees. Nonetheless, anti-Semitism, of the traditional European kind – rather than the new-fangled anti-Zionist kind — is alive and well in Hungary.

I look at my mother and she looks at me. My brother walks away.

“America” replies my mom in a Hungarian accent that no amount of time can eradicate. “We left in the early 70s when the kids were young ….. I live in New York and my son lives near San Francisco.” Never liking to lie, my mom “simply” omits me.

“How much is the shot glass?” I ask, in my best New York dialect.

The seller nods, looks straight into my big, deep-set, brown eyes and almost whispers…. “Elef hamesh-me’ot forint” (Hebrew for “1,500 forint,” a little more than $5, a little less than NIS 20).

“What did you say?” I respond automatically. And then, it dawned on me. It was happening again…. that strange phenomenon that I encountered during the three years I lived in Hungary during the early ’90s, and on each subsequent trip to this land of my birth.

The Confession. The Secret. Revealed.

100,000 Jews and people of Jewish origin continue to live in Hungary, the vast majority in Budapest. On the one hand, there are those who speak of a “Jewish revival,” and indeed today there exists a vibrant array of Jewish inspired foods, fairs, synagogues and educational institutions. 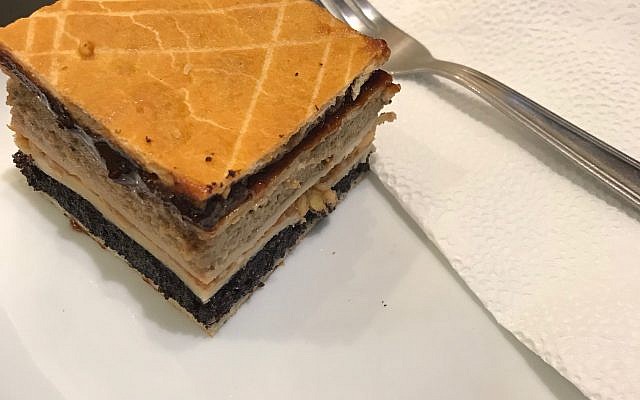 Yet, since the end of the Shoah and to this very day, many Hungarian Jews are more than discreet vis-à-vis their religious and cultural identities. Magen David (Jewish star) necklaces, if worn at all, are hidden under sweaters and mezuzahs are on the inner doorposts, so as not to alert the neighbors. Many of my close friends did not even know of their heritage until later in life. Under Communism, religion was supposedly moot, yet anti-Semitism survived the revolution.

One good friend was 13 when her grandmother revealed their secret. Another friend discovered his Judaism only when, as a teenager, he returned from school spouting anti-Semitic slurs. His dad exposed the frightening truth that, in fact, he was a Jew, but despite his rather mature age of 16, he still had trouble processing such disturbing information. Flabbergasted, he asked “You mean my sister is Jewish too?”

“I’m sorry,” I quickly mumble before the other customers catch on to the bizarre interplay. “I didn’t realize…Yes, I am from Israel, but my mom and brother really are from the States.” His eyes lit up and he rushed to tell his story. “I was just there, in that place (Israel), and I can’t wait to go back. I want to move there, but have to get my stuff in order. I go to the synagogue near Teleki Ter.” Boasting about my geographical knowledge of the city, I answer “Yes, that is in the 8th district. I was born there….on Nepszinhaz Utca.”

I purchase the shot glass, handing over my “elef hamesh-meot forint” and we part our ways with a “Viszont latas” and “L’hitraot.”

Yes, yes, all four of us felt it…. that bond – of familiarity, of suspicion, of simultaneous belonging and “otherness” that was always present and still remains for Jews in the ancient Land of the Magyars.