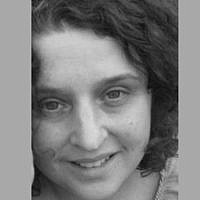 The Blogs
Baila Brecher
Apply for a Blog
Advertisement
Please note that the posts on The Blogs are contributed by third parties. The opinions, facts and any media content in them are presented solely by the authors, and neither The Times of Israel nor its partners assume any responsibility for them. Please contact us in case of abuse. In case of abuse,
Report this post.

It’s been almost 7 years into this adventure of ours, of living in this adopted country that can be so strange and so familiar at the same time.  In those almost-7 years this is my third War.  If it makes you feel better call it an Operation.  There are apparently technical reasons for calling it that.  But, as the old saying goes, if it walks like a Duck and talks like a Duck, it’s a Duck.

Rockets are coming fast and furious.  In our city, until last night, we had been spared the wail of the air raid siren.   I had been waiting for the other shoe to drop without even realizing it.  I had been worried that somehow I would miss it, wouldn’t hear it, wouldn’t understand what was happening when it did come. How naive of me. When it came that first time, minutes after Shabbat had ended, every fiber of my being knew exactly what it was and knew exactly what to do. We are blessed both to have a Safe Room in our home, and to have 90 seconds to get to it. Many Israelis have 15 seconds to get to a public shelter that could be a block or more away.

In the past 24 hours, I have heard that siren four times.  If you are reading this from the diaspora, you are probably horrified.  And yet, my fellow citizens in the South hear that piercing sound ten-twenty-thirty times a day.  And every time they have to find shelter.  For their children. For their parents.  For themselves.  Every. Single Time.  While still continuing to maintain some semblance of normalcy, while trying to continue to work so they can maintain their families.  You can understand why I feel blessed.

Wars, or Operations, I suppose bring out the worst, and the best in people.  Over here on this side of things I only see the best.

So many heroes, so little time.

I see an army that sends leaflets to the citizens of Gaza, telling them what time and where targets will be hit so that civilians can evacuate in time.

I see  young soldiers willing to fight and defend our right not only to exist, but to live a life free of rockets.

I see their mothers and fathers who send them off.  Some of these mothers are my best friends.  Some of them have two or more sons or daughters serving their country.  These mothers go about their business with quiet dignity.  All I want to do is ask them twelve times a day, “have you heard from them?  are they okay?”.  But I don’t, because if these soldiers are on my mind, I know they are forever in their mother’s hearts. And they will share what they can, when they can.

I see an old friend, always moving, always doing.  In the midst of his own personal crushing work schedule, he’s off running to Sderot in the South to bring them gifts and support their businesses.  Or he’s raising funds to help support our soldiers waiting for their orders.  He’s just a regular guy.  But not really.

I see the elderly chareidi secretary at my job telling me that she has been through eight wars–eight wars!–here in Israel, and that now she is to old to run down three flights to the bomb shelter, but that she trusts that G-d will do the right thing by her, whatever that may be.  And no, she didn’t count the intifadas in that Number 8.

I see planeloads of brave people arriving at Ben Gurion Airport.  Planes carrying all sorts of heroes.  Israelis who want to be here with their people. Tourists who refuse to cancel their trips to show solidarity.  High school students spending their summer here in Israel (and I have to mention their parents who send them and aren’t panicking, who understand how their children’s Jewish identity and love of Israel is being formed by being here at this particular time).   Soldiers who have recently finished their IDF service and are traveling, but are returning because they know that what they can contribute right now is invaluable.

I see friends who arrived on one of those planes who are determined to celebrate their youngest son’s bar mitzvah at the Kotel.  They disembarked from their El-Al flight and were sent straight to a bomb shelter. They arrived at their destination and heard their first siren. Noone has said anything about ending the trip early.  Noone has complained. They just adapt and adjust. Just like Israelis.

I see my own children, all our children.  So brave and full of humor and compassion.  My eldest, working with special needs kids, knowing exactly what she needs to do to protect them should the need arise.  My youngest, my most Israeli, taking bomb shelter selfies and informing us always of what is correct Israeli etiquette and protocol even during  an Operation.  My middle child, leaving for America next week and expressing fears about being alone.  When I told her, “it’s okay, you’ll be able to relax in America for a bit”, she said, “but I don’t want to be in America, I want to be in Israel”.

And yes, I don’t mind saying I see myself.  And my husband and my friends and who have also made  the choice to come live here.  And Israelis who have been here their whole lives and by not leaving, make the choice to stay. There are so many of us who care so deeply about this place, deeply enough to actually be here when the sky is falling.

I only wish there were more.

Because you can never have enough heroes.

About the Author
Baila used to be a prolific blogger until Facebook conquered the world. She has since forgotten how to post anything that is more than 140 characters. Recently she has been bravely trying to get back into the blogging business, but it hasn't been easy. Baila enjoys piña coladas and getting caught in the rain. In her other life she is an SLP who made Aliya nearly seven years ago with her husband Isaac, her three daughters and Ozzy the Wonder-Dog.
Comments