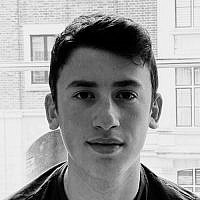 The Blogs
Amichai Lerer
Apply for a Blog
Please note that the posts on The Blogs are contributed by third parties. The opinions, facts and any media content in them are presented solely by the authors, and neither The Times of Israel nor its partners assume any responsibility for them. Please contact us in case of abuse. In case of abuse,
Report this post. 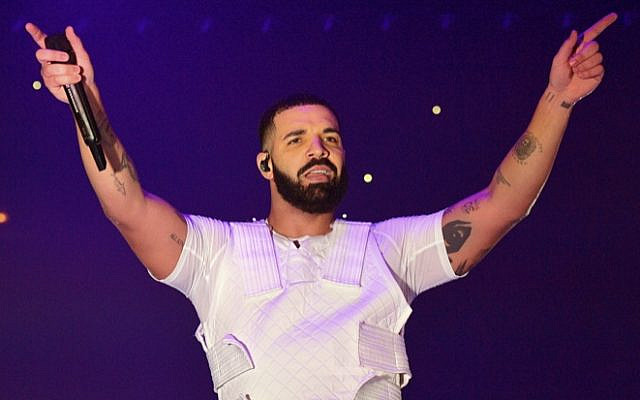 Canadian rapper Drake is no stranger to performing for big crowds, which is probably why he aced his Haftorah.

For such a small minority on earth, the Jewish people have had a consistently groundbreaking impact on music; since the days of the second Temple, to the most successful hip-hop artist of the 2010s…

Music is the language of the soul. So much so, that Jewish prayer often mentions the singing of the angels in heaven, and the hymns and songs written by King David at the time of the second Temple (most notably the ‘Tehillim’ (Psalms)) have had such an impact on the world that Judaism is not the only religion to recite them regularly, for the sheer beauty and genius of the songs has been adopted by Christianity too, who proudly sing them in their places of worship, appreciating the musical genius of the former king of Judah.

Not only has King David’s monumental book been adopted by religion worldwide, but it has also been adapted as an inspiration to modern-day music: In the 1980s, Canadian folk singer and poet, Leonard Cohen, (I don’t think I even need to tell you that he’s Jewish) recorded one of the most iconic songs of all time: The perfect anthem that is “Hallelujah”. In the opening verse, Cohen references King David’s musical prowess with a line recounting his famed “secret chord”- a beacon of spiritual power between his harp and God. Cohen is not the only musical genius to understand the impact that King David had on music: Bono, the lead singer of 22-time Grammy award-winning rock band U2, states how he has “thought a lot about David in life. He was a harp player, and the first God heckler – as well as shouting praises to God, he was also shouting admonishment. ‘Why hast thou forsaken me?’ – that’s the beginning of the blues”. Now, although it’s safe to say that the format of Blues music didn’t fully take shape until the late 19th century, there is no doubt that the charm and spirituality displayed by the leader of the Jews way back when have been followed suit by plenty of other Yiddishe artists in modern times. Shabtai Zisel ben Avraham (yes, that is THE Bob Dylan’s Hebrew name) has been internationally loved for decades for his folk and blues rhythms, and never strayed nor failed to give recognition to his Jewish roots throughout his career. He remembered those that were tragically lost in the Holocaust via “with God on our side”, referring to the “6 million… in the ovens they fried” in this 1963 protest song. Further Torah references in the form of Jacob’s famous ladder-to-heaven dream and Abraham being told to sacrifice his son Isaac, show that Dylan never shied away from his heritage as he warmed the ears and touched the souls of millions around the globe.

Dylan may have been one of the leading pioneers in a decade that changed music forever, but he was certainly not the first Jew to do so: In the mid-19th century, Felix Mendelssohn and Giacomo Meyerbeer, both from Germany, created an extremely unprecedented moment in classical music history, by becoming the first two Jewish composers. However, their impact reached out far greater than anyone could have imagined. They weren’t just known as the two Jewish composers, they were also the two best. Mendelssohn, the grandson of the Jewish philosopher Moses Mendelssohn, created pieces so impressive during the romantic era of classical music that he is well known as to having revived interest in the music of the world-famous Johann Bach (a composer whose work is still being studied and appreciated today) as well as being regarded as one of the leading and most influential artists in this era of classical music. However, as unfortunately so often happens, Mendelssohn’s death was succeeded by antisemitic criticism to his work, particularly from fellow musical contemporary’s, most notably from composer Richard Wagner, who, in a brochure titled ‘Das Judenthum in der Musik’ (Judaism in Music) attacked the Jews in general, alongside the impact they were having in music, with Mendelssohn and Meyerbeer specifically targeted in a publication that is regarded as an important landmark in the history of antisemitism in Germany.

Fast-forward 170 years and nothing seems to have changed. As I write this, renowned grime artist ‘Wiley’ has just been banned from social media and, after horrible antisemitic rants about the Jewish influence on music that in some ways mirrors what Wagner was saying all those years ago, criticising the impact that Jews have had on not just music but across all fields. The “godfather of grime” referred to Jews as “snakes” and “at war” with black people, and even stated that Jews should “hold some corn” which is slang for “to be shot”. This horribly antisemitic tirade of tweets came after an incident between him and his Jewish manager John Woolf, and led to Wiley claiming that Jewish people have too much of a hold on black music and culture. Now, technically, he’s not wrong, but this is not through the anti-Semitic Jewish stereotype Wiley is referring to. Jews do have a large impact on rap and black culture but not in the ways you’d expect them to be…

In the USA, the man who has spent the most consecutive weeks in the Billboard Top 100 (their official charts), the most entries into the Billboard Top 100, the most top 10 hits in the Billboard Top 100, the most simultaneously charted songs in a single week in the Billboard top 100, with 4 Grammy wins and a total of 180 career awards, holding the record for the most digital song sales ever, and the second-highest selling rapper of all time, is the proud Canadian Jew: Drake. Born to a black father and a Jewish mother in Toronto in 1986, Aubrey Drake Graham has dominated the rap scene for the past 10 years, consistently accumulating record-breaking sales and awards, influencing music to a degree where very few can fathom the extent of his impact on music and pop culture as a whole. In 2018, it is said that Drake was responsible for 5% ($440m) of Toronto’s $8.8bn total annual tourist income- statistics that no one has seen in the world of music since the days of the great Beatles. Being in such a position of respect and influence, Drake is never shy to express his Jewish identity, most notably through his 2012 hit single “HYFR”, which won several awards including MTV video of the year award, for an epic music video that saw Drake celebrating his “re-bar mitzvah” in a synagogue alongside several other household rap names, including a scene of Drake himself reading from the Torah, as the profane lyrics blare in the background- but the sentiment stays the same; this, alongside several interviews and sketches regarding his religion, shows that the second most successful rapper of all time is a proud Jew and will always stay that way. (Spoiler- Wiley is not first).

As I conclude this article, I look back on the comments of Wagner and Wiley and I just see pure hatred rather than deserved appreciation for the astronomical impact that Jews have had on music as a whole. I mentioned Cohen, Dylan, and Drake, but I could’ve written this piece about Billy Joel, Neil Diamond, and Amy Winehouse, and the achievements would’ve been just as impressive. The general consensus is that perhaps the important role music played in early Jewish history was just a sign of things to come. Miriam famously led the Jewish women to sing and dance with tambourines after the splitting of the Red Sea, and Levites were known for their musical talent as they performed for the Kohanim as they entered the Temple. In fact every morning, before shacharit, we say P’sukai D’Zimra (verses of song) with Kabbalists saying that we begin our day with singing to prune off any spiritual impurities in preparation to pray to God, for music is regarded as having a spiritual power in Judaism.

Maybe it’s in our genes then. You can never be too sure, but mathematically, the impact that Jews have had on music is phenomenal, and it’s not slowing any time soon. Take that Richard Wagner.