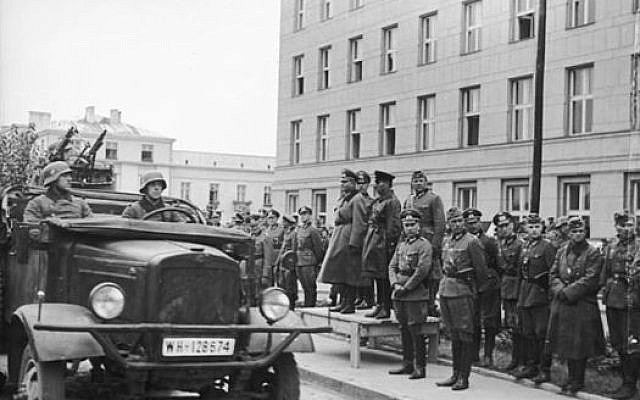 September 17th, 1939 was the day of the Soviet – Red Army invasion against Poland. On that day the German Nazi and Soviet Russia alliance was forged in common fight against central European countries and most shockingly against their civilian populations. The two totalitarian state ideologies unexpectedly allied till June 22, 1941, started to execute the lethal policy of social cleansing over the dead body of central European countries. Civilians became a major target for the first time in history of European conflicts.

If your family fled east in early September, which was the natural instinct to run from the German Army entering Poland, then very likely they will be traced and registered by the Soviet security apparatus NKVD. There is a very good database developed within 1988 and 2013 by Archiwum Wschodnie and KARTA showing the NKVD documents on Polish citizens interned or deported. Unfortunately it is a bit rigid to use, as from 2013 it is administered by IPN and its development was abandoned.

who risked and still risk a lot for historical truth in the times of dominating politics of memory in service of current politics.

Publishing the photo featured above and disseminating content about the Soviet – Red Army invasion against Poland put some friends of mine in Russia through police investigation and prosecutors charges.
About the Author
I hold an MA in International Relations and Politics and an MA in Middle East Studies, both from the Jagiellonian University in Krakow. I am a PhD in the field of Political Studies, writing on the changing patterns of Holocaust and Auschwitz memory. I am a scholar of comparative genocide studies and author of a book "Auschwitz after Auschwitz". I work professionally as Jewish genealogist. I am a guide and genealogist through complicated matters and sites. My research company Polin Travel was initiated in 2000 to merge three of my passions: Jewish history, genealogy, and guiding. The last 20 years brought many explorations, genealogical finds, and emotions that proved to be transformative for me and my clients. Pursuing an academic career I don't lose sight of moving my travel activities on-line with first successful on-line guided tours, on-line genealogy, supported with customized films, and lectures. During the COVID pandemic I initiated a new visual history and historical site interpretation project SKY HERITAGE PICTURES.
Related Topics
Related Posts
Comments