I explore this week’s Torah portion in relation to two of my blogart projects: “Creating a Spiritual Blog of Your Life” and “Future Holocaust Memorials”. 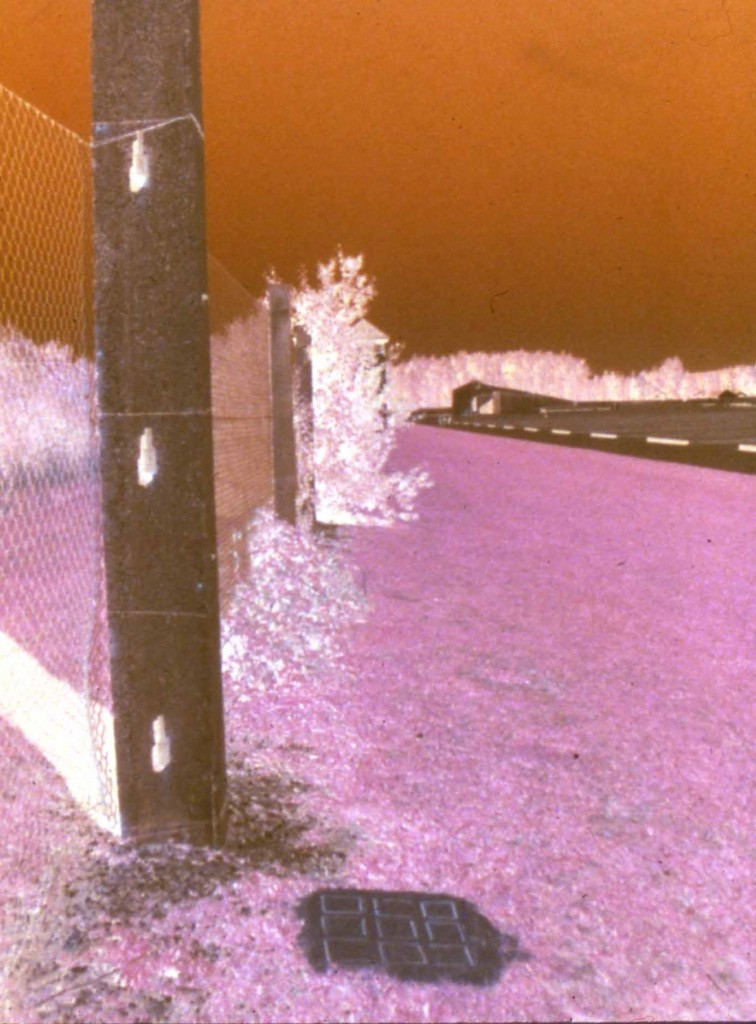 THE SPIRIT OF AMALEK IN GERMANY

Rescue me, please, from the hand of my brother, from the hand of Esau, for I fear him lest he come and kill us all, mother and children alike…. Jacob went to Sukkot….  Esau was the ancestor the Edomites.  (Genesis 32:12,17,43)

Remember what [the Edomite tribe] Amalek did to you on your way out of Egypt.  When they encountered you on the way and struck those of you who were weak and lagging behind when you were weary and exhausted. (Deuteronomy 25:17,18)

The spirit of Amalek rises up in every generation to murder Jews because they are Jews from the time of the Exodus to the Persian Haman.

And to the Spanish Inquisition to the Russian pogroms to the Holocaust orchestrated by Hitler with Germany efficiency.

Arising once more in Persia today as Iran develops nuclear weapons to wipe Israel off the map.

Germany is promoting a second Holocaust by doing billions of dollars’ worth of business with Iran despite international sanctions.

The week of Vayishlah, Mel was keynote speaker at the symposium “Postdigital Narrative Art” at Germany’s ZKM Center for Art and Media.

Mel’s presentation focusing on this blog as postdigital narrative art was presented in what was formerly Hitler’s torpedo factory in Karlsruhe.

In the 1200’s, Munich’s Jews were herded into the synagogue and burnt to death.  In the 1700’s, Munich authorities made it illegal to build a sukkah. 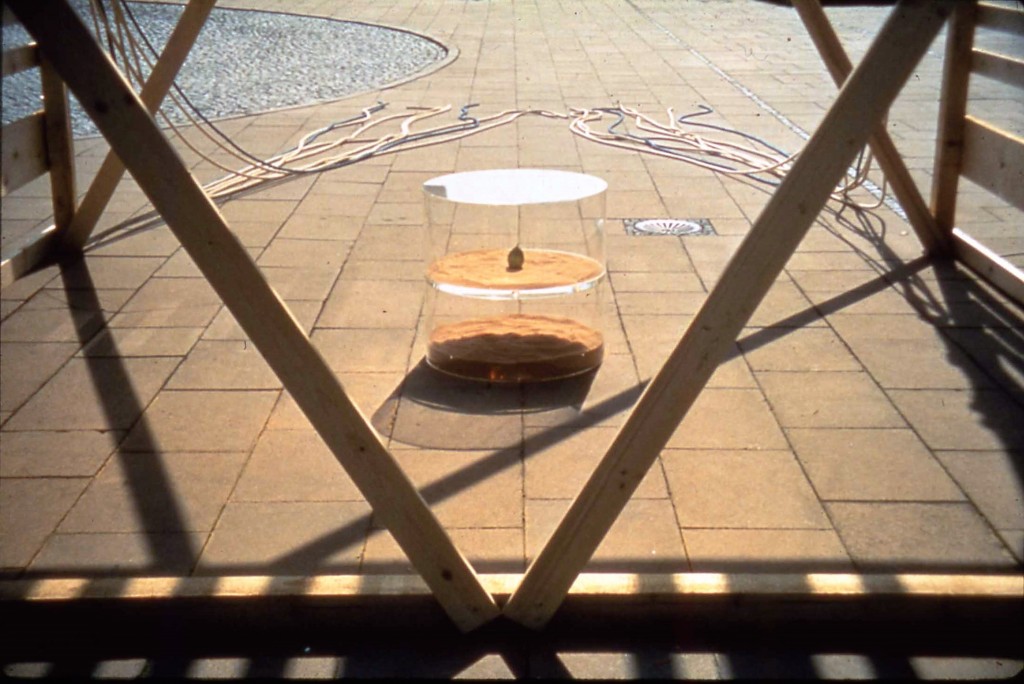 For Sky Art ’83, Mel built a sukkah at the entrance to the BMW Museum in Munich that was attacked by a neo-Nazi motorcycle gang.

Although they failed to destroy the sukkah, they smashed the table holding earth from Israel that had cast its shadow on the sukkah floor.

The scattered earth was swept up.  Mel spread it on the grass at the site of Hitler’s death camp in Dachau.

He wrote from multiple viewpoints the word sukkah with Hebrew letters constructed from rebar rods discarded at a building site.

(See all the photos for the blog post above at http://bibleblogyourlife.blogspot.com and more photos and texts about my art projects mentioned at my website http://melalexenberg.com.)

PARTNERSHIP BETWEEN GERMANY AND ARABS TO EXTERMINATE JEWS

Current Palestinian leaders from Fatah to Hamas are the heirs of the Grand Mufti of Jerusalem who joined the Nazis in exterminating Jews.  Below is the Nuremberg trial testimony of SS Hauptsturmfuehrer Dieter Wisliceny (Adolf Eichmann’s right-hand man):

“According to my own opinion, the Grand Mufti [Hajj Amin al Husseini], who has been in Berlin since 1941, played a role in the decision of the German Government to exterminate the European Jews, the importance of which must not be disregarded. He had repeatedly suggested to the various authorities with whom he has been in contact, above all before Hitler, Ribbentrop and Himmler, the extermination of European Jewry. He considered this as a comfortable solution of the Palestine problem. In his messages broadcast from Berlin, he surpassed us in anti-Jewish attacks. He was one of Eichmann’s best friends and has constantly incited him to accelerate the extermination measures. I heard say that, accompanied by Eichmann, he has visited incognito the gas chamber at Auschwitz.”

In the last election for a Palestinian parliament, the majority in both the West Bank and Gaza elected Hamas whose charter reads:

“Israel, by virtue of its being Jewish and of having a Jewish population, defies Islam and the Muslims…. Muslims will fight the Jews (and kill them); until the Jews hide behind rocks and trees, which will cry: O Muslim! there is a Jew hiding behind me, come on and kill him…. We must spread the spirit of Jihad among the [Islamic] Umma introducing fundamental changes in educational curricula: ‘I swear by that who holds in His Hands the Soul of Muhammad! I indeed wish to go to war for the sake of Allah! I will assault and kill, assault and kill, assault and kill.’”

PROPOSAL TO DOUBLE THE SIZE OF BERLIN HOLOCAUST MEMORIAL

In the tradition of Picasso’s Guernica extended into networked times, I created the “Future Holocaust Memorials” blogart project http://futureholocaustmemorials.blogspot.com  to prevent a second Holocaust before Islamists worldwide from Tehran to Gaza execute their plans to wipe Israel off the map with the acquiescence of the EU and UN.  As a wake-up call to those nations that cried crocodile tears as they built Holocaust memorials, I offer to double the size of their memorials in advance to the extermination of the other 6,000,000 Jews living in Israel today.  Never again?

70 years after Holocaust #1, Germany was quick to sign off on a deal with Iran so that it can profit from Holocaust #2.  It leads the EU that passed a resulution to boycott Jewish businesses in Judea and Samaria choosing to forget that the Holocaust began with the boycott of Jewish businesses in Germany.  The EU resolution was passed at the time when Kristallnacht was publically remembered.   On the ‘night of broken glass’ Germany upgraded its boycott in 1938 to murder Jews, destroy Jewish businesses, demolish thousands of Jewish homes, hospitals, and schools, burn down 1,000 synagogues, and ship 30,000 Jews off to Nazi concentration camps.

My “Future Holocaust Memorials” blogart project that I began a decade ago follows in the tradition of Picasso’s Guernica crying out against the bombing practice by Hitler’s burgeoning war machine killing hundreds in a little Basque village in northern Spain in 1937.  Just as the world’s acquiescence to Hitler’s raining bombs on the village of Guernica gave him the license to proceed with preparing for WW II and exterminating the Jews of Europe on his way to global conquest, the world’s indifference to the thousands of rockets launched against Israel by Iran’s proxy armies, Hamas and Hezbollah, are empowering Iran to annihilate the Jews of Israel as a prelude to global conquest.

As Germany joins in mourning the victims of Islamic jihadist’s terrorist rampage in Paris, Arabs in Gaza and the Palestinian Authority celebrate.  Although more Jews have been murdered per capita by Arab terrorists in the past month in Israel, no one put the Israeli flag on their Facebook pages like the French tricolors splashed everywhere. 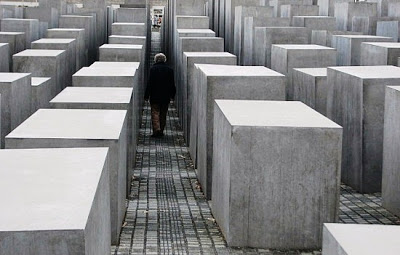 I propose upgrading the Berlin monument that Germany commissioned to commemorate their having exterminated the first 6,000,000 Jews.  It is a sprawling field of 2,700 stone slabs. I propose doubling its size by adding 2,700 more stone slabs as a future memorial to the six million Jews of Israel incinerated by an Iranian nuclear bomb. 5,400 stone slabs for twelve million Jews murdered.

70 years of Holocaust #1, Germany was quick to sign off on a deal with Iran so that it can profit from Holocaust #2. As Iran’s major European trading partner today, German businessmen are whetting at the bit to end sanctions.   Even before the agreement was ratified, and sanctions lifted, German Economy Minister Sigmar Gabriel flew to Teheran to be the first in line to make billions through renewed trade with Iran.  The Germans were there two weeks after the virulent anti-Semitic al-Quds parade lead by President Rouhani celebrating Iran’s intention to destroy the Jewish state.

Instead of telling the Iranians to end their Holocaust denial, support for terrorism, genocidal threats, the Germans are busy arranging to reach ten billion worth of business per year, including the sale of dual-use technologies to boost Iran’s nuclear and missile development.