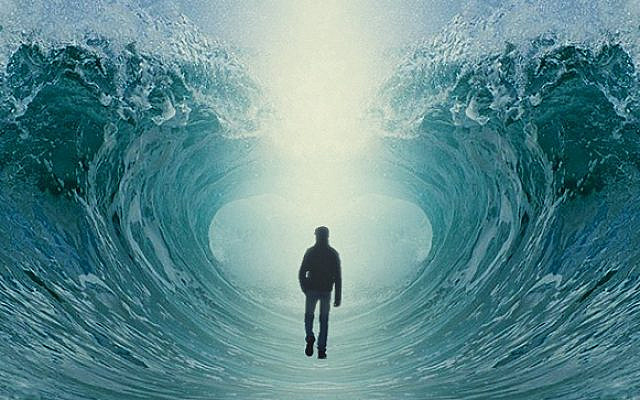 The question is asked why there needed to be the separate miracle of the splitting of the Sea for the Children of Israel six days after their miraculous departure from centuries of servitude in Egypt.

One answer given is that it wasn’t enough for the Jews to be released from their forced bondage to their slave masters, but that they needed to see with their own eyes those very slave masters removed from the world, no longer able to inflict upon them harm or suffering. And to understand that freedom from slavery doesn’t always happen, and maybe can’t even happen, in one grandiose moment, but rather that it is a process. One that takes time. But, nonetheless, one that will happen.

But more than that, the newly emerging nation of Jews needed the miracle of the splitting of the sea to understand and to internalize the fact that they really were now living in a new reality and that the changes that took place a few days prior really did take place and were not temporary. They needed to walk into the open depths of the split sea to demonstrate to themselves their newly awakened ability to walk a new path of life and to understand that there was no going back, only forward.

Our generation’s “C”, Coronavirus, has torn our world wide open, in a way none of us could have ever imagined, giving us a rare and golden opportunity to take a deeper look at ourselves and how we live our lives.

My hope is that, after witnessing this virus’ awesome power to stop our lifestyles that seemed unstoppable and bring to a halt a global economic structure that seemed incapable of being halted, we realize that nothing is forever, that sometimes change is absolutely vital for true happiness and survival and, most importantly, that we have within us the ability to change and to move forward down a new path.

Passover teaches us that slavery is both physical and mental and how in order to truly be free we need to free ourselves from both aspects. When the Corona crisis is finally over and we are allowed to emerge from our lockdowns and quarantines, before we “go back” to our normal lives, we will have the opportunity to ask ourselves which facets of our previously normal lives we want to bring back and which things we want to leave behind. Which are really essential to our well-being and happiness, and the well-being and happiness of the entire planet, and which are not.

This question could be one of the most important questions humanity will ever have to answer.