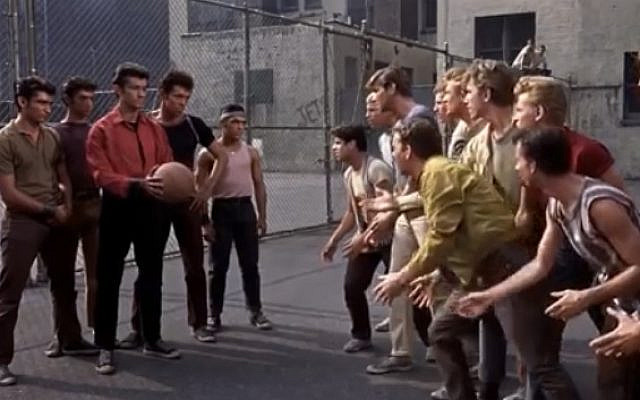 The last place in the world I wanted to be last night in the middle of this pandemic was Urgent Care.

But sometimes you gotta take a deep breath (which is hard to do behind your mask, believe you me) and suck it up and go when you know you need a doctor, and antibiotics.

But the good news is, as it turns out, Urgent Care is also the last place in the world *everyone else* wants to be in the middle of a pandemic, so it was pretty empty.

We wore our masks.

We wore our gloves. The guy behind the counter spoke Arabic with my partner. The nurse spoke Hebrew with me.

They know us by now.

And they know our anxieties.

We kept our distance.

But then these three guys came in, loud, laughing, and all hopping on one foot.

Maybe they were in some kind of accident?

If this were ‘Murca, I’d have guessed football.

But this was about two hours into Shabbat in the middle of Israel, so…

For a minute, I assumed the three were Arab: They looked like they could have been my partner’s younger brothers — All in jeans and black sweaters, black hair gelled like all the soccer players

And that’s the funny thing: in Israel, even though citizens are too often treated differently, you can’t always tell who’s a Jew and who’s an Arab. Not that it should matter, but tragically in the way we treat each other it too often does.

But what DOES ACTUALLY matter, is none of these jackasses were wearing masks.

“Itzik, leave me, dude.” The other replied.

The first guy hopped to the window, and spoke Hebrew to the Arab receptionist.

The Arab receptionist responded in Hebrew.

“Maybe they’ll give them a mask,” I said to my partner in English.

“It is the law,” he replied. “Everyone needs one.”

One of the guys put on a mask, but the others didn’t.

I started to hyperventilate – which is scary AF behind a mask when you can barely breathe anyway.

“Why don’t they have masks?” My panic rising…

The guys continued to laugh and joke and one opened a package of sunflower seeds.

“Hey, guys, could you please put on masks?” My partner asked.

“Do you think this is a joke?” My partner asked in Hebrew, squaring his shoulders.

“Did I say that?” The other guy sneered.

“I have family who could get really sick”

“Exactly.” My partner said. “So put on a fucking mask”

The other man glared.

He clenched his fists.

And there we were in the waiting room:

Two angry men – Arab and Jew – in a social distance stand-off. Several meters apart, eyes boring into one another, chests puffed out, fists ready to fly, ready to rumble.

It would have been funny if it wasn’t so scary:

The Jewish guy hopping on one foot.

The Arab guy with his arm around me.

The rest of the waiting room was silent.

The air thick with tension.

My heart hammered in my chest.

Even with the mask I could smell my own sweat

“If this were Bethlehem, I would call my boys,” my partner whispered to me.

“Dude, your boys in Bethlehem are under lockdown.” I whispered back.

“Yeah yeah, I meant ten years ago that’s how it works.”

The thing is, there were three of them and even though they were all hopping on one foot, I know that these things can take a really nasty turn.

You never know when someone has a knife.

So I tried another tactic:

“You do know,” I said as gently as I could, “that if the police sees  you without a mask, you’ll pay a fine.”

THAT got their attention.

“Hey do you have any masks?” He asked the guy behind the counter.

“No, we need them for the doctors.”

Everyone sat back down.

But my heart was still pounding.

“Hey I have some extra masks,” I whispered to my partner.

And three of us went out into the parking lot together to the car to get them.

“Thanks, my friends,” Avi (Itzik?) said and I handed him two masks – one for him, one for his friend.

“Of course, we are all in this together!”

We went back inside.

They put the masks on upside down,

“No like this,” my partner said and showed him from several meters away. “Turn it around.”

The ending is too trite, too sweet and all tied up with a pretty little ribbon – because no way this could have happened.

But this *did* really happen exactly as I told you.

This is life here right now.

Arabs and Jews – and all the people in the waiting room – all of us, just people, stuck in the last place we want to be.

Trying to get through this.

And for those few minutes in that waiting room at Urgent Care, we DID go through it.