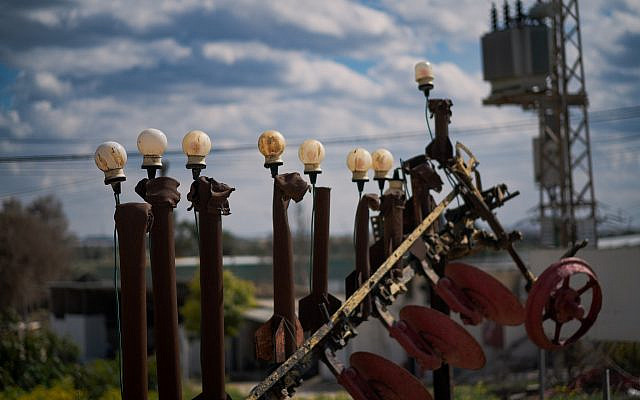 “Whoever observes the lighting of the Hanukkah lights will merit children who will be scholars!” Wow! What is up with that? Let us go through some history.

The Jewish People entered the land of Israel, and about 400 years later, notwithstanding their many difficulties, the first Temple was built by King Solomon. During the times of the first Temple in Jerusalem, which stood for 410 years, the prophets warned the people to improve their ways. Unfortunately, ten tribes out of twelve were banished from the land. Then came the destruction of the first Temple by the Babylonians.

The second Temple was built in Jerusalem 70 years later under the leadership of Ezra the scribe. Ezra encouraged many to come back to Israel, and many did return.

Living now in the land of Israel were the tribes of Judah, Benjamin, and the Levites. The Persians exerted their control over Israel, and then, due to ongoing wars, the Greeks imposed their power over Israel after Alexander the Great.

About two hundred years after the building of the second Temple came the Hellenization of the people. Strict observance of the Bible law was being compromised by the “forward” thinking of the times. The people’s attention was directed to the health of one’s body as the new “religion.” The Olympics is one creation of those times.

Most of the people — caved into the pressure. As the influence of the Greeks approached Jerusalem, specifically the town of Modiin, a priest by the name of Matisyahu, the Hasmonean, son of Yochanan, the priest, decided he would not give in to the pressure.

Although the army of the Greeks was stronger, more qualified, and more numerous by far, Matisyahu followed the example of Abraham, Gideon, Joshua, David, and so many more in our history, for whom their faith in God, inner soul, and flame aroused not to feel challenged by what seems to be the overwhelming power of darkness. Matisyahu understood that the light and flame of a Godly soul could chase away much darkness, even when the darkness appears vast — “Not because you are more numerous, but because I love you,” says God.

When Matisyahu was ordered to offer a pig for a sacrifice, he mustered the courage, killed the representative of this deviant and mistaken way for the people of Israel, and was forced to flee to the mountains.

Matisyahu cried, “Whoever is with God, (come) to me.” His family and a small group of righteous, pure souls started terrorizing and fighting this vast army. They fought with the slogan, “Who is like God among the strong.” In Hebrew, the first letters of these words spell “Maccabee.”

Because of this strong, unwavering faith in fighting for God, the Maccabees miraculously overcame the vast army and again established the untainted spiritual practices of the Temple. The rulership of the land returned to the Jewish people.

“Observing” this holiday means looking into the lights and listening to their story, remembering that thanks to these few fighters and the Maccabees who would not cave in that we celebrate our holiday today. Underscoring that it is not always the majority of people (even of your kind) whom we should follow. Someone must stand up for what is correct and proper. No matter how great the darkness, sticking with the Godly path is the winning path, the path of light.

About the Author
Rabbi Shlomo Ezagui is an author and lecturer. "A Spiritual Soul Book" www.aspiritualsoulbook.com & "Maimonides Advice for the 21st Century" www.maimonidesadvice.com. Rabbi Ezagui opened in 1987 the first Chabad Center in Palm Beach County, Florida, and the first Orthodox Synagogue on the Island of Palm Beach, Florida.