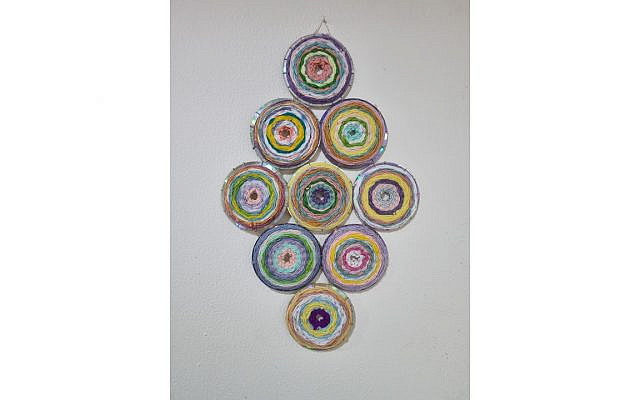 Clara was a resident of the nursing home where I work as a physician. A 90-year-old Holocaust survivor orphaned in WW2, she was a widow with no children. Her few cousins and husband had long since died. She herself died last month, after a hard life. In her way, she tried to make the best of it. This is her story from my perspective.

When she arrived at our nursing home in 2015, she was suffering from chronic lung and heart problems, dependent on oxygen around the clock and wheelchair-bound. Although she had a hearing deficit and some cognitive deterioration, it was possible to communicate with her effectively, especially on medical issues — albeit with some effort.

Throughout her years in the nursing home, she felt very much alone. Although her nephew and niece (S. and T.) on her deceased husband’s side visited her regularly and tried to treat her like a parent, this counted for little with her when she saw other residents surrounded by biological sons, daughters and grandchildren.

Although S. and T. were her only visitors, she treated them harshly, often complaining and expressing unreasonable discontent with them. Initially, they were bewildered by her nagging criticism, until I provided them with a logical context. I explained to them that her life was hard, that she was most likely furious to find herself in her current predicament. She was not really angry at them but at her situation. I asked them: On whom else could she (unconsciously) vent her anger? If she were to take it out on the treatment team, they could retaliate by mistreating her.

Were she to take it out on herself, she could easily become depressed. Unconsciously, she assessed that her remaining loyal family was the safest outlet for her over-brimming anger. She knew that no matter what, S. and T. would continue to visit. Psychologists describe the anger that is diverted from its source to a safe target as being displaced anger. I have often seen cases in which a nursing home resident is vitriolic specifically towards the most loyal family member. In such cases I recommend that families assess the resident’s complaint, and, if it is invalid or out of proportion, consider that it may well be displaced anger.

Clara could also be hard on the treatment team and others around her. Opinionated and demanding, she did not always get along well with people. She was also jealous and was torn apart by the sight of sons and daughters visiting the other residents, while she had no close blood relatives who came to see her.

She was feisty and determined. She actively participated in social activities – mainly arts and crafts — so much so that, if Orna the social director reported to me that Clara was sleeping through an activity, I would wonder if her medical condition had deteriorated and required investigation and intervention. Attached is a photo of one of her last works, which took her long hours to complete.  Similarly, she treated the group sessions with the physiotherapist, Jamil, very seriously, and would participate no matter how poorly she felt.

Participating actively with physiotherapy was synonymous with striving for optimal health.  Periodically, when she was well enough, Orna would take her to a shopping center in the nearby town where she would shop for a few clothes and then have coffee. Those excursions, simple as they sound, were peak experiences (a term defined by the psychologist Maslow) for Clara. Her eyes would glow as she showed off her purchases upon her return to the nursing home.

From a medical point of view, I encountered two “Claras.” One was Clara who insisted I examine her almost every time I visited and whose complaints were more often a physical manifestation of her frustration with life than a physiological breakdown. I found that listening to her, examining whatever was necessary and prescribing non-dangerous medication was often effective. Over the years I prescribed her many short-term symptomatic relief-providing medications, and she usually responded positively to them.

The contrary was also true: I found that there were times when, after my assessment, even though I had prescribed no medications, tests or consultations, she felt relief. This reminded me of doctors of old, who understood the physician–patient encounter in itself, could serve as a healing agent, even in the absence of provision of prescriptions for medicine or the ordering of tests.

The other Clara knew when she was suffering from a physiological problem and her complaint coincided with a specific deterioration in her medical condition. After all, she did have serious medical issues. In such situations, she would assertively demand to be examined by me, and not just by the nurse. If, after examining her, I concurred that something serious was wrong, I would order laboratory tests and change her medication as indicated.

Because moving a wheelchair-bound nursing home resident with known severe heart and lung problems did not lend itself easily to outside interventions, I preferred, whenever possible, to treat her within the confines in the nursing home. Moreover, like many nursing home residents, she had long ago undergone the standard treatments to the point where they were no longer effective. The challenges facing me were to distinguish between complaints that required serious attention and those that didn’t, and, in the case of a potentially grave problem, resort to less standard treatment protocols that might work.

These interventions kept her stable, and for years they prevented hospitalizations. Over the first few years her condition gradually improved to the extent that, despite the chronic and life-threatening diseases that beset her, she was able to come off oxygen completely, and managed quite well. Her nephew and niece were astounded, because when she had arrived at the nursing home, they were sure she was liable to deteriorate and die within a short time. Contrary to the standard dogma that patients with severe chronic illnesses are unlikely to attain a significant level of improvement, I have noticed such patterns of slight recuperation from time to time. Of course, one must maintain a reasonable perspective. Such patients do not get cured or abruptly revert to being young and healthy. However, with appropriate medication, nursing and tailored personal care (i.e., help with dressing, toileting, eating etc.) in a warm, supportive milieu, a resident’s sense of health and level of functioning can improve, even as their actual medical conditions advance.

Clara had two levels of personality. Superficially, she was stubborn, cantankerous, and difficult to please. On a more profound level, she was a determined individual with good communication skills who knew what was important in life and how to convey appreciation at the right time for the care she received. This was a recurrent pattern, with her nephew and niece along with members of the treatment team, all of whom, from time to time, experienced the second Clara.

During the intense period of the COVID pandemic when, in addition to wearing masks, our workers were robed in gowns, and activities run by people outside of the home were curtailed, Clara became confused to the point of hallucination and experienced bizarre visions related to her deceased husband. A medical workup performed at the time was normal. As our nursing home slowly returned to routine and outside-led activities were resumed, these visions disappeared completely.

Finally, during the last two months of her life, her advancing diseases caught up with her at last. Again, she became dependent on oxygen, but this time no amount of medical acrobatics could reverse the process. Then she experienced a nighttime episode of severe shortness of breath, which we were able to reverse with medications. The following day she continued to participate in group physiotherapy, moving her arms and legs weakly as instructed, with her eyes closed. That night she experienced a second acute episode of shortness of breath, which this time did not respond to medical intervention, and was referred to the hospital. Although she stabilized, she never rallied. When our administrator sent one of our personal aides to visit her, Clara enthusiastically welcomed her and asked to return to the nursing home. A few days later I received a phone call from the hospital physician who said he had no better treatment to offer beyond what we had provided in the nursing home. He asked if we would take her back. I agreed.

She returned to the nursing home semi-conscious. We were able to maintain a satisfactory oxygen level, and the next morning she opened her eyes and even ate some yogurt. She died the following day.

Even though, overall, Clara had received good medical, nursing and personal care at the nursing home, it was her primal drive to live, no matter what, that kept her alive for over five long years even while suffering from an imminently life-threatening disease. This dogged determination to survive is the main reason I am telling you this story. Outsiders who saw her — an old woman with a difficult, empty past, wheelchair-bound, always on the verge of shortness of breath, with poor hearing and cognitive deterioration — might presume she had few reasons to live. However, that was not how she herself saw her predicament, and she strove consistently to improve her condition and feel better. The timing of her “lesson” is appropriate to the COVID pandemic, in that many of us have learned better to appreciate the basics and be grateful for them, no longer taking them for granted.