Jewish tradition has a lot of paradoxes, but Sukkot is probably the biggest of them all.

Yom Kippur probably hired PR consultants to make us forget that Sukkot used to be the most important holiday in the Jewish calendar. It’s called “Hechag,” THE holiday. When the Talmudic rabbis referred to the chag without adding a specific holiday, it was obvious they were referring to the Festival of Tabernacles.

Want more evidence? Chanukah is nothing but a belated Sukkot. The Maccabees liberated the Temple and then hastened to celebrate Sukkot, something they couldn’t do while the fighting with the Greeks was raging, hence the eight days of the holiday. (Sorry to break it to you, but the oil business is the Talmudic version of “bobe-mayse.”)

Sukkot is also the happiest holiday in our year. It’s called “Zeman Simchateinu,” the time of our joy. Mishnaic scholars tell us that “whoever didn’t see the happiness of Sukkot hasn’t seen happiness in his life.”

And here’s the paradox: Sukkot is a holiday that, like no other, reminds us of our fragility. We don’t just think about our fragility, we are supposed to live it. We are asked to sojourn to flimsy structures that can crumble at any moment. We are supposed to be under the thin protection of leaves at the time of year with the most unpredictable weather. Beyond staying in the Sukkah, our fragility is expressed in the prayers for rain.

It’s interesting to note that Israel was unique among ancient civilizations inasmuch as it was the only one that didn’t develop next to a major river like the Nile or Euphrates. Ancient Israel, as well as the modern one until desalinization, depended exclusively on a short wet season extending from late autumn to mid-winter. A rainy Sukkot would mean a wet winter, so you can imagine the anguish of ancient Israelites as they looked up to a cloudless sky. And yet, they were supposed to be happier than ever.

We are used to Judaism being idiosyncratic, but this particular quirk is weird even by our peculiar standards. Why is it that we rejoice so much when we discover and experience our fragility, our vulnerability?

I believe there’s enormous wisdom in this unlikely marriage of joy and precariousness, of happiness and instability. Sukkot reminds us how tenuous our existence is, how dependent on external circumstances. Our lives are fragile and rickety like a Sukkah wall. Everything can change in a moment, everything can collapse anytime.

The paradox is that only fragility makes us creative. Fragility also moves us to be better people: if you knew you’d die tomorrow, would you waste your time hating? Would you spend your precious hours gossiping? Would you worry about style or status? Fragility confronts us with the question of what is truly important.

As Jews, we have a Ph.D. in fragility. In our early years as a people, there was slavery, dependent on the whim of the master. We spent 40 years in the desert not really knowing where the next meal would come from. Then, when we established the first and second Jewish Kingdoms, we occupied a thin layer of land, stuck between the mighty empires of the time and perpetually about to be swallowed by them. Later, during the 2,000 years of exile, we lived through expulsions, massacres and persecutions. Finally, when we re-established the Jewish Commonwealth in the 20th century, we found ourselves again surrounded and threatened in an arid country of no resources except brainpower.

And yet, the Jewish People responded by consecrating the preciousness of life; by being creative and resourceful and by yearning to convert every moment into an opportunity for transcendence. We know that buildings crumble and fall, so we didn’t build monuments of stone, rather we created eternal values. We know that fortunes can change, so we created the beauty of Tzedakah; we know that individuals perish, but communities pick up the pieces and carry on. In a word, we have made fragility into the engine of our eternity.

Let us understand that even if some our dreams may rumble like the walls of the Sukkah, we can keep on dreaming. Let us realize that acts of kindness and generosity can make an eternal hallow ground out of every moment. Let us celebrate the fruit of our labors and look to the future with unshakable hope, because Sukkot teaches us that our fragility hides the essence of our strength and the secret of our eternity. 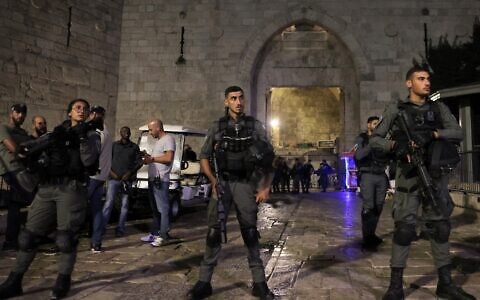 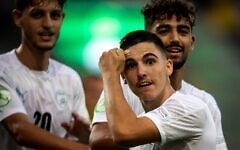