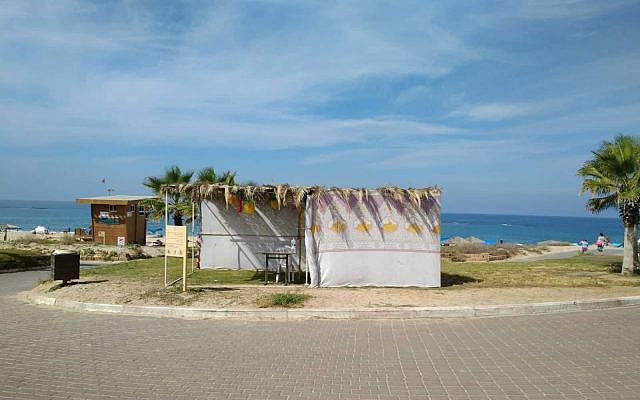 The Haftara for the first day of Sukkot (Zecharia, Chapter 14) speaks about the war of Gog and Magog and the future days when the nations of the world will be obligated to come to Jerusalem to observe the holiday of Sukkot.

What is the connection between Gog and Magog and Sukkot?

Rabbi Shimshon Repahael Hirsch (Bamidbar 29:13) explains that the name Gog is similar to the word gag, roof which is the opposite of a sukkah, an unstable building with a flimsy covering of schach, foliage. The nations think that they don’t need to rely on God since they can protect themselves by building a strong roof. The war of Gog and Magog is the war between the roof and the sukkah- putting our trust in ourselves vs. putting our trust in God.

Rabbi Hirsch (Chorev 221) points out: We can find a universal explanation to answer the question of why the mitzvah of sitting in the sukkah was chosen for the nations to observe. One of the most decisive sins from the beginning of humanity was the sin of the building of the Tower of Bavel (Breisheet, Chater 11) so that they could rebel against God. In contrast, in the future days, prophesied by Zecharia (14:9) “God will be the King over all the land; on that day God will be One and His Name will be One.” Observing the mitzvah of Sukkot, the symbol of our trust in God, is a form of atonement for the nations for the building of the Tower of Bavel.

In the future days, humanity will be uplifted and God will accept all under His Sukkat Shalom (shelter of peace) which He will spread over all of the families of the earth and the One and only God will not just be considered to be God of the Jewish people, He will be accepted as the God of all of humanity.

According to Radak and Abarbanel, once they have seen the great miracles that He performed for His nation, all of the nations that attacked Jerusalem and survived will acknowledge that God is the King over the entire world. His Kingship will no longer be recognized only by Israel but by all nations.

May we be blessed with the words from the Hashkivenu Prayer:

Safeguard our going and coming- for life and for peace from now to eternity. And spread over us the sukkah (shelter) of Your peace. Blessed are You, HaShem, Who spreads the Sukkat Shalom upon us, upon all of His people and upon Jerusalem.