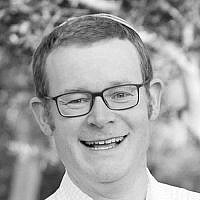 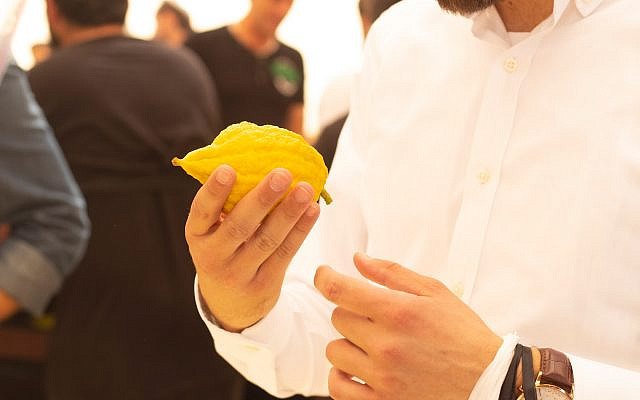 Photo by Esther Wechsler on Unsplash

Why do we take the Arba’at Haminim (Four Species) on Sukkot? Why are they described as they are in the Torah? Why do we use the species we use?

For me, the answers might be a little different than the ones you’re used to…

There are four items described in the text of the Torah.

Throughout the Torah, fruit are a gift from Hashem. This is why we can’t bring fruit as offerings, they aren’t ours to offer. The only exception is Shavuot where we thank Hashem for His/Her gifts by bringing a sampling of the earth’s fruit as an offering.

Our covenant with G-d.

The Torah is its fruit.

Thus, the Pri Eitz Hadar represents the Torah; the fruit of our relationship with Hashem.

This species also represents a gift. It is an Anaf ‘Tree’ of Avot. However, the words are obscure, as if cloaked in mystery. As far as I know, the word עֲנַף (Anaf) shows up nowhere else in Chumash (Five Books of Moses). And the word עָבֹת is rare (Avot). It is used to describe the gold braid that wraps around the stones on the Choshen (breastplate) and Ephod (shoulder-piece). In the Chumash, gold represents the divine and the stones are inscribed with the names of the tribes.

With this chain, G-d is embracing our people and enabling the Kohen Gadol (High Priest) to carry a representation of us into the Holy Mishkan (Tabernacle).

The Anaf Eitz Avot represents G-d’s mysterious desire to be with us and draw us close. It represents our experience of the divine.

Tamarim are palm trees. But Tamar is also the name of a person. Tamar took things into her own palms – her Kapot. She did it in order to remain a part of the Jewish people and of the divine relationship. The Kapot Temarim thus represent our desire to be with Hashem.

Bilaam describes us as Hashem’s nachal, watering the world. It is a theme that recurs again and again. We are G-d’s spiritual stream. Erev, twilight, mixes night and day. Likewise, we mix our world with His and the physical and the spiritual. We are a cross-over people.

The Arvei Nachal thus represents our gift to Hashem, bringing His presence into the world.

Taken together, these four Written Torah references represent Hashem’s gift to us, our gift to Hashem and our mutual desire to draw close to one another.

Why do we use the species we use? Let’s examine them, one at a time.

The Lulov (palm branche) points to heaven. It represents out desire to be with G-d just as Tamar’s actions did.

The Aravot (willow) drinks in the waters of the stream and creates life. Water represents the spiritual in the Torah. The willow thus represents the Jewish people; drinking in the spiritual waters. There is more to the choice of the willow than just growing by the water’s edge. Willow seeds have hairs on them so they spread far and wide. In addition, the tree is known for its healing properties.

The ancient Egyptians used it as a medicine; they didn’t realize they were using a natural source of aspirin.

Most poignantly, though, the willow quickly withers without connection to its waters.

The Arvei Nachal is more than our gift to G-d, it is us.

In a way, with the willow, we gift ourselves to G-d.

The Hadas (myrtle) has a light fragrance – something that can’t be touched or seen or even really measured – but which fundamentally touches us. The myrtle’s leaves come in groups of three, recalling not only Kadosh, Kadosh, Kadosh (Holy, Holy, Holy) but the Haya, Hove, Yehiya (Past, Present and Future) in Hashem’s Holy Name. The plant also has blue colored berries – one of the few edible blue colored fruit native to the Mediterranean in the old world (along with Juniper). Although typically lighter in its representation, blue is a colored associated with divine purity (see Tzitzit and the waters of the heavens above, in which there is no death). Myrtle is also an evergreen – providing a fitting ‘divine’ contrast to the quick wilting willow.

Finally, myrtle lives in many of the same places as willow – representing Hashem’s desire to dwell with us.

The Anaf Eitz Avot stands in as a representation of the divine in the existence of the Jewish people. Myrtle simply reinforces this.

The Fruit of a Beautiful Tree

The Etrog (citron) is distinct but because when it is supported from below it can grow year after year. It doesn’t just stop and then rot like more fruit.

Just like Torah the etrog is given life from Above. But it can grow and provide ever more blessing when it is supported from below.

The four actual species we use reinforce the messaging of the Torah. The practiced Torah simply extends  the Written Torah. When we hold the Arba’at Haminim – whether in the Sukkah, during Hallel or during Hoshannot, we are holding in our hands G-d’s greatest gift to us and our greatest gift to G-d. We are also holding our mutual desires to be with one another.

In other words, we are holding the symbols of our relationship.

This is why we shake the Arba’at Haminim in joy, we are celebrating our relationship with G-d.

And you shall take you on the first day the fruit of beautiful trees, Kapot Temarim, and Anaf Eitz Avot, and Arvei Nachal, and ye shall rejoice before the LORD your God seven days.

Of course, the symbolism of Sukkot doesn’t end there. There is still the Sukkah itself.

The first time Sukkot are mentioned are just before Yaacov comes to Shechem. He builds a house for himself and sukkot for his animals and names the place Sukkot. It is the first time any of the forefathers build anything. It indicates a desire for permanence. Those who build sukkot are no longer travelling with their livestock. Thus, these flimsy huts are actually a statement of permanence.

When we leave Egypt, we dwell in a place called Sukkot. It is there that we are given timeless mitzvot (like Tefillin, dedication of the firstborn and the commandment to establish a night of everlasting watchfulness). Sukkot seems to exist both on the way to Padan Aram and Egypt. Sukkot is like Brigadoon – a magical forever place that is where you find it.

It is a place of timelessness. A place of permanence.

Interestingly, the act of screening used to conceal the Holy Ark is described using the same word (Ex 40:3). Behind that curtain is a place of forever.

The sukkah is not as something temporary but something more permanent than anything else. It is our opportunity to dwell in the presence of the timeless G-d. Paired with the Arba’at Haminim, the Sukkah reinforces that celebration of a relationship with the timeless.

The similarity to a Chupah (wedding canopy) is not accidental. The wedding canopy is only dwelt in for a short while but it is meant to represent forever.

This representation of the truly permanent is no accident. It is part of a progression of symbolism through the Jewish holiday calendar.

Pesach focuses on the Pesach Lamb, Matzah, Marror and stories. We use food and simple interactions. This is how a baby or a child learns.

The last day of Pesach moves up to using a picture. The layout of אָז יָשִׁיר (the Song of the Sea) depicts the people walking between the waters. This is clear from the last line where ‘The Sea’ is on either end of the line and in the middle is the phrase ‘and the Children of Israel walked on dry land in the midst.’

We learn from a picture, one step up from learning from food.

With Shavuot, we learn gratitude – bringing offerings that reflect G-d’s beneficence directly. We bring the fruit of the earth which have been gifted to us.

This is akin to thanking grandma for a sweater by wearing that sweater.

Rosh Hashana and Yom Kippur represent a bit of a divergence from the cycle of the Festivals. Nonetheless, the progression continues.

With Rosh Hashana, we represent G-d’s voice with the Shofar. The ram’s horn, representing Fear of G-d, filters our voice and leaves only the sound of the soul Hashem blew into us. This is why it is a commandment to listen to the Shofar. This is a representation of G-d’s voice (h/t my older brother). It is a step beyond Shavuot’s gratitude for physical gifts and into the realm of representing the spiritual.

With Yom Kippur, we represent destiny through goats. Each of the goats represent the Jewish people (just as the young goat or lamb does on Pesach). Both die because we all die eventually. But one is sacrificed to YKVK, the timeless G-d. That goat is part of ForEver. The other is sent to AzAzel, which literally means Goat of Disappearance. That is part of ForNever. The lesson of AzAzel is clear: we can be a part of the timeless or we can (like our sins) vanish as if we never existed.

This reaches a bit further into the realm of ideas. We represent ourselves through two animals. But we also represent an idea – destiny – through what happens to those animals.

With Sukkot, we use symbols that represent only ideas. Even G-d and the people are represented as idea-versions of themselves. We are the Arvei Nachal – spreaders of G-d’s gifts. And Hashem is the Anaf Eitz Avot – embracing us.

We are rising further and further from the physical and towards the mental and the spiritual. This is a progression of the people as a whole. On the original Passover, we put blood on our doorsteps. Later, we put the words of the Mezuzah.

With Sukkot, ideas represent what is truly permanent. They supplant the more physical concepts of earlier holidays and they capture a cycle of spiritual development.

Finally, Shemini Atzeret has no symbols. That is exactly the point. We have reached the point in our relationship with G-d that it needs no symbols whatsoever.

I hope this quick review of the symbols of the holidays will help you appreciate Hashem’s commandments and our implementation of them just a little bit more.

Photo by Esther Wechsler on Unsplash

About the Author
I hold a degree in Intellectual History from University of Pennsylvania and a Masters in Financial Analysis. In addition to writing weekly Torah Shorts, I am the author of the City on the Heights, a drama/thriller set in contemporary Syria and Iraq that explores how the Jewish people can positively influence the world around them. My books are available at TorahShorts.com.
Related Topics
Related Posts
Comments