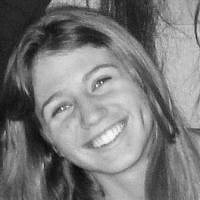 When I first found out the topic of the Israeli Presidential Conference was “tomorrow”, well to be honest I thought it was a little cliché. And to be even more honest I still think it is.

However, the thoughts, ideas and concepts that the speakers I heard provoked within me were truly life changing.

My favorite speaker at the Conference was Professor Dan Gilbert who spoke at the June 19 afternoon plenary.  Professor Gilbert is a psychology professor at Harvard University.

Prof. Gilbert spoke why humans respond to certain threats and ignore others.

Prof. Gilbert said that humans are taught to respond to humans. Humans are not taught how to confront a threat that does not have a face or name. One of the examples he gave was that the flu kills 400,000 people a year, yet us humans are more focused on the threat of global terrorism than health threats. Why? Because global terrorism is a human threat while the flu is a health threat. This is why we tell our children to stay away from strangers while feeding them french fries. We are more aware of threats that come from humans, even though obesity kills more people a year than abductions.

Prof. Gilbert continued to say that if you don’t see the effects of a threat immediately we disregard it. For example global warming.

Of course he went on to discuss the topic more in detail. And yes, for all you doubters I was listening.

On an Israeli and/or Jewish level we can implement Gilbert’s theory. As Jews and/or Israelis today, terrorism and anti Semitic acts draw more attention and concern than the growing assimilation rate and Israel’s negative connotation within the media.

Based on the theory that Prof. Gilbert explained we can say it is because terrorism and anti semetic acts provide immediate results and reactions, whereas assimilation and the significant lacking of a proper Jewish education do not.

We can justify this by saying that terrorism literally kills while assimilation metaphorically kills. Or that terrorism stems from a number of terrorist groups, but when it comes to assimilation, education or Israel’s place in the media there is no one person to point fingers at. Perhaps because we are all to blame.

Yesterday, during the second day of the Conference I was fortunate enough to hear a family favorite, Malcolm Hoenlein, on a panel discussing the future of Jewish leadership.

One of Hoenlein’s main points was that the newest trend found amongst Jews is ignorance about their own religion.

Jews, regardless of what sect do not receive a proper Jewish education. (I personally feel that education in terms of basic bible knowledge and the meaning of having Jewish identity is missing from most curriculum especially within the Diaspora school systems.) At some point in every Jewish person’s life regardless of their sect they will need to stand up as a Jew. Whether that moment takes place on a college campus, at a rally, at work or on the streets, us Jews can run from our identity but we can’t hide. And when we need to answer the questions thrown our way will we have the proper answers? What will we say?

Hoenlein compared this generation to the fourth son in the Passover Hagaddah. We are like the son who doesn’t know how to ask, to challenge, to think, to care.

Again, Jewish education is not something we can see with our own two eyes. It does not have a face, just like assimilation and Israel’s negative connotation, but that does not mean that it is less significant than terrorism.

Hoenlein said our issue is that we wait for the reality to happen as opposed to changing the future reality. Why are we waiting for the growing assimilation rate to get the best of us? Why do we stand idly by while hundreds of thousands of people delegitimize Israel? Why do we allow our children to grow up not knowing the beauties that come with Judaism?

We are ignoring growing and serious threats. Of course terrorism must be dealt with as well as the Israeli-Arab Conflict, but if we ignore what is considered the “minor” problems, well say goodbye to the future of the Jewish people.

If we ignore the ever increasing rate of assimilation will there be any Jews left to confront terrorists who are ready and willing to blow up innocent Jewish victims?

If we continue to allow the world to delegitimize Israel, who will know the real facts on the Israeli-Arab Conflict? Or who will know about the start-ups, creative innovations and medical advancements Israel excels at?

And last but most important, if we ignore the decrease and downgrade of Jewish education, will there be a strong, proud, courageous and resilient Jewish nation left? If we ignore our ancestors history, who will be there to share our history?

If we don’t stop them today than what will #tomorrow bring?