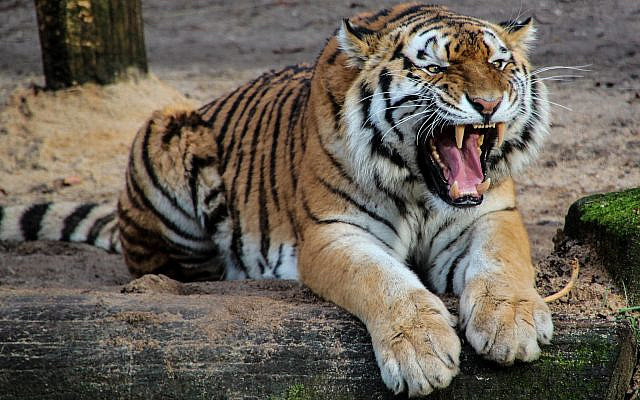 The Tiger Who Came to Tea and other children’s stories are causing sexual harassment and even rape. They are accused of reinforcing “harmful” gender stereotypes.

We can only applaud the tireless efforts of organisations like Zero Tolerance, a campaign group largely funded by the unwitting taxpayer. It is good to see the taxes of British citizens being so wisely used.

It will not be long before the courts are forced to release rapists using the Tiger defence.
At first, we will hear the accused say – I could not help myself, your honour, my parents read me The Tiger Who Came to Tea when I was too young to understand the damage it was doing.

But soon, to save the court’s valuable time, it will be sufficient for rapists to say “Tiger” to obtain an immediate release.

There may be other books that have a similar affect on innocent young children. Let us take a look.

Two of the greatest offenders are Roald Dahl and Theodor Seuss Geisel, popularly known as Dr. Seuss, although he wasn’t a real doctor.

Roald Dahl was openly anti-Semitic, which comes across in his books, and not too good with women. Not for nothing did his wife, Patricia Neal, call him “Roald the Rotten” because of his mistreatment.

Theodor Geisel’s racism, mainly against Asians and Japanese, has finally caught up with him, although he is no longer around to get his comeuppance as he died in 1991.

Six Dr. Seuss books are no longer to be published. They “portray people in ways that are hurtful and wrong” said Dr. Seuss Enterprises, the company that tries to whitewash the author’s legacy.

Another book that to this day is responsible for some of the worst attacks, both verbal and physical, on the Jewish people is the New Testament. Recently, one of its advocates, Pope Francis, has taken upon himself to insult the Torah.

In a talk, to people who should have known better than to listen to this old man, he said the Christian faith not only supersedes the Torah; but asserts that the Torah no longer gives life. The clear implication being that Jewish religious practice is now obsolescent. Sad, that at 84 years old, he does not seem to have gained much wisdom.

In his defence, two Catholic priests said that it was possible that some of the pope’s talk, known as a catechesis, was written by his aides. The idea that the pope might be mindlessly mouthing someone else’s thoughts did not seem to worry them.

How anyone can take notice of an old man with no experience of real life, no children to worry about, living in an ancient palace, is not clear to me.

The only thing that the Pope and I have in common is Jesus – Jesus and I were both born on Christmas Day.