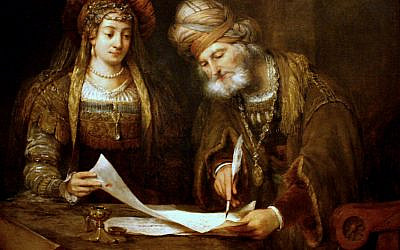 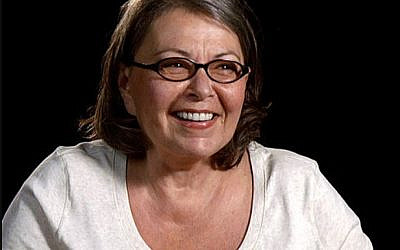 I want to thank Roseanne Barr.

It is because of her request I wrote The Timeline of Purim!

1) Just before Pesach on the 13th of Nissan, Haman plays the game of Pur, a kind of roulette wheel. The Pur falls on the 13th day of Adar. This will take place 11 months later.

2) Immediately Mordechai tells his wife, Esther, to save the People.

4) On the 16th day of Nissan, the 2nd day of Pesach, she makes a feast and reveals to Achesverus that Haman wants to murder her and her People.

On the same day Haman is hanged.

It is now Sivan. Since a royal decree cannot be rescinded the Pur will still take place on the 13th of Adar regardless that Haman is dead and gone.

Mordechai gets Achesverus to agree to let the Jews fight back. Thus it will not be considered a rebellion and war against the king.

6) Mordechai now has nine months to organize, train, and weaponize the Jews all over the 127 countries and provinces within the Empire.

They train, organize and weaponize non-stop!

7) Now nine months have passed. It is now the 13th day of Adar…The Jews are ready! The Lion of Judah roars!! Haman’s sons and fellow anti-Semites commence the war.

On the 13th of Adar the JEWS with HASHEM’s blessing wipe out 75,000 throughout the empire while in Shushan, the capital, 500 enemies, including the 10 sons of Haman are slain.

The war in the provinces are over.

But the battle in the capital, Shushan, goes on for another day.

On the 14 day of Adar the 10 ten dead sons of Haman are hanged on the gallows to make an example of them.

And another 300 of the anti-Semites are slain.

And Purim as a day of thanksgiving to G-d, Hashem and victory is recognized.

Because the war in the provinces ended on the 13th of Adar, Purim is celebrated on the 14th of Adar for those who live in unwalled cities.

Since the war in Shushan, a walled city, lasted until the 14th of Adar and ended on it, Purim in walled cities such as Jerusalem is celebrated on the 15th of Adar.

Happy and Joyous Purim to All!

About the Author
Rabbi Avi Schwartz, is the son of the Palmach Legend, Motke Eish HaGarzen, Motke the Axeman. His Father was the commander that led the 21 Palmach Warriors who conquered Har Tzion ( Mount Zion), King David's Tomb in 1948, rescuing 1,700 Jewish men, women and children from the onslaught in the Jewish Quarter of the Old City. Rabbi Schwartz is both a Black Hat Rabbi and Zionist activist. A filmmaker and writer, with works in Netflix, he is also the creator of the first apps against BDS: Fight BDS and BDS Myth Busters (BDS Myth Busters is sponsored by the Hollywood icon and anti-BDS activist Roseanne Barr. Rabbi Schwartz is the VP of Digital Marketing and Director of Energycite, a breakthrough technology in energy conservation. He also is the founder of Torah Teen Palmach Center, training teens to be future leaders in the tradition of the Palmach.
Related Topics
Related Posts
Avi Schwartz
Comments