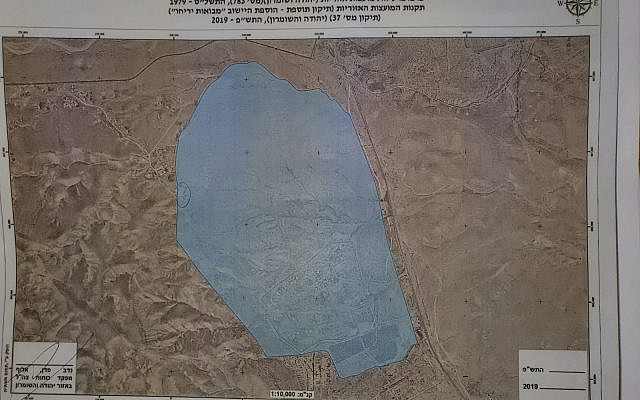 When the shepherdesses said they wanted to graze their flocks next to Mevuot Yerikho this morning, I said to the second activist accompanying me, this is not going to last long.

It took about ten minutes.

The security guard, Oren, came racing over in his pickup, beeping loudly to chase the sheep back across the road.  I recalled an old comedy routine (by somebody whose name I will not mention, given what we now know about him as a serial sexual predator.) about things that he would try, even if they would do no good. For example, he would his finger in the hole of the gun when somebody was about to shoot him, or jump a second before an elevator he was in crashed to the ground.  I held on to one of the sheep as the rest  dashed madly, but eventually decided there was no point. The shepherdesses and their children were all across the road.  If someday I could organize everybody….  The fact is that the settlers have been greatly emboldened since they were allocated huge amount of land, and are no longer simply a “neighborhood” of the Yitav settlement several kilometers away. Never mind that their enlarged borders includes some Bedouin homes.

Oren was so outraged that he wanted to get me on film when I said that Israel had no right to use force to allocate land for settlements at the expense of  an unprotected people who don’t even have the opportunity to vote for the government that imposes laws on him.  I gladly obliged.  He mocked law “according to Arik Ascherman.”  Citing international law was a waste of time. When I said he was violating the Torah, he said I had it all wrong.  He drove off when I  pointed out that the culvert to keep the Bedouin out of grazing lands,, that they dug outside the borders the Occupation had allocated to them, was illegal even according to his way of thinking.

Did I have it all wrong about the Torah?  Was I misinformed when I said that our sages recognized the right of non-Jews to live in the Land of Israel?  Yes, our Torah portion takes for granted that we fight wars against our enemies. However, we are also told not to abuse or subvert the rights (or, misguide the legal proceedings) of the non-Jew living among us  (Deuteronomy 24:17). Whereas Oren wanted every last blade of grass for his sheep, the Torah commands us to leave sheaves and olives and leftover grapes  for the non-Jew, the orphan and the widow. (24:19-21). Last week over 300 Palestinian olive trees were cut down in the South Hebron Hills. Homes were demolished or lifted by cranes on to trucks, and confiscated in Ouja and near the Taibe  junction and additional locations.  Our Torah portion reminds us that our home is supposed to be our safe space. (24: 10-11).  Given the tens of demolition/eviction orders recently handed out in the area around the Taibe junction, while unauthorized Jewish outposts thrive in the same area, and almost nothing is done to stop settler flocks from devouring everything Bedouin shepherds plant for their flocks, one can only conclude that Israel has decided to cleanse the area of non-Jews.  It used to be that Oren and his friends spoke to us of their desire to be good neighbors. Now there is only rage. Today all he had to say was that when the army came there had only been two or so homes, as if that would mean the  shepherds had no rights. (The Bedouin say that they had to rebuild after the army base displaced them.)

Ibn Ezra says that, while each of the long list of commandments in Deuteronomy 24 stands on its own, the thread running through them homiletically is that they all refer to different forms of oppression. He even says that muzzling an ox is oppressing that ox.   He then points out that we are reminded that we were strangers in the land of Egypt in order to emphasize that we must not oppress the non-Jew.  Recall, that of all of the commentators, Ibn Ezra is also the most emphatic that the ger is a non-Jew, and not a convert to Judaism.

Soforno teaches that we must go out of our way to speak on behalf of those who may be reluctant or afraid to speak on their own behalf because of their degraded condition.

No Oren, I don’t have it all wrong.  I may not have the only way to read Torah, but ultimately the Torah is a Rorschach test. How we choose to read the Torah ultimately says a great deal about who we are.

In this month of Elul, the month of introspection leading up to the High Holy Days, let us all ask who we are, who we want to be, and who God wants us to be.  This is true for individuals, for peoples, and for countries.  I choose to be somebody who rejects oppression of any human being, and that is what I believe that God demands of us.