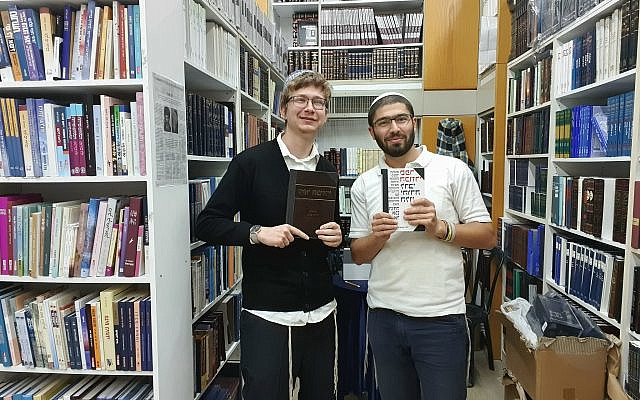 Coming off a first episode launch is very exciting, but as is the nature of episodic things, it is time to look ahead. I do a Podcast about Jewish Authors with my good friend Itai, and in less than a week everyone will be able to hear us talk in Hebrew about the esteemed Rav Yehuda HaLevi and his classic work The Kuzari. We were skeptical about what we could have to say about such a giant of Judaism. After all, who were we? Nevertheless, we gave it our best shot and I am happy with the results. 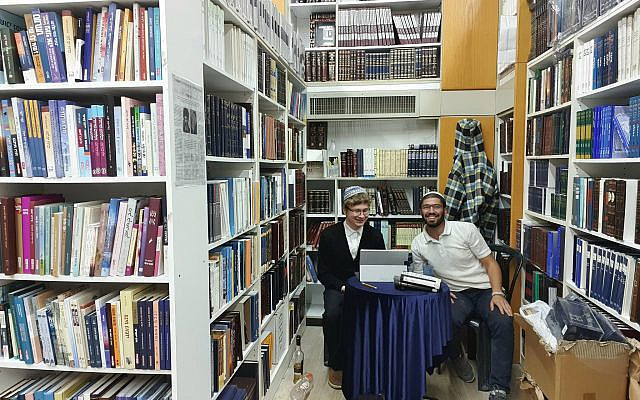 Me and my co-host, Itai, preparing for our show on Rav Yehuda Halevy

So who was Rabbi Yehuda Halevi?

Rabbi Yehuda Halevi was a Jewish Poet and Philosopher who lived in the 1100’s. He authored the great work, The Kuzari,  and penned beautiful and stunning poems. Some of these poems are still sung by us today at the Shabb(at/os) Table. The arguments used so eloquently by the Rav in The Kuzari are still quoted to this day, and in my opinion, are the very root of the blossoming kiruv movement (I am currently reading the incredible book Letters to Talia. The Kuzari is mentioned throughout the book quite frequently).

As I ponder the legacy of Rav Yehuda Halevi, I am left wondering… What was his biggest accomplishment? He wrote thousands of songs, poems, and riddles. He wrote the Kuzari. He refuted the Karaim at a time when they made up about 70% of World Jewry. He inspired and inspires millions. And all that is incredible.

But in my opinion, Rabbi Yehuda Halevi’s journey to the Holy Land remains his greatest and most significant accomplishment.

Throughout the Rabbi’s Life, he felt a yearning, like so many of us, for the Land of Israel. If we analyze the Rabbi that Rabbi Yehuda Halevi created as a literary device in The Kuzari, we find that the Rabbi was despondent about the disingenuous love for the land expressed by Jews living at the time. Indeed, we are left to wonder how little has changed. Today, it is easier than ever to pitch our tents in the land of Israel yet so many of us still find ourselves unable to do so. Rav Yehuda HaLevi went a different route. He felt it incorrect to pray every day for something and not attempt to accomplish it. He wanted to do away “with the contradiction of daily confessing a longing and of never attempting to realize it”. (Kaufmann, “Jehuda Halevi”) 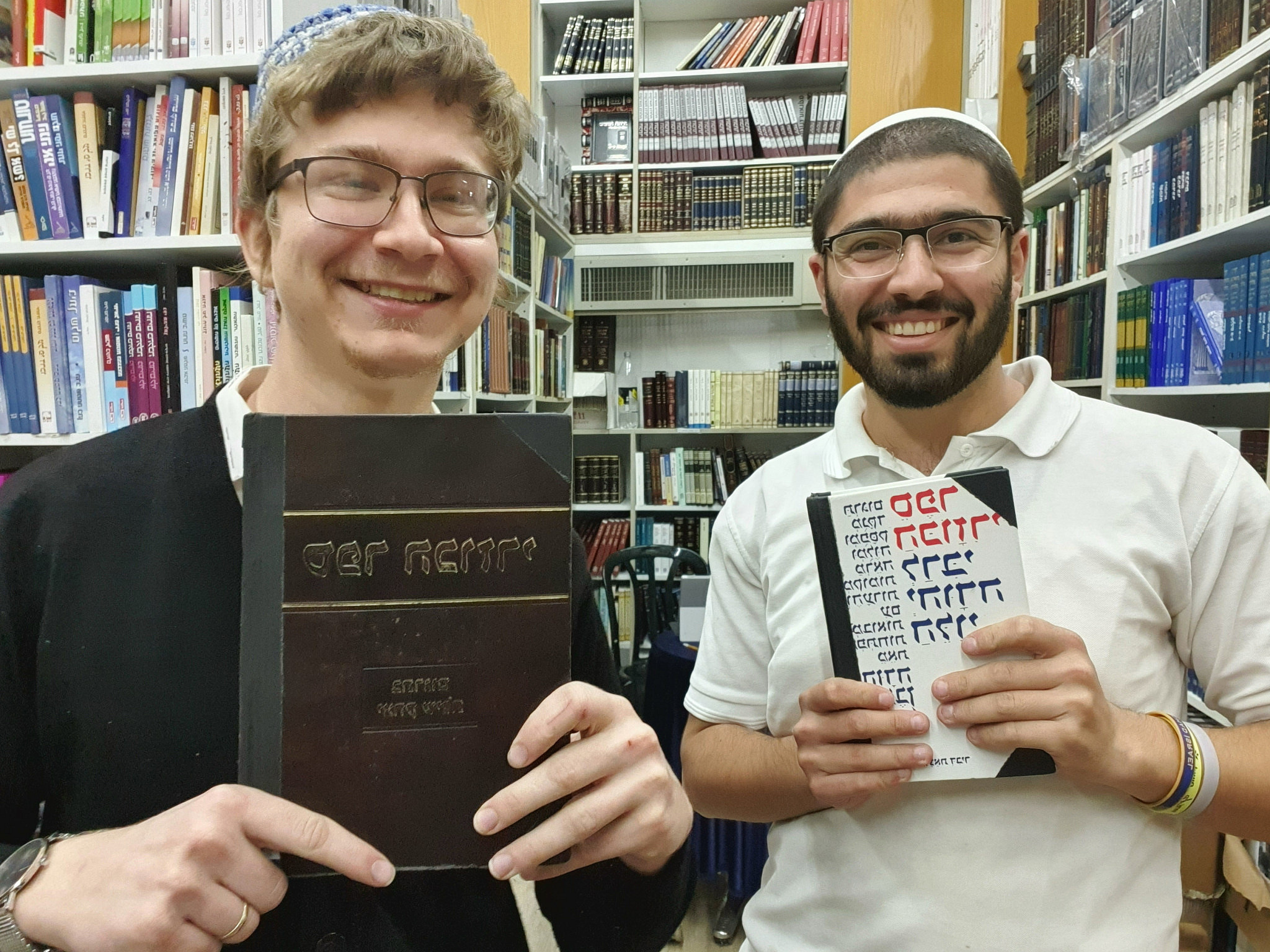 Although we don’t know how long Rabbi Yehuda HaLevi actually lived in the Holy Land, we do know that he indeed did make it (The Song of the Distant Dove). And back then there was no Nefesh B’ Nefesh to help, no Sal Klita, no ‘Mazal Tov’s’ on Facebook. No. The Kuzari’s author made the journey because he felt it was the right thing to do.

Such a journey by today’s standards would be entirely incomprehensible.

Here is a man who was truly honorable. One who stood by his convictions. One who acted upon them and lived in a way that would mirror his principles.

Let’s not just pray. Let’s do.

The Rabbi didn’t wait to be kicked out of a hostile country into one more favorable, as has been our story over and over all of history. No! He left a country where he had a good life and took a hard journey to what was (at the time) a hostile country. Stopping in Egypt to regain his health, he would not heed the locals pleas’ for him to stay. No, he chose the hard path. He chose something that cost him a premature death. But in the end, he died in Israel. Our people’s land.

Let’s take a lesson from the life of this great man. Let’s really mean it when we ask to return to our land. Let’s be sincere when we pray for Moshiach. Let’s be morally upright people, whose actions will mirror our prayers, that we should not be walking contradictions. Let’s not just pray. Let’s do. Let’s do what it takes to realize our potentials, to accomplish our goals, and to fulfill our destinies.

Let’s become true receptacles for divine light, our intentions and our beliefs mirroring our behavior, our prayer reflecting our inner desires, our efforts revealing our true goals.

Rabbi Yehuda Halevi cemented himself in history as one of Judaism’s great historical figures, making aliyah despite the difficulty, despite the challenges, and despite the opposition.

Kol HaKavod to you, Rabbi Yehuda Halevi . Thank you. Thank you for paving the way. 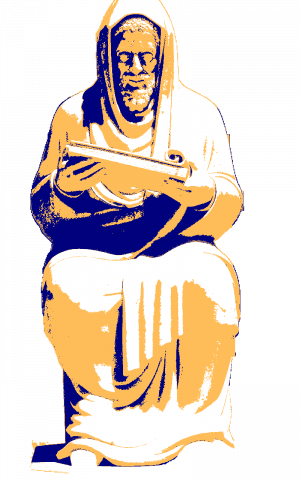 Our Promotional Image for the Upcoming Episode

Thank you for reading. Every day I am learning. If there’s anything you think I should know, I would love to read your comments below.

Ethan Yakhin is the co-host of  Open Book with Eitan and Itai, a Podcast both with and about Jewish Authors. To stay updated on upcoming episodes, you can follow Open Book on Instagram. The show is available wherever you listen to podcasts. You can have a look here at their podcast page.