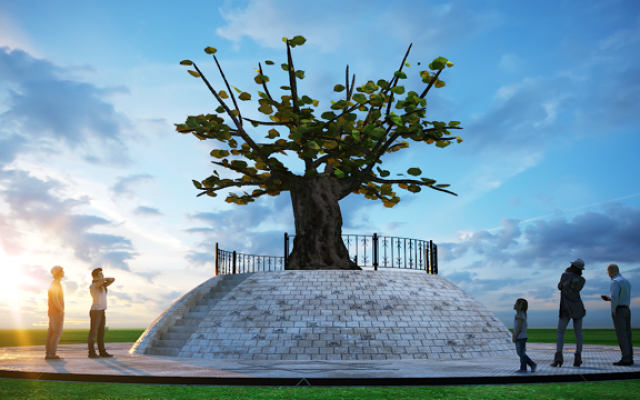 Artist's rendering of the Tree of the Jewish Righteous was commissioned by the Jewish American Society for Historic Preservation. 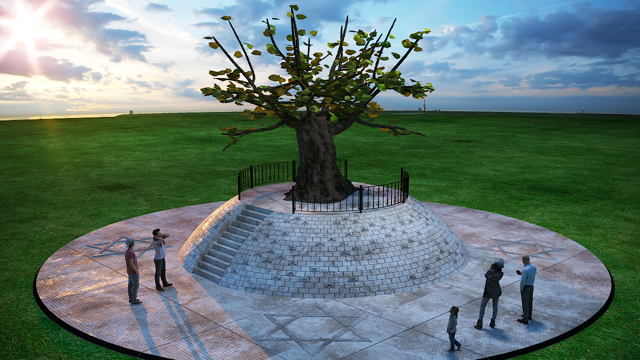 Artist’s rendering of the Tree of the Jewish Righteous was commissioned by the Jewish American Society for Historic Preservation.

Remembering the past can shape the future. Will Israel have the will?

Herman Stern died in 1980. He was buried modestly, in the Beth El Cemetery, Fargo, North Dakota, flyover country as far as most American Jews are concerned.  He lived modestly, having found a home in Valley City, N.D. He was never wealthy.

His Christian neighbors measured him by what he did, his character as a human being and not by the fact he was a Jew.  He never made a big deal about his being a Jew and never denied it either. The State of North Dakota posthumously awarded Stern its highest honor, the Rough Rider designation.  In North Dakota, he is known as the Oscar Schindler of the North.

Stern saved 125 European Jews, strangers, as the darkness of the Holocaust descended.  He did not have to. He chose to.  He saved more Jews than any American Jew. He did it in the face of American Organized Jewry’s disinterest and resistance to his appeals for help.

He was asked if he was owed anything.  His answer was humble, simple, “You Owe Me Nothing.”

Until the Jewish American Society for Historic Preservation placed a historical interpretive marker for him in his beloved Valley City, no Jewish organization had recognized he did something extraordinary.

Where is their place of honor, their memorial to teach our children as they grow towards tomorrow?  We have none.

Yad Vashem was created to Never Forget, a Memorial to the 6,000,000.  It was also specifically created to honor, to thank in perpetuity, the incredible heroism of non-Jews who chose save Jews from death, the Righteous Among the Nations.

Over the years, since the creation of the State, there have been periodic noises and efforts about honoring Jews who have saved Jews.  Nothing has come of it.  Yad Vashem has declined to do so. It was not part of their mandate. Jews should not be honored for fulfilling what they were obligated to do, to save their fellow Jews, was their response.

The difficulty, especially during the horror of the Holocaust, was that Jews chose the un-choose-able. Some chose not to save their neighbors.  Some could not. Some feared for their own lives, their families.  Some chose to cooperate with the Germans to run the Judenrats in the hope of preserving Jewish lives and perhaps their own.  Each decision, each choice was individualized, personal and can not be questioned from our safe vantages today.  We have no right to question them.

The choices of how to survive, even to survive, were the survivors.  It is between them and God. 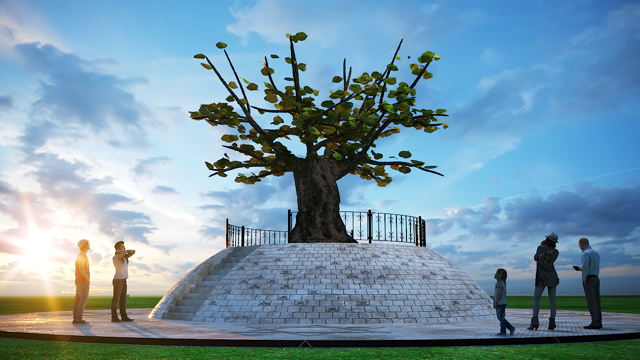 Artist’s Rendering of the Tree of the Jewish Righteous was commissioned by the Jewish American Society for Historic Preservation.

The Jewish American Society for Historic Preservation (JASHP), agreed to sponsor the effort to remember the past, to shape the future; but only, if they are not alone.

Yad Vashem has been approached with the unique proposal, the Tree of the Jewish Righteous.  Perhaps, this time, they will respond differently.  Perhaps not.

The proposal is open to any place in Israel that will give a piece of land, that is willing to grow the idea together, to do what has never been done.  Funding is not the issue.  The issue is will.

The Tree of the Jewish Righteous is a beginning.  Names will be entered upon Jerusalem stone pavers about the Tree and in the Plaza.  The Tree is a living thing.  Annually, names will be submitted to a review committee for consideration and inclusion.  Ashkenazi, Sephardi, Mizrahi, Jews from around the world, and across the spectrum of Jewish time, will be welcome for consideration.

For now, for the future, the opportunity is open to remember, to learn, to shape tomorrow.

The Tree of the Jewish Righteous need not be a dream, if we but will it.