The Blogs
Melanie Takefman
Apply for a Blog
Advertisement
Please note that the posts on The Blogs are contributed by third parties. The opinions, facts and any media content in them are presented solely by the authors, and neither The Times of Israel nor its partners assume any responsibility for them. Please contact us in case of abuse. In case of abuse,
Report this post.

What I remember most about my grandfather, a Holocaust survivor, was his unrelenting ability to forget his past.

He never talked about his war-time experiences, but always pushed forward in his life – and what a life he had. Saba began his life in Canada with $50 and started work as a peddler. He built several successful businesses, earning a comfortable living for his wife, children and grandchildren.

He traveled the world with my grandmother, had a retirement home in Florida and a summer house in the Quebec country. Fifty years after his arrival in Canada, Saba sat at the Passover table on his 75th birthday surrounded by his children and grandchildren.  “I think I’m enjoying life,” he said in characteristic modesty. 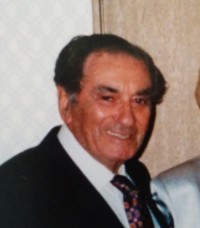 With Holocaust Remembrance Day upon us, we will repeat the “Never Forget” mantra. We must. It is our generation’s duty to document every detail of memory from the Holocaust survivors in our midst as their numbers dwindle rapidly.

Yet the daily life of a Holocaust survivor hinges on forgetting. People like Saba had to erase the past to live in the present and forge a future — for themselves and their families.

When my mother was growing up, her parents never talked about death. People didn’t die; they “didn’t come to Florida anymore” or they were just never mentioned again.

Though this may seem strange to outsiders, this was my grandparents’ lifeline — the imperative survival strategy that allowed them to live full, normal lives — to the extent that that was possible.

Of course, Saba never really forgot. Nightmares plagued this successful, self-made businessman, father and grandfather his whole life. When the iron curtain fell, my grandparents immediately booked tickets to Poland. “For me, visiting Treblinka is the closest thing to visiting a cemetery for my parents and brother,” said my grandmother, also a Holocaust survivor. But my grandfather cancelled at the last minute.

Saba’s silence was broken exactly 17 years ago this week in our family van on the 8-hour drive from Montreal to Hamilton, Ontario for the Passover Seder. With nowhere for him to escape, I put a tape recorder to his mouth: “Tell us your life story.”

He spoke as if it had happened yesterday. The horrors. The incomprehensible. The innumerable twists of fate and accidents and strokes of luck that led him to survive the decimation.

How he escaped a war camp in his hometown and lived in the forest for years and joined the Partisans and ultimately made his way to Italy en route to Palestine. There, yet another serendipitous encounter sealed his fate: he met a friend from his hometown of Ostrowiec, who told him that his mother was alive. He immediately turned back and returned to see her. His parents had survived Auschwitz separately and unbeknownst to each other. His younger sister Rifka was killed, though no one in my family knows how to this day.

The rest is history: he was chosen by lottery as one of 50 refugees to immigrate to Canada in the late 1940s, and he lived in Montreal for the rest of his life.

Alongside the tragedy, he also told us about the happy times and triumphs: about his 70-year-old aunt who used to climb fences in Poland; his post-war meeting with the Pope and their conversation in Hebrew; and how he wooed my grandmother (“having a car in those ways was a sure way to get the girls”).

How lucky I was to have been ingrained with the “Never Forget” doctrine. Shortly after the road-trip-interview, Parkinson’s and dementia overtook Saba for several long and debilitating years until his death in 2007.

Today, as I listen to the tapes of Saba’s life, I am struck by his passion for life, by his ability to move on and create something positive from the evil and murderous reality he endured. He was only able to do that by putting everything behind him, by forgetting — at least on the surface. After what he went through how can you blame him?

So, on this Holocaust Remembrance Day, I will remember our past, but I will also remember my grandfather’s great gift to himself and to us, his family – his ability to forget.

About the Author
Born in Canada and living in Israel since 2003, Melanie Takefman writes about life in Israel, herstory and cross-cultural identity. She is currently working on a book about women and migration.
Related Topics
Related Posts
Comments