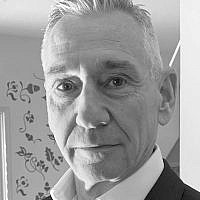 The Blogs
Marcus Sheff
CEO at IMPACT-se
Apply for a Blog
Advertisement
Please note that the posts on The Blogs are contributed by third parties. The opinions, facts and any media content in them are presented solely by the authors, and neither The Times of Israel nor its partners assume any responsibility for them. Please contact us in case of abuse. In case of abuse,
Report this post.

Israelis waking up to the prospect of springtime elections are exhibiting no great sense of excitement at the upcoming political battle. Even the country’s usually perky political pundits seemed to be struggling to rustle up the necessary enthusiasm for a three-month election season.

Costing the Israeli economy an estimated $500 million and taking place only two years after the last election, this round of elections is particularly irksome to many Israelis who consider it superfluous and remain convinced it is a consequence of fractious senior coalition members being unable to get along. About personalities then, rather than policies.

Election slogan-ridden statements crafted by party spokespeople last night and delivered across Israel’s media in the morning explaining why, for sound policy reasons, it is simply essential that elections need to be held as soon as possible, did little to convince.

In their irritation with elected leaders, Israeli voters are threatening to move from their recent cry of “we have no-one to vote for,” to simply not turning up at the ballot box at all. This would exacerbate a steady fall in voter participation in Israel over the last couple of decades.

Israel’s 33rd government (yes, one every two years, on average) did not project any great sense of unity and common purpose from the outset. The conflicting egos, ideologies and political interests of the five coalition party leaders always looked likely to outweigh the natural desire of politicians to hold onto their seats around the government table on Kaplan Street for as long as humanly possible.

While it is of course true that people are rarely enamored by the motivations of their elected officials, Israelis are proving themselves to be less enamored than most.

Israeli pollsters do not have an unblemished reputation for accuracy, but enough data has been produced over the last few months to confirm that Prime Minister Netanyahu is consistently the nation’s first choice for leader, by a factor of nearly two over opposition leader Isaac Herzog and he leads by four-to-one over his coalition partners. And yet, Netanyahu’s approval ratings, apart from during the summer military operation in Gaza when voters rally to state institutions, are in regular negative territory. A poll Monday found no plurality for whether he should run at all or whether it is time for him to quit and leave the stage for others . No great enthusiasm for him then, but no competition either.

It is early days and the electoral dog-and-pony show in all its glory on millions of mobile devices and televisions across the land might just be able to create the momentum to drag a reluctant populace to do their twice-yearly duty.

The emergence of old-new candidate Moshe Kahlon could give some purpose to the democratic exercise if he can articulate a coherent and differentiated set of policies. Other possibilities to ignite our interest include the entry into the political fray of this generation’s contenders for the “ex-military center-left” berth: Former Shin Bet chief Yuval Diskin or former military intelligence head Amos Yadlin.

A coalition on either or both sides of the political map would generate a sense of purpose, although that alternative, mirroring the old Knesset structure of two big parties heading two big blocks, is hard to pull off where seven or more personalities quite happily head their own mid-sized parties.

Israeli political history is not short of examples of politicians who regret at leisure the decisions they made one fraught evening to push for early elections. At $500 million a pop, a least Israelis will get to find out who that will be this time around.