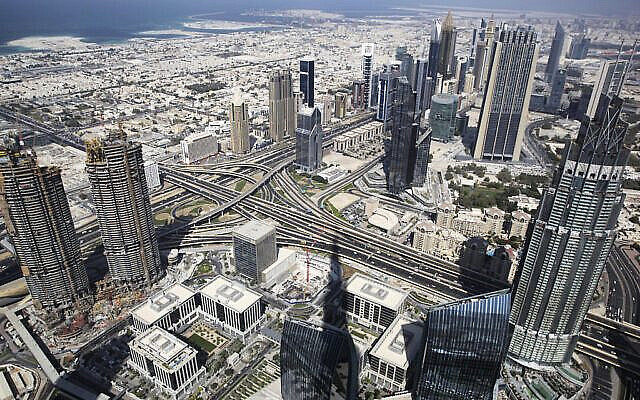 The United Arab Emirates deserve the thanks of every Israeli, not just for putting the past to bed, but also for saving it from its own foolishness in the West Bank.

The decision to fully normalize relations advances Israel’s strategic goal of acceptance by the region, clearly. That this may be a warm peace with deep economic and societal ties, as UAE officials suggest, is a further welcome change. Israelis have not heard such  friendly voices in the region since the late King Hussein of Jordan; and even he could never quite deliver.

Israel is a science and tech superpower and the UAE has developed in record time from a fishing village into a world-class financial and commercial hub. They have enjoyed quiet political and business ties and have been making nice for years, but the potential was suppressed by the need to keep dealings indirect and ties deniable. In a true alliance they could become one of the most interesting stories of the global economy, with huge trade potential in cyber security and other areas.

Even before other Gulf countries follow suit, as they may, it is a leap forward that should not be minimized, as cynics have done.

What is less clear to people is the true nature of the “price” Israel paid in putting aside its plans to annex parts of the West Bank.  UAE officials view that as a benefit they extracted from Israel on behalf of the Palestinians – a “concession.”

Yes, Prime Minister Benjamin Netanyahu has taken heat from his West Bank settler base for selling them out. But they are 5% of the population. For other Israelis, the UAE deal is a rare case in which the payment for a thing was as beneficial to the payer as the thing itself, doubling the value of the transaction.

Not everyone realizes this, because Israel has dug for itself so deep a hole and has woven such a tangled web  that many people tune out in confusion and despair.

So it must be stated plainly, again: Israel’s vital interest is to preserve the possibility of an eventual separation from most of the West Bank. Once the Jewish settler population grows enough to make it inseparable the millions of Palestinians will demand – and deserve – Israeli citizenship.  It will become a civil rights issue and Israel will eventually give in, but not before strife, isolation and economic decline have left little of its glitter intact.

Anyone confused about this need only consult with the unfortunate neighboring Lebanese, whose rival ethnic groups failed to separate in time. The idea that the West Bank situation can go on indefinitely can only be sustained by ignorance of demography, human nature or history.

And while it is true that Netanyahu did not intend to annex all the West Bank, annexing the islands of scattered Jewish settlements would have created the world’s most impossible map and taken Israel many miles down the road to inseparability.

That the UAE – along with various parties in the United States and in Israel itself – scuttled this idiocy is a development Israelis should celebrate no less than the agreement itself. It’s also not terrible that Palestinian leaders discover the Arab world will not forever wait for them to become more pragmatic and less corrupt. Indeed, for once Trump deserves credit for having “done a deal.”

Should Netanyahu be lauded as well? It seems churlish not to – yet his manner and mode are so crooked and crude that praising him becomes a superhuman task for those who value decency in public life.

Netanyahu’s rule has been a period of agitation and division, and he is presently inciting against the legal system and specific officials even as his trial begins for bribery, fraud and breach of trust.

After tricking straight-shooting challenger Benny Gantz into becoming the only opposition leader in the world to join the government – and give up his own Knesset majority! – because of the corona pandemic, he now maneuvers to wriggle out of the agreement to hand over the premiership in 2021 by inventing reasons for a fourth election. As part of that project he misses no opportunity to humiliate “defense minister” Gantz, including keeping him out of the loop on the UAE deal.

That was initially viewed as just the latest reflection of his credit-hogging megalomania, but it took on a more interesting aspect after reports this week about linkage between the normalization deal and possible sales of advanced aircraft to the UAE.

The UAE makes no secret of its desire for advanced F35 fighter planes for its armed forces, which are small but strong, with wider ambition and footprint than is commonly understood. Traditionally Israel opposes any supply of elite weapons systems to Arab countries.

The US indeed takes care to preserve Israel’s military edge, but then again in the 1980s the Saudis were sold super-advanced AWACS surveillance aircraft over Jerusalem’s bitter objections.

In this case it could be argued that the UAE is now Israel’s ally against Iran, and it is in Israel’s interest that it be able to shake a big stick at the Islamic Republic across the Persian Gulf.  The UAE is unlikely to ever turn these weapons against Israel. And Arab countries that made peace with Israel were all rewarded in roughly this same currency, beginning with Egypt.

Netanyahu could have just said that. Instead he obfuscates and denies, insisting  weapons deals are not part of the agreement and that his position opposing such sales has not changed. Parsing of that reaction reveals it to mean nothing; when Netanyahu truly opposes something he knows how to speak clearly. In any case, there is scarcely a person left standing who believes anything Netanyahu says, including his supporters.

Netanyahu has so fabulously succeeded in framing  mendacity as the defining quality of a master politician that many Israelis are impressed at the jackhammer chicanery, gaslighted to the point that they consider it essential to their personal well-being.

They may consider him a genius who merely threatened annexation to extract benefits. It is sad for Israel that the deal may help prolong his calamitous rule.

But an alliance with the UAE, especially if it leads to  wider accommodation with the other countries of the Gulf, is probably worth even that.