The Blogs
Laura Wharton
Jerusalem City Councilor, adjunct lecturer in political science
Apply for a Blog
Advertisement
Please note that the posts on The Blogs are contributed by third parties. The opinions, facts and any media content in them are presented solely by the authors, and neither The Times of Israel nor its partners assume any responsibility for them. Please contact us in case of abuse. In case of abuse,
Report this post. 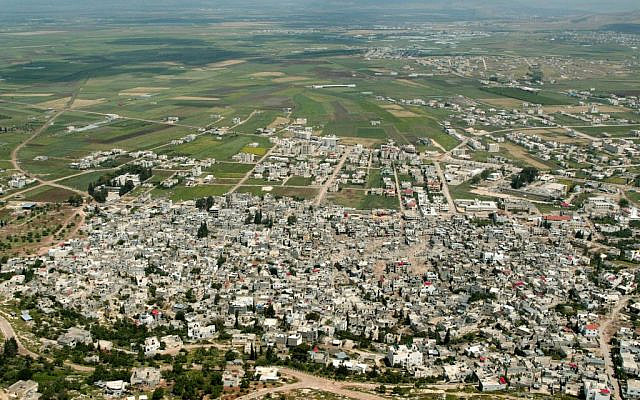 The latest terror attacks, including the horrible murder Thursday night of two lovely and hopeful young men at a bar in Tel Aviv last night, must not drive us to despondency. The murderer, a terrorist who has since been killed, is one of a small minority of Palestinians who have a warped (and despicable) worldview that justifies the killing of innocent people as a means to attain their goal. Sadly, they are not the only ones who condone murder as legitimate in this sort of struggle, as anyone who knows the history of this region can attest.

Virtually all of the 2.5 million Palestinians whose lives Israel controls want the military rule over the West Bank to end. They have looked for and tried many different approaches, including negotiations with Israeli prime ministers, talks which included the U.S. and many European nations, appeals to the UN and the advocation of economic sanctions. The Arab League has three times unanimously approved a proposal for a comprehensive peace plan, known as the Saudi proposal or the Arab Peace Initiative (API), which would also be a framework for reaching an agreement for an Israeli- Palestinian settlement. They also, as we in Israel know all too well, have tried two major uprisings — the first “Intifada” in 1987 and the second in 2000. In addition, various movements and individuals have been involved in ongoing, sometimes sporadic but often deadly and horrific terrorist attacks, sometimes in waves. Since Israel withdrew unilaterally from the Gaza strip, refusing to negotiate with the Palestinian Authority and against the advice of such prominent and experienced negotiators as Dr. Yossi Beilin, it left a vacuum which was filled by the Hamas movement. Since Hamas has controlled the area thousands of missiles have been shot at Israel and Israel has repeatedly responded with massive retaliation at the cost of its own soldiers’ lives as well as those of hundreds of Palestinians.

In what direction is all this leading us? Currently, nowhere. It would seem that we are caught in an endless series of attacks and counter-attacks. But in fact it is much worse than that. The very processes that are most painful to the Palestinians, the land seizures, housing demolitions, and civilian casualties resulting from military rule, are continuing and even expanding unabated. Although the Palestinian territories are markedly quieter, on the whole, since the Oslo Accords created the Palestinian Authority, most Palestinians and a majority of the territories remain under Israeli control. From a Palestinian perspective, there is a total deadlock that is to their disadvantage: as Palestinians describe it, it is like negotiating over dividing up a cake at the same time that one side is eating it. The Palestinian frustration is expressed by growing unrest and violence, which is increasingly directed at Israeli civilians. Hence the horrid attack in Tel Aviv. Nothing is more dangerous than despair.

Ironically, however, a real solution is clear and available. Israelis support such solutions elsewhere: most recently, Israelis have shown solidarity with Ukraine against Russia’s war and condemn Russia’s widening occupation. While Russia denies Ukraine as having a distinct identity as a people, Israelis recognize that it does. While Russia claims that it has historic ties to Kyiv, with important religious significance as claimed by the Patriarch of the Church, Israelis reject that as an excuse. While Russia claims it is not occupying Ukraine but reclaiming territory historically hers, most Israelis find that not a justification for the takeover or the concomitant use of military force. Of course, each of these claims parallels an Israeli claim over the West Bank.

Why is the right to national independence so clear and clearly just elsewhere, but not in the case of Palestine? Why is the use of force and military prowess to occupy a neighbor so obvious and obviously wrong elsewhere, but not on the West Bank? It is always easier to see justice and wrongs more clearly when they’re not in your own backyard.

Of course, there are many differences between the two situations. Israel’s conquest of the West Bank was the result of a war that she did not start. Relations between Ukraine and Russia did not involve years of mutual bloodletting or decades of terrorist attack and animosity. Ukraine has a properly functioning and democratically elected government. But much is parallelled. And of greatest significance, ultimately in both cases, a smaller people is being overrun militarily by a greater power that seeks to deny its independence.

After more than fifty years it should be clear that the Palestinians will not accept anything less than their independence. After more than 50 years of military rule Israel should realize that its hold only exacerbates tensions not only within the territories but within Israel. It is also clear that the international community will never accept ongoing military rule, and that this situation endangers Israel’s stance as a democratic country.

Israel and Israelis advocate national freedom, independence, and democracy elsewhere. They understand that elsewhere military rule must come to an end. Only in its own backyard it is oblivious to its contradictions and blatant violations of international law, not to mention morality. Israel is the strongest power in the region and as the occupying power holds the key to ending the cycle of violence. Its great army and state are in no real sense threatened by the impoverished and largely unarmed Palestinians, whose only strength is in their determination. Israel can and must withdraw its troops and civilians from the occupied west bank in exchange for guarantees that the area will remain demilitarized, as has already been promised. These steps will not bring an immediate end to the violence, but are the only alternative to allowing terrorists to draw it into yet another deadly spiral.

Moreover, once this is done, Israel can reposition all of its troops along its borders in order to defend itself along internationally recognized lines, as every other country in the world does and is expected to do. A proper border between Israel and Palestine will be much more defensible than the uncontrolled spread of illegal outposts and scattered populations under military rule. Israel will be a much safer place and a stronger country once this happens.

About the Author
Dr Laura Wharton is a member of Jerusalem's City Council as a representative of Meretz and an adjunct lecturer in the political science department at the Hebrew University of Jerusalem. Born in the U.S., she immigrated to Israel after receiving a B.A. in the government department of Harvard University and then served a full term in the Israel Defense Forces. She subsequently completed an M.A. and a Ph.D. at Hebrew University. For research that later served as the basis for her book "Is the Party Over? How Israel Lost Its Social Agenda" (Yad Levi Eshkol, 2019) she was awarded the Prime Minister's Prize in Memory of Levi Eshkol. She is a mother of two and has been living in Jerusalem for more than two decades.
Related Topics
Related Posts
Comments