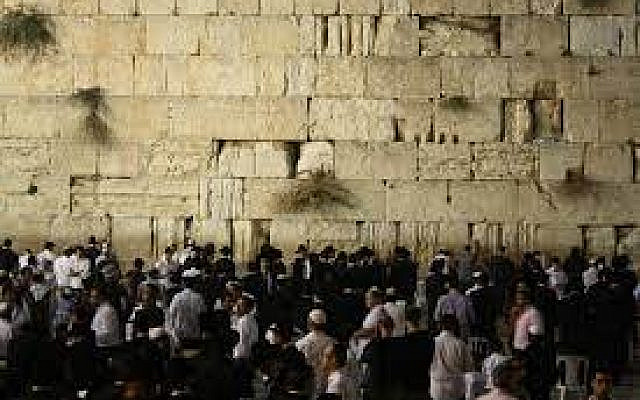 On a regular basis there seems to be heated debates about conversations and the ramifications of the different decisions made both in Israel with the Rabbinate and the United States by various denominational groups.

Regardless of whatever decisions are made, someone seems unusually hurt and places a great deal of fret and worry about what this means to various Gerim (converts) and convert-like folks around the globe. Almost every single time all sides attempt to challenge or keep the status quo by making grandiose declarations about the status of Gerim that seems not to have much effect on the actual lives of converts.

I’m for one, in complete agreement that there are enormous problems with the various geirus processes and that there is much needed insight into the halacha surrounding it that has been missed by authorities and experts alike. Confusion about the process and general education about what it means to covert to the Jewish community hasn’t helped.

The columns and blogs are forwarded to me each time. Some of the stories are heartbreaking: people who converted to Judaism and have had nothing but a hard time from the people of their area. Many of these folks are good friends of mine, and I’ve spoken to them about the horrible situations they are often put in with their unique backgrounds.

However, mixed with these stories are also claims of “converts” that on careful examination seem to be nothing more than fraudulent methods of creating confusion within our community. Some seem to be anti-Semites that are using the claim of conversion to back their hateful agenda, and some are just plain confused and mentally disturbed. Conversion and faux-Judaism mixed with other religions has opened the flood gates to these fake conversions, and the plethora of messianic rabbis claiming to be authorities hasn’t helped.

Life is unusually messy, and one of the reasons we have Torah is to help guide us through those messes.

The issue with Gerim is just the same as any Jews: there will be some who are contrite, amazing, that genuinely love Torah and then there will be those who are doing an “internet conversion” in order to attempt to infiltrate the Jewish community for the purpose of anti-Semitism and hate.

First of all, if someone went through a Kosher conversion, went to the Mikvah, accepted the Mitzvos, they are Jewish. This is regardless of how you think of them.

Their bad behavior just means they are bad Jews.

We’ve a lot of them, converts or not.

Secondly, just like you deal with ANYONE, you should look at the whole of the people. If anyone (regardless of if they are a convert or not) becomes a part of your life, you need to take precautions and judge them like you’d anyone else. Converts are just like everyone else: if they are a bad convert, and a danger to you and yours, you don’t have to have them in your life.

The fact they converted to Judaism may very well be a plus point on their side when it comes to Hashem, and the community at all, but doesn’t prevent you from “being smart.”

This applies in reverse, of course, being a convert shouldn’t ever be a negative attachment to it. If someone converted to Judaism, it’s just part of their story as  Jew.

Life isn’t easy and there isn’t a simple solution to everything.