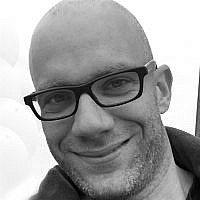 The Blogs
David Forras
Apply for a Blog
Advertisement
Please note that the posts on The Blogs are contributed by third parties. The opinions, facts and any media content in them are presented solely by the authors, and neither The Times of Israel nor its partners assume any responsibility for them. Please contact us in case of abuse. In case of abuse,
Report this post.

I had no illusion of what happens, when an election is won by a candidate, who enjoys the support of deplorable masses, because I was a witness to the victories of Fidesz, the governing party in Hungary, both in 2010 and 2014. It is a pretty painful experience to someone like me, a liberal spectator of events.

Having said that, the collection of these Twitter messages scared the shit out of me, because at this very moment, the United States of America reminds me of a future Hungary, where the deplorable masses voted the extreme-right Jobbik party into power, and the gates of hell opened for Gypsies, Jews and sexual minorities.

By the time a Jewish boy grows up in Hungary, he becomes fairly immune to verbal Anti-Semitism. The worst Anti-Semitic incident I was a victim of happened to me in high school, when a deplorable fellow student called me “David, my little star” in front of plenty of other people. We ended up in a fight and he ended up apologising to me in front of our senior teachers.

My parents explained me that a 15 year old boy rarely develops Anti-Semitic attitudes by himself, and that my fellow schoolmate probably heard these things at home and therefore, I could not really be angry with him.

Anyway, the point is that even in a fairly right wing school in Hungary, in the first years of the century, the establishment was on my side and did not even try to accept the pathetic explanation of this deplorable student, that his actions were merely a response to me wearing a Che Guevara T-shirt a few days earlier.

Donald Trump’s rise to the Presidency serves as a perfect occasion for the deplorable masses, to show everyone, how they celebrate victory.

The President-elect might be on a charm offensive at the Wight House and on the Hill, he has not condemned these cowardly attacks on decent Americans, which lack of action truly reveals the real face of his approaching Presidency.

Although the visit of the President-elect to the White House looked nice in the eyes of foreign governments and might have calmed the financial markets, “very good man, very good man” Barack Obama might as well be the last African-American person in the United States, who needed assurances from the incoming President.

For those, who believed that billionaire Donald Trump was an outsider, I have a piece of pretty bad news. With his election to the Presidency, Donald Trump became the establishment himself.

If he does not try to calm his pathetic, celebrating voters and does not try to restore the relative calm between the deplorable and the decent America, he will be the first President in decades, who will be directly responsible for the tensions, violence and unrest, which will clearly follow the establishment’s lack of alignment with the scared masses of the USA.

About the Author
David Forras holds a Masters degree in Corporate Communication from IE University, Madrid, Spain. He worked in the Hungarian financial services industry mainly in the fields of commercial development, marketing and PR. He was involved in several civil organizations and therefore has experience at community development and extremism monitoring. Currently, he works as a journalist in Budapest, Hungary. All views in the blog are his and do not represent the opinion of any organization.
Related Topics
Related Posts
Comments