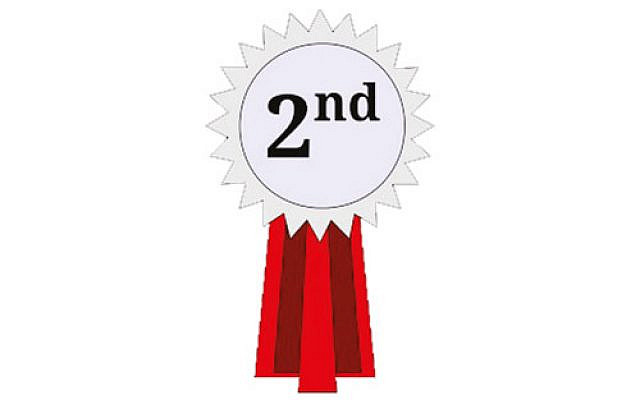 When I was first started working at Bottom Line, the publishing company that hired me in 1995, I was given the title of Director of Alternate Media … and alternate media was defined as everything and anything except direct mail.

That meant that I was responsible for exploring any direct response medium besides direct mail that potentially could bring in new subscribers, including but not limited to newspaper and magazine ads, package inserts, statement stuffers, TV, radio, and this new medium at the time called the Internet.

It was a lot of fun, as we performed a lot of testing. Not everything worked. However, we had a couple of big successes, and we were able to bring in tens of thousands of new subscribers a year for our publications from these alternate sources.

I have a little problem, though – and I admit that it’s not a great quality for someone in marketing to possess.  I never met an advertising opportunity I didn’t like … and I often was willing to test virtually any new direct response vehicle that was presented to me.

Unfortunately, that can get you into some trouble if you are not careful.

One of the more unusual advertising opportunities that we tested while I worked there was the back of ATM receipts.

Yes, you read that right.

One of the brokers we used said that we could promote our product on the back of ATM receipts, at an extremely low cost per thousand. It was a new and untested program. And I was really excited about breaking new ground in a direct response medium that had never been used before by anyone … because if it did pay out, I knew that there were a gazillion ATM receipts that are printed and distributed to bank customers each day.

I was already counting the new subscribers we could yield from this source!

Well, we booked a test for 200,000 ATM receipts, split between four different regions. I carefully prepared the creative and the offer. And sent it off to the broker. And waited a couple of weeks until the promotion finally hit.

The 200,000 ATM receipts were distributed to bank customers over a three-day period. I couldn’t wait to start reading the reports about the orders that I was certain would soon be arriving … and we didn’t need a lot of orders to make money.

Unfortunately, after several weeks, we received a grand total of one order. (By the way, it’s worse to get one order than zero orders, because if you get zero orders, you can always claim that the promotion didn’t run!) Needless to say, my bubble had completely burst.

Just to be clear, we didn’t spend a lot of money on this test. But it did teach me an important lesson. You don’t always have to be first in an untested medium. In fact, it’s almost always better to be second — after you have seen someone else have success –than to be first. That way, someone else spends the money to find out if a medium is successful, and you have a better chance of making a test work and scaling up than if you were the first person to test the medium.  And if you don’t see your competitor spending more money on this medium, you can assume it failed – and you’ve saved yourself a lot of time, effort, and money.

I can think of a couple of instances in business where I have applied this important lesson.

Whenever I test new mailing lists, I’ll always ask if someone else has tested and continued on that list. If they have, then I have more confidence that this particular list will work for me than if I were blindly testing the list without that knowledge – and I likely will test it. It greatly improves the odds of success.

The second example is when the company I worked for entered the infomercial business in 2005. There was a guy named Kevin Trudeau, who was all over the airwaves selling a book called Natural Cures. We watched the infomercial … and bought the book. And we realized that we had a much better health book with natural cures of our own, and we were much savvier with our marketing. We surmised that if Trudeau could successfully sell a $30 health book on TV, we could probably have the same success as well.  So we entered the infomercial business – not being the first one to make an informercial selling a health book, but the second one.

Five years and $150 million in profitable sales later, I think we proved we were right. Lesson: It was fine to be second, as there was plenty of money left on the table for us to generate from this source — without having the big risk of testing an unproven market.

By employing this strategy, you may not get the satisfaction of being the first to do something.  However, being second can often be just as rewarding.

There’s also a Biblical reference to the value of being second – and that comes from the story of Yitzchak.  As Rabbi Adin Steinsaltz explains, most of the deeds connected with Yitzchak’s name were actually accomplished by other people; and the little he did on his own seems no more than a repetition, with slight variations, of what his father had done. He dug the wells that his father had dug, and experienced his own version of his father’s encounter with Avimelech and with Pharaoh.

However, Yitzchak is not just an imitation of Avraham. He is a crucial part of the story of the Jewish people. Avraham is the trailblazer, the iconoclast, the once-in-a-lifetime leader with game-changing ideas. Yitzchak is the careful executor, the one who performs the tremendously difficult and fundamentally important work of making sure Avraham’s revolutionary ideas have lasting value. Without Yitzchak’s patient and skillful efforts, Avraham’s big ideas go nowhere.

Avraham was the initiator, the founder of our faith; Yitzchak’s role was to reinforce and consolidate, to transform Avraham’s vision into a way of life that could be passed down to future generations.

Indeed, sometimes being second can be as important – if not more important – than being first.  Whether it’s to minimize risk, as in the case of advertising and promotion … or to build on what already has been established, as demonstrated by Yitzchak.

About the Author
Michael Feldstein, who lives in Stamford, CT, is the founder and owner of MGF Marketing, a direct marketing consulting firm. His articles and letters have appeared in The Jewish Link, The Jewish Week, The Forward, and The Jewish Press. He can be reached at michaelgfeldstein@gmail.com
Related Topics
Related Posts
Michael Feldstein