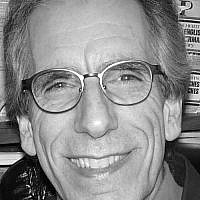 The Blogs
Stuart S. Miller
Apply for a Blog
Please note that the posts on The Blogs are contributed by third parties. The opinions, facts and any media content in them are presented solely by the authors, and neither The Times of Israel nor its partners assume any responsibility for them. Please contact us in case of abuse. In case of abuse,
Report this post.

I am beginning to hear voices of late. I heard yet another one just the other day. Voices that I, and I am sure many others, have been yearning for with each passing day for the last few years, as we anxiously consume, scour, even devour op-eds, commentaries, interviews, and sermons in the hope that we will find some words and meaning that inform the turmoil that we are confronting in our daily lives.

More on these, perhaps for now only small murmurings but still rather important voices, later.

What I have been especially waiting for are today’s Jewish spokespersons, our theologians who can help us make sense of our times, offer a pathway to hope, and especially speak truth to power when necessary.

Our times call for the wisdom and insights of a Martin Luther King and, within our own American Jewish community, that of an Abraham Joshua Heschel or an Elie Wiesel, both of whom teased out the relevance of the stories, the aggadot of our ancient rabbis, that have always given meaning to our way of life, the halakhah.

To be sure, our rabbinic leadership is now overwhelmed with providing greatly needed pastoral care and has also been preoccupied with the pragmatic and halakhic challenges of life without our shuls and communal rituals.

But much more than that is needed – much that these initiatives simply do not address.

Allow me to provide an example. Davening is not the same, certainly not in our homes and surely not even now, when things are starting to open up, next to our cars in the synagogue parking lot. But why not? Isn’t it only the venue that has changed? Are not the words and liturgy the same? Are they not sufficient?

Not really, unless their only purpose is to make us feel good because we are fulfilling the obligation, the chiyyuv, of daily prayer, and because they offer expression for the preservation of our individual, personal health and welfare.

But what about the greater good that goes beyond the self?

In his Zoom sermon on parashat Naso, Rabbi Tuvia Brander of West Hartford, CT reflected on the protests engendered by the killing of George Floyd. Drawing on the teachings of Dr. Norman Lamm z”l and commenting upon the priestly blessing in the parashah, Rabbi Brander developed the idea that shalom is first to be sought within ourselves, our families, and our communities – that we can only arrive at peace between peoples once we sincerely approach and engage each other as humans who are equally created betselem Elohim, in the image of God.

What I took away from Rabbi Brander’s remarks was that our search for the twofold connotation of “shalom” – wellbeing and peace – both primal concerns in this era of pandemic and social division, will always be elusive if we look to others, such as political theorists and politicians, for solutions. Rather, this is the time to look within ourselves and ask what is it that I/we have to change about our actions, our attitudes, our behaviors, and our relationships.

In this remarkable reflection on his experiences as a young man working for voting and other rights for African Americans, Rabbi Berman brought home the extent to which the care that Abraham had for his fellow human beings, which is reiterated, honed, and enhanced in our prophetic tradition, must motivate our actions and our relationships with others, Jews and non-Jews. Indeed, story after story that he told reflected the mutual growth in understanding between Whites, Jews, and Blacks that matured and benefited from their working together towards common goals held dear by the civil rights movement and Jewish tradition.

Rabbi Berman especially deconstructed the perverse and cynical response “All Lives Matter” that is all too often heard as a rejoinder to the Black Lives Matter movement. For Rabbi Berman, there is no question that Jews must support the immediate goals of Black Lives Matter. Lives are at stake and we are part of the solution. Pretending this is not our fight is disingenuous and downright antithetical to our tradition. Our prophets were not hoping for peace for Israel but for a peaceful world for all. Our prophets were not arguing for the rights of the orphaned and the widowed alone but for the creation of a society that cared for all downtrodden people and sought to do away with injustice entirely.

In response to a question, Rabbi Berman went further, maintaining that when a particular group or movement such as Black Lives Matter (or any political party, I might add) has this or that position which is problematic for some or even all Jews, but there otherwise is common ground on vital matters that affect all peoples, we are obligated to work together – and in doing so greater understanding and appreciation for diverging opinions will ultimately be achieved.

In the end, exclusive self-interest is self-defeating, which brings me to what has been bothering me for the past number of years, and, here I think I am not alone.

There is an existential moral dilemma at the core of what afflicts American society today. When I hear, as I did some months ago, a Republican strategist argue that the President’s demeanor and character are irrelevant because the party’s supporters only care how their 401(k)s are doing; when I hear gun rights advocates hide behind the second amendment so that they can keep their military armaments in their basements while our children are slaughtered in our schools and we are no longer safe attending houses of worship or even music festivals; when I hear evangelical Christians and so-called pro-lifers express their support for the President because he is advocating for their positions; when I hear Trump’s supporters and appointees defend his vile and dangerous behavior and pronouncements, or worse, ignore them to retain their own power…

I could go on, but I am particularly concerned about the self-interest heard all too often in our own, especially but not exclusively orthodox, Jewish community. When fellow Jews, descendants of refugees themselves, denounce or turn a blind eye to legal immigration and people seeking asylum; when some people with whom I worship fail to criticize an Israeli government that disrespects Diaspora Jews and deprives them (ironically, including the orthodox) of their autonomy; when I hear that the President deserves our support because he has done what we (I exclude myself here) wanted, that is, move the U.S. embassy to Jerusalem, or because he has promoted annexation of disputed territories, which arguably undermines the possibility of a peace settlement – what I am hearing is the same shortsighted selfishness that afflicts our society as a whole.

This is not to say that there is no hope. That thousands of people of all faiths, creeds, and colors are putting aside whatever differences they have and are peacefully protesting the racial injustices that African Americans have suffered for far too long and that are embedded in our society indicates that we are able to get over ourselves. That so many people across our great land are providing, at times risking their own lives, for the essential needs of their neighbors and are caring for those who are truly suffering pain and experiencing personal loss during this awful pandemic reflects a profound awareness that acts of gemilut chasadim, lovingkindness, are all about our common and reciprocal needs as humans created in the image of God.

The voices that we are finally beginning to hear, both locally and nationally, are on to something that Hillel expressed long ago, a sentiment that perhaps many are now beginning to understand and internalize:  “If I am not for myself, then who will be for me – And when I am for myself, what am I?”

About the Author
Stuart S. Miller is a scholar of Jewish society in the Graeco-Roman period. He teaches at the University of Connecticut at Storrs where he is Academic Director of the Center for Judaic Studies and Contemporary Jewish Life.
Related Topics
Related Posts
Comments