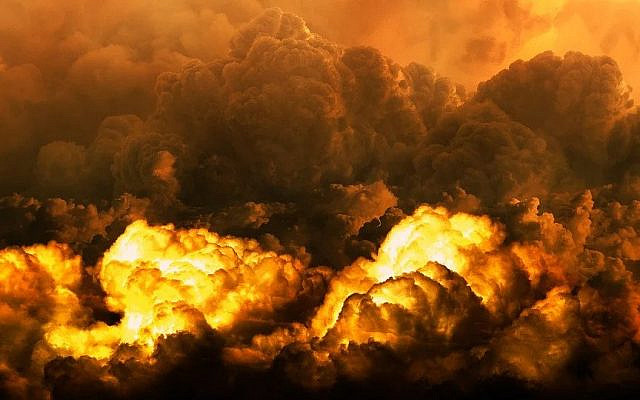 Human beings seem wired to complicate things. Beset by with a relentless right-wing offensive, the would-be defenders of the democratic values that drove human progress in the past century are instead mired in mud wrestling between “progressives” primed for revolution and “liberals” who cling to quaint values like freedom of speech.

To many liberals, the shock of a family feud is even more vexing than the conflict with the genuinely  dangerous populist movement that has essentially taken over the right and turned the US Republican Party into a home for isolationists, nativists and white supremacists. Adding injury to insult is the gnawing suspicion that the progressives may help Donald Trump get reelected.

The battle has ratcheted up in recent days, sparked by the elevation of the racism issue by the killing of African American George Floyd by police officers in Minneapolis. One can understand the explosion of rage at the American police, which consistently produces “bad apples” given to killing unarmed blacks while getting caught on video.

One can also understand why the youth would rip up the playbook of politesse that failed to fix not only racism but the gender gap or homophobia – and distrust a capitalist system that has yielded absurd inequality and wiped out career stability and retirement safety nets while stock values climb and the rich get richer.    Even democracy seems not to work in a world where the issues are so complex and the manipulations so clever.

One can sympathize with these goals, but recoil from methods that have become decidedly illiberal. For the moment the classic liberals still have the upper hand, evident in the prevalence of establishment candidates like Joe Biden. But the progressives have the momentum.

That is evident the parade of senior journalists fired, made to resign or driven to publicly grovel due to failures to sufficiently oppose everything Trump, promote diversity or get in line on identity politics and its related orthodoxies. In part this is the media, gutted by the Internet, afraid to lose another reader. Viewed another way this is the media giving up on half the country, betting on a future it may not live to see.

It’s ironic, because outside the activist community blacks in America are not especially “progressive”: in Democratic primaries, for example, they tend to favor establishment candidates.

But if nothing else, the battle is clearing up global confusion around the term “liberal” – which in America has meant left and in Europe has essentially meant right. Both trace to the Latin root “liber” – as in freedom. But European liberals focused on freedom from burdensome taxation and regulation. In America to be liberal was to be on the left – the liberty aspect perhaps attached to “freedom from poverty” (and of course other non-economic freedoms like assembly).

To be fair, the European usage seems more linguistically correct.

As the discourse moves away from economics and toward culture, “liberalism” all over the world can increasingly be seen as connoting “center.”  The true liberal anyway seeks not only freedom but also progress toward a better world – just in a reasonable way. Reasonableness is what the liberal seeks, sometimes at the risk of appearing ridiculous.

Now that all the world is going mad, European liberals find themselves caught in the middle much like their homonymous American cohort; the animus is less extreme – but give it a few years.

Once upon a time, the GOP had a truckload of principles that aligned well with European liberalism of the old school: checks on taxation and state meddling; freedom of speech; free trade worldwide; support for business which is a sector driven by numbers, facts and science; individual rights and the rule of law; American global leadership at least theoretically promoting liberty.

Trumpism has jettisoned most of that, leaving mainly nostalgist attachment to tradition. It is an America First agenda that cares little for principle and is perfectly capable of nationalizing businesses, meddling with the private sector, limiting free speech and assembly, launching trade wars, withdrawing from the world and centralizing authoritarian power in the executive.

It was always clear that some Republican voters would go along with such a scenario, but what Trump has revealed is that most will. The hardy few that oppose it on principle – a milieu ranging from brainy media figures like Bret Stephens, George Will and Bill Kristol to well-mannered politicians like Mitt Romney and Jeff Flake –  could fairly be put in a basket called “liberals” right now.

They might not support extensive abortion rights, but they share significant common ground with people who might have once been called centrist Democrats. Partly that is because these GOP liberals have mostly come around on once-progressive issues that now enjoy broad consensus, like gay marriage. But mainly it is because of a common sense of being besieged by both right and left.

At present, other than Trump, none of the three groups has a persuasive leader. But the liberals do have a world view that built the post-War world, and here’s how it stacks up against the progressives’ impatience with the iniquities of that world:

If I were still working in US media right now – or indeed, if I harbored expectations of returning to it despite the ageism that prevails there – I could not even outline the discourse in the way that I have. As it is, a digital army may yet find itself triggered by the accurate outline of another point of view. And that cannot be right.

The Democrats are still bound by a broad commitment to minority and women’s rights (including abortion), gun control, social welfare and measures to reduce inequality and provide guarantees of healthcare.

You’d think that with such important causes to champion the party would not be ripping itself apart on the less-than-urgent question of whether gender is assigned or observed at birth.

But you’d be underestimating the power of the anger that always simmers in people, even if out of view. It is amplified today by a new generation’s desire to refashion a world that despite ever-better smartphones remains resiliently stupid – and strangely hostile.