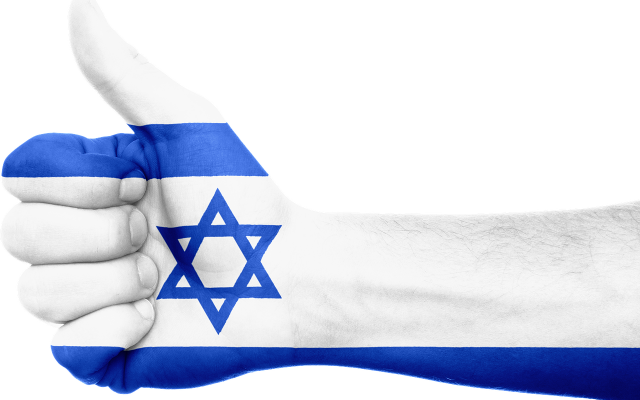 Geographically, Israel is a small country both in size and population. However, its economy is considered to be one of the most developed in the Middle East. Israel’s robust technology sector, globalized trade, and heavy investment in research and development make its economy quite advanced.

There are several compelling reasons to consider investing in Israel-based companies.

First, Israel has a diversified economy with strong sectors in technology, defense, agriculture, and healthcare. Second, Israeli companies are often leaders in their respective industries. Finally, as a developed country with a stable government, Israel offers investors a level of safety and security not found in many other markets.

Popularly quoted as a “start-up nation,” Israel is home to a large number of innovative and high-growth companies. The country’s investment climate is considered to be very favorable, with a strong entrepreneurial culture, ample venture capital, and a well-educated population.

Despite the unprecedented COVID-19 pandemic, Israel’s economy has held up relatively well with low vulnerabilities and a stable currency. According to UNCTAD’s World Investment Report 2021, Israel ranked 12th among the top 20 host countries with an increase in investment flow of 30% from 2019 to 2020. It reached an approximated total of $25 billion in 2020 despite the crisis and global uncertainties.

However, because of tensions in the region and the potential for geopolitical risk, some investors are reluctant to put all their eggs in one basket by investing only in Israeli companies. The country ranked 35th in the Ease of Doing Business ranking in 2020 among 190 economies ranked by the World Bank.

Hence, a more diversified portfolio that includes a blend of Israeli and international firms may be a more prudent approach.

Primary Vehicles for Investment in Israel

There are a number of vehicles for investing in Israel-based companies. The most common include exchange-traded funds (ETFs), Israel government bonds, and venture capital.

ETFs that invest in Israeli companies are a popular way for investors to gain exposure to the country’s economy. These funds track an index of Israeli stocks and offer liquidity, diversification, and low fees.

Some of the more popular funds include the iShares MSCI Israel Capped ETF (EIS) and the BlueStar Israel Technology ETF (ITEQ).

The iShares MSCI Israel Capped ETF is a popular option among investors who are looking for broad exposure to the Israeli economy. The fund has approximately $180 million in assets and holds 111 stocks from a variety of sectors.

The BlueStar Israel Technology ETF is another option for investors interested in technology companies. The fund has approximately $173 million in assets and holds 70 stocks, most of which are in the technology and healthcare sectors.

Previously, the Israel Securities Authority (ISA) has also announced the launching of CFD trading on the Tel Aviv Index, which is a benchmark for the Israeli equity market. This meant a positive development for Israeli stocks as it allowed for more exposure to individual stocks and opened up the market to retail investors.

CFDs or Contracts for Difference are derivative products that allow investors to trade the price difference of an asset without owning the underlying asset.

Learning to trade in CFDs could be a useful tool for investors who want to gain exposure to Israeli stocks but do not want to buy individual shares.

Because of a stable government with no history of default on its bonds, Israel government bonds are considered to be a safe investment with relatively low risk.

The country’s bond capital has been used primarily to build an economic powerhouse in the Middle East in the areas of high-tech startups, venture capital investment, and medical equipment patents.

Despite being a small nation, Israel has been a world leader in information technology, military hardware, medical innovation, and agricultural exports.

Although these bonds are generally a safe investment, here are some points which merit consideration when investing in them:

Venture capital is a high-risk, high-reward investment option that is often used to invest in early-stage companies.

Israel has been a top destination for venture capital investment in recent years. In 2019, Israeli tech firms raised a record of $8.3 billion which was a 30% increase from 2018. The main reason for this is because Israeli startups have a track record of being able to generate significant returns for investors.

However, venture capital is not without risk and comes with little liquidity. Many startups fail, and the time horizon for a return on investment can be quite long.

Due to the economic slowdown brought about by COVID and Israel-specific risks in the VC landscape, some investors are pulling out of Israeli startups. This is a worrying trend that has been seen in the past years where later-stage companies are being preferred over early-stage ones.

Israel is a country with a lot of potential for investors. It has a strong economy, a well-educated population, and cutting-edge technology. It offers a variety of investment options for investors with different risk profiles and time horizons.

Although the country is facing some headwinds due to the COVID pandemic, its economy remains strong and has shown resilience in the past.

Investors who are interested in Israel should do their research to decide which vehicle is best suited for them.

Building an Israel-centric portfolio can be a way to gain exposure to one of the most innovative, resilient, and fastest-growing economies in the world.