This week the State of Israel marks 47 years since the Yom Kippur War.  For the first few days Israel was hanging on by a thin olive green thread. Israeli intelligence and strategic planners were caught by surprise on the holiest day of the Jewish calendar by underestimating their enemy, and convincing themselves that the Arabs lacked the ability to alter their combat methods.  Despite committing huge strategic and doctrinal errors, the IDF prevailed, thanks in no small part to the courage, initiative and combat skills of its soldiers, particularly its elite armour crews and commanders. Two of these commanders stand out in particular, 29 year old Lt. Col. Avigdor Kahalani, the son of immigrants from Yemen, and 21 year old Kibbutznik and newly commissioned Lieutenant Tzvika Greengold. The dark Yemenite and blond haired kibbutznik were a study in physical contrasts, but their legendary awe-inspiring leadership and bravery continue to stir emotions of tremendous gratitude and teach us the difference individuals can make in the course of history, or in this case the very survival of our Jewish homeland.

The lone force standing between the Syrians and Israel’s possible destruction was the IDF’s 77th Armoured Battalion, known as Oz 77, under the command of Kahalani. Despite having received horrific burns in his tank during the Six-Day War, he volunteered to stay in the Tank Corps and by the time of the Yom Kippur War was  a Battalion Commander. 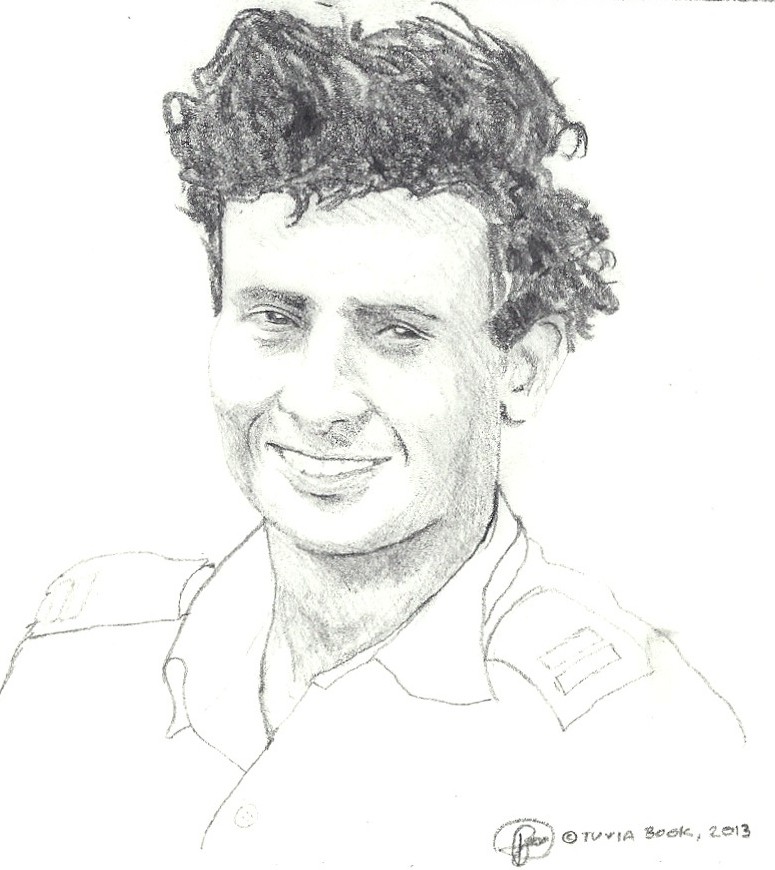 On the fourth day of battle in the Yom Kippur War, the Syrians launched a new and formidable attack from a valley north of Kuneitra. In a major assault, hundreds of modern Arab tanks began moving up from the bottom of the valley hoping to take higher ground. By then, Israeli forces in the northern Golan were able to field only about 40 operational tanks, commanded by Kahalani, against 500 Syrian tanks. Had the Syrians gained access to the plateau, they would have been able to spread out their forces and control the central Golan Heights. From there, it would have been easy to penetrate even deeper into Israel and potentially cut Israel into two.

Kahalani was sent to the valley in a last-ditch effort to stem the Syrian advance. Calling his men to join him in a rush towards the enemy, he was shocked to find that a commander’s worst nightmare had come true: he was moving forward alone. Physically and emotionally at the end of their rope, the men had simply not responded.  When Kahalani’s tank reached the crest of the hill, he found himself face-to-face with three Syrian tanks. Incredibly, his crew managed to destroy first one tank then another a mere fifty meters away. As a third tank aimed its cannon in Kahalani’s direction, his guns jammed. Nevertheless, the Syrian tank burst into flames, hit by Israel troops who had finally rallied to his support.

The battle raged all day long until the Syrians, who suffered their own heavy losses, finally retreated, leaving behind 260 wrecked tanks, 500 armoured personnel carriers and numerous other vehicles. The burning smoking hulks littered the battlefield that would become known as Emek Ha-Bacha – The Valley of Tears.

Newly commissioned Lieutenant Tzvika Greengold was at home at Kibbutz Lochamei Geta’ot (“The Ghetto Fighters Kibbutz,” founded by survivors of the Warsaw Ghetto uprising) when the war broke out.  Despite the fact that he did not have an assigned unit, he hitchhiked up to the front line on the Golan Heights and was greeted with a scene of pandemonium and chaos.  He then grabbed two hastily repaired tanks and assembled crews from amid the confusion. After Greengold announced that “Force Tzvika” (a name that would enter Israeli military lore) was in the field, he then proceeded to fight alone for the next 20 hours, only occasionally accompanied by other tanks.  Greengold changed tanks half a dozen times when his tank was destroyed. He stayed in action despite wounds and burns, saving the situation time and again. 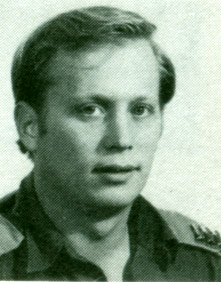 In one particular situation, with a lone tank against an entire Syrian armoured column, Greengold recounted:

I was alone, and surrounded from the front and to the right.  I fired in both directions, destroying a number (of Syrian tanks), moving backwards all the time.  They began a search with lights.  I destroyed a few more.  The brigadier asked over the radio how many tanks I had (in my force). I told him: ‘my situation isn’t good and I can’t tell you how many.

Greengold’s tactical understanding of the battlefield terrain and of tank warfare strategy allowed him to successfully harass the numerically superior enemy force.   In the process he single-handedly destroyed tens of Syrian tanks and eventually, with the other brave warriors of the armoured corps, forced the Syrian divisions to retreat after days of fierce fighting. This was a major turning point in the Yom Kippur War.  Tzvika’s heroism is even greater when read against his humility.  He stated that:

I didn’t plan to be a hero, but I knew if I didn’t continue to fight, Israel would be in great danger. There are men, alive and dead, who did wonderful things we don’t even know about.  The men on the line did exceptional things and I pale by comparison.

The reason that Greengold, Kahalani and their comrades fought with such desperate courage is that they knew that there was no one else to step into the breach and they needed to hold the line long enough for the reserve troops to arrive.  The alternative was the destruction of the Zionist dream. Abraham Rabinovich, in his magnum opus,” The Yom Kippur War,” wrote:

[Greengold had] an awareness that the Holocaust his parents survived was suddenly relevant again, a sense that he stood between an enemy and the prospect of his people’s annihilation.

Kahalani and Greengold are the embodiment of individuals who, despite overwhelming odds, through sheer heroic courage, gritty determination and inspirational leadership move themselves and the soldiers under their command to overcome seemingly insurmountable odds and emerge victorious.  For their actions, they were both awarded Israel’s highest combat decoration, the Medal of Valour.  “Hero” has become an overused word. A football player who scores a goal to win the game is called a hero. But a true hero is someone who puts his or her life at risk, to save others. Tzvika Greengold and Avigdor Kahalani are true heroes and we salute them.

General Rafael Eitan said in an address to soldiers of the armoured corps after the war:

If we had not stopped the Syrians on the Golan Heights, then the State of Israel would have been destroyed…This division saved Israel from defeat, from catastrophe…I want to stress and make it clear to you; you saved the people of Israel. First and foremost, you!