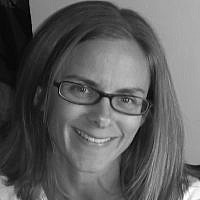 This is not a metaphor.

We literally have a zombie inside all of us.

Mine sits quietly in my stomach until three days before my period or three minutes before my blood sugar drops to the point of no return. If you put your ear to my belly just then you might hear the echoed growl of the undead. In those moments, I actually feel as if I could tear somebody’s face off with my teeth.

Not because I am so hungry (even though I am) but because the monster in me wants to take control of the human being. My eyes roll back into my head in that moment, that fragile window of time in which I have seconds, literally seconds, to decide if I am going to let the monster out or if am going to put effort towards maintaining my humanity.

The other day, for instance, I was standing in a pseudo-line behind a locked glass door in the ATM area of the local branch of Bank Leumi. That day, I happened to be both three days before my period and three minutes before the precarious drop of my blood sugar, having replaced breakfast with two long espressos.

I say “pseudo-line” because that is what all lines are in Israel: amorphous blobs of people each plotting how to be first or better yet, how to make sure the person next to him is last.

A woman walks into the waiting area. She makes her away around the pseudo-line towards the still-locked glass door. It’s 8:28 am, after all. The bank hours list the opening as 8:30 am — and like all banks in the world, it doesn’t matter if all three tellers are ready and waiting with coffee at their desks, that door won’t budge until 8:30 am.

You can imagine what this woman does, can’t you? If you live in Israel, you’ve certainly seen it before.

She sweeps in and around the amorphous blob when the bank manager finally unlocks the glass door, she walks quickly to the ticket counter, grabs a numbered ticket and succeeds in cutting in front of three people who were clearly there before she was.

She says the F word to you, to humanity, to all unspoken line rules.

No not that F word, the other one.

She calls you — with the back of her head — a freier. A sucker. A fool.

Or so you tell yourself; so you imagine.

And the zombie stirs. Awakens.

Or in the case of my inner zombie that particular morning, made her way up from my stomach through my esophagus and into the space in my throat where words form.

But, alas, my inner zombie doesn’t roll her Rs. And so where I might have, in America, sunk my sharp teeth deep into that woman’s neck with a biting comment; where I might have sucked her skin off with forked-tongue … I didn’t.

My tongue — even my zombie tongue — is not so sharp in Hebrew.  An immigrant zombie doesn’t have the quick wit of a local.

By the time I figured out what I could have said to the woman that would have shown her just how strong I am and how weak she is (because this is, after all, what our inner monsters are after), the opportunity was gone. The teller handed her a wad of cash, and the potential victim left the scene …intact.

This is when, as an immigrant, I feel both frustrated and grateful. Frustrated because I can’t communicate how and when I want to. Yet grateful for that fragile window of time in which I must pause. I have no other choice.

I must pause and process.

Maybe the woman needs the money in a hurry. Maybe her boss will fire her if she’s late for work. Maybe she has a terrible migraine and just needs to get home. Maybe her sick child is waiting in the car for her.

Imagining all the reasons why letting this woman go in front me without an unkind word makes me a human being instead of a monster.

It’s in that space — where the processing happens — from which I truly want to make my decisions. Not from the hungry, hormonal, angry, reactive, don’t-think-I’m-a-freier place.

Not from deep down in my stomach where the zombie lives.

But from up high. 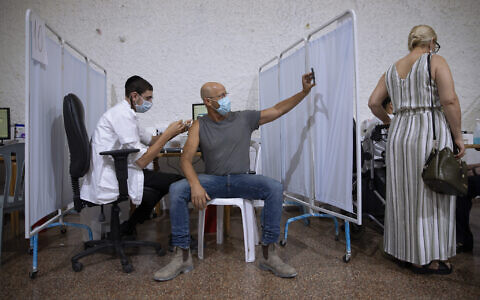