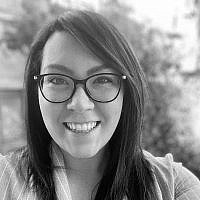 The Blogs
Judi Seidner
Apply for a Blog
Please note that the posts on The Blogs are contributed by third parties. The opinions, facts and any media content in them are presented solely by the authors, and neither The Times of Israel nor its partners assume any responsibility for them. Please contact us in case of abuse. In case of abuse,
Report this post. 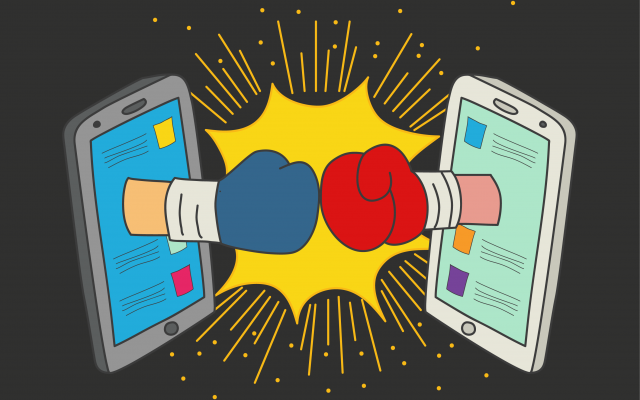 Resisting the Polarizing Effect of the Media; Photo Source: VectorStock

“We support you, friend! It’s terrible hearing all of this, and I can’t imagine actually experiencing it”

“I was wondering if you knew if this is misleading or if it’s accurate?”

These are a few of the many messages I received throughout this past week from family and friends abroad.  Some were concerned about my safety, others conflicted about the escalation of recent events, and the rest that expressed strong anti-Israel sentiment while comparing the IDF to Nazis.

As sirens rang out in our nation’s capital for the first time since 2014, my roommates and I, along with an elderly couple and a family of four, rushed downstairs to our building’s bomb shelter. The seven-year-old, gripping his father’s arm and straining to catch his breath, hysterically shouted “How can this be? How can this be?!”

I took a moment to calm his nerves. Deeply saddened, compassion filled my heart for innocent Gazan children suffering similar fears a mere 75 kilometers away. Why should a child, any child, have to live with the reality of war in their own backyard?

Between the thousands of rockets, violent rock throwing incidents, interrupted peace rallies, school cancellations, trauma, and sprints to bomb shelters, it’s been a HEAVY ten days filled with brutality and unnecessary death. Armies strategize to attack/defend, stuck in an endless loop of violence. Civilians live on edge due to continuous siren alerts and civil unrest. We’re honestly all exhausted.

And what is the media doing to help create peace? Nothing. Just the opposite. It continually fans the flames of war, and by inciting hate speech, polarizes the public. The agenda of the mainstream media is hurting everyone, especially the innocent. I genuinely ask: WHY do some keep throwing fuel on the fire? The media sells articles which don’t do justice to the whole story. Activists and influencers employ hot-button words, such as “colonization,” “genocide” and “apartheid,” further exacerbating the extremism. The rest of us, whether directly impacted by the conflict or not, must guard against falling into the same trap.

Many people oversimplify the relationship between Jews, Arabs and Palestinians by attempting to define “the bad guy” and “the good guy.” OUR story isn’t an hour-and-a-half movie in which the antagonists/protagonists are clearly defined and the plot comes to a neat conclusion. The deeply ingrained issues we face span across multiple generations and will continue to adversely affect all our daily lives until even the smallest amount of common ground is found to build upon.

A few hours prior to huddling in the bomb shelter, I witnessed a glimmer of hope of real peace. I hopped into a taxi to return home from work. Knowing Jerusalem Day shuts down public transportation in City Center, I encouraged the Arab driver to pick up anybody headed in my direction. He pulled over to let in a 30-something year old man wearing a Star of David necklace who asked “What’s up, brother?” Exchanging a familiar handshake and specific questions about each other’s lives, it became obvious they were good friends. They expressed identical feelings of frustration and disgust regarding the escalation. It was encouraging to be a fly on the wall during such a conversation which, in my opinion, accurately reflects the attitude of the majority of Arabs, Palestinians and Jews.

For those who care to reach out during this difficult time, I am grateful for your concern.

For those who are conflicted by the presentation of different versions of reality, I invite you to research our history with an open mind and engage in conversations with those of differing opinions to understand rather than to argue.

For those who are influenced by Anti-Jewish/Anti-Arab sentiments, I urge you from the bottom of my heart to not allow your political opinions to be based off of one article, a pretty info-graph, “facts” that are presented in a headline, a talk show host’s comments or a bunch of people yelling in your ear.

There is a BETTER WAY.

Though no one can fully empathize with the pain and struggle experienced on all sides, we can collectively minimize negative rhetoric and shrink the gap of misunderstanding by realizing the truth. Everyone wants less terror, more freedom and better lives.

About the Author
Judi Seidner is an American-turned-Israeli Tour Coordinator with a passion for building community, delving into deep conversations, and traveling. Judi holds a degree in Psychology and serves in reserve duty as an officer in the IDF's Home Front Command. In her spare time, she enjoys hosting youth camps and working with lone soldiers as well as playing sports and spending time with friends. Judi made Aliya in 2014 and happily resides in Jerusalem.
Related Topics
Related Posts
Comments