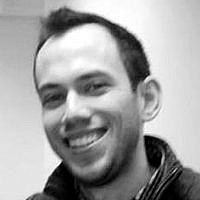 There was a brief moment earlier this year during the NHL playoffs between the Montreal Canadiens and the Ottawa Senators that sent rumbles through the hockey-following world, prompting outrage and accusations of classlessness. With a 6-1 lead over the Canadiens and only seconds left in regulation play, the Senators’ coach called for a time-out.

The Canadiens were furious with this seemingly unnecessary move, given that the game was already all but won by the Senators. And yet, the Ottawa players skated off the ice for a few minutes of time away from the action.

For the record, WikiAnswers tells me that “millions and millions” of people watch hockey, so I’ll take that as an indicator of the significance of this otherwise “niche” population…

As part of orientation this week for the coming year of rabbinical school, my class was introduced to a teaching on human existence, the universe, and life as a rabbi from Rabbi Bradley Shavit Artson, the Dean of the Ziegler School of Rabbinic Studies at American Jewish University.

I am not a student at Ziegler, but it was a refreshing opportunity to frame our reflection through the wisdom of someone who might not have otherwise come across our desks.

We were instructed to listen to a portion of Rabbi Artson’s lecture “Life, as a Calling,” (available on podcast from iTunes) then reflect on our own personal response to his teaching. With a coy warning of “no pressure…” from one of our faculty members, Rabbi Artson’s voice filled the room:

What does it mean to take seriously that the electricity that sparkles through your cranium is the reverberating echo of that first big bang?… We are fully an expression of the world which has created us and summoned us into being… Armed with the awareness that you have a pedigree that is as old as space-time… how does that help us to use our time wisely?

If we take seriously that at each and every moment we are invited to add significance to the world… to add meaning, to add connection, to add compassion, then any moment we don’t do this is an opportunity squandered… there’s no time off.

It is the single most terrifying thing I tell my rabbinical students.

In the eyes of the world, you are now a rabbi. And that means that everything you do; people will hold you to a rabbinic standard… from the day you enter rabbinical school, the world thinks you’re a rabbi, and they hold you to that standard…

You embody the entire Jewish people. You embody our entire heritage…

You could write an entire tome on Rabbi Artson’s theology and cosmology. Or on the professional and human resources implications of what he argues. Perhaps you might also write a comparative analysis of Artson’s theology as a hockey playbook…

From my own vantage-point (caveat: three days into rabbinical school) it seems to me that Rabbi Artson is proposing something radical for our otherwise privacy-obsessed world: Rabbis and Cantors and Jewish Educators cannot separate ourselves from each other as individuals, from each other as a community, and from Judaism as a whole. There’s no time-out. There’s no time off. Clearly Ottawa Senators coach Paul MacLean missed this day of Rabbinical School.

There is no longer a day when I am on my own. The rabbi-ing doesn’t stop when I take of my kippah at the end of the day. There is no time out or time off. And if I convince myself otherwise, in an attempt to think I’m not as accountable to others as I am… then I am discrediting God, discrediting Torah, and wasting time on Earth.

Lucky for hockey players, they’re only “on” for sixty minutes of game at a time…

Of course, the added implication of Rabbi Artson’s philosophy is that this is not exclusive to religious leaders; all of humanity should see itself in this light. We are all billion year old carbon, and that should unite us under a banner of divine morality in how we treat each other. Otherwise, we’re just wasting time.

A closing thought: need to find a way to have a zamboni clean things up in between services at shul.