What do these people have in common:

The first thing they have in common is that each told me an unforgettable story on my recent trip to Israel. I heard more riveting personal stories over those two weeks than I would hear in a year in Minnesota.

Let me share their stories with you. Then I will tell you the second thing these four storytellers have in common.

On Friday afternoons, the Machane Yehuda shuk is a cheery madhouse. Throngs of people are hurrying to finish their shopping before Shabbat. We were among them, working our way through the jammed aisles. Laden with bags full of challah, halvah, cheese, olives and more, we pushed our way out of the shuk and jumped into the first cab we saw.

“Where’s your family from?” I asked the cab driver. I always ask that. It leads to the best stories. This time was no exception.

His father worked as a vegetable seller at Machane Yehuda. The family lived in a tiny apartment in the Nachlaot neighborhood, near the shuk. “Right up there,” he pointed as we drove past.

Through his retelling, the 1950s shuk came alive. The sounds and the smells. The backbreaking labor needed to get goods from trucks to the stalls. Days that began before dawn. The camaraderie and competition among the merchants. Pride, but also the bewilderment of being an immigrant in a new country. Images that we can find in old, sepia toned photos.

Or through vivid memories that are brought to life by a cab driver whose family lived it.

The attractive, late­-middle-aged couple from Paris radiated Gallic charm. Over plates of shakshuka prepared by the delightful owner of a Caesarea bed and breakfast, the couple shared their story.

Tel Aviv was now their home, after making aliyah from Paris nine years earlier. The only thing that dimmed their sunny expressions was their sorrow over rising anti­-Semitism in Europe. They were deeply worried about family and friends still living there.

But what was the most unusual part of their story? Their annual, month­-long vacation at a home in Ravello, Italy, along the breathtaking Amalfi coast.

‘Here is a picture of our wonderful Maria, the maid and cook who takes such exquisite care of us’, the woman said. I studied the photo of a stern­-faced, steely-haired lady. She looked like she could handle anything. Turns out, she was once the maid for writer Gore Vidal. One day, he said something that angered her, and that was it. She resigned on the spot, and no amount of pleading by Mr. Vidal would change her mind.

For the past 20 years, Maria, the maid who quit Gore Vidal, has taken care of this couple for a month each summer. It was unclear what she does the rest of the year.

How often do you hear a story like that?

I thought about it for days. This couple had the means to go anywhere.

And here they were, in Israel.

The gallery owner in the Armenian Quarter of the Old City welcomed me into her shop with a warm smile. Over a cup of cafe hafuch she proudly showed me her hand painted serving pieces. I bought a pair of glass salt and pepper shakers. As she wrapped them up, I asked her to tell me about her family.

“I’m third generation here in Jerusalem,” she said with pride. “My family came after the Armenian genocide that took place during World War I.”

Other customers entered the store. She thanked me and turned her attention toward them. I wish we’d had more time to talk.

Later, I found this small card tucked into glassware she had wrapped so carefully for me: 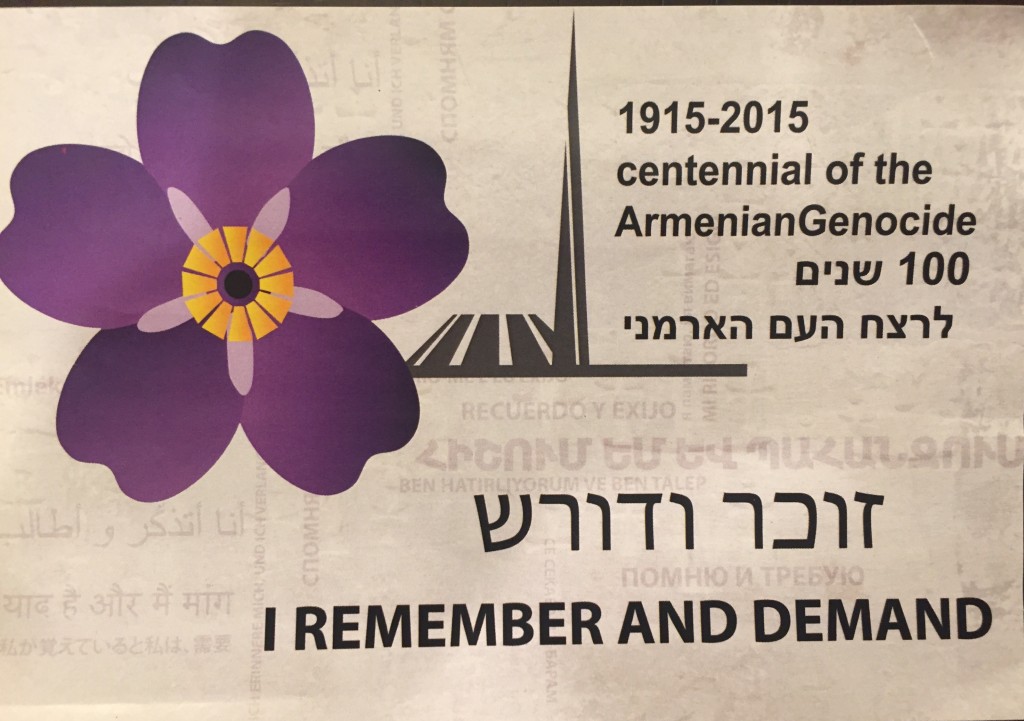 I was staying at the home of dear friends in the Galilee village of Yuvalim. A couple from the neighborhood dropped by for coffee and conversation.

“Back when my grandfather provided medical care for Emperor Haile Selassie…” the neighbor began. No one in the living room even blinked. The story was well known to everyone but me.

“Wait!” I said to him. “Back up and start over. Tell me your grandfather’s story!”

This man was a match for the moment.

From the beginning, Dr. Nissel worked to build the medical infrastructure that the developing state would need. A respected surgeon, he also founded Magen David Adom in Jerusalem and established the blood bank. He was one of the founders of a civil defense program to protect citizens in the event of a gas or air attack.

Dr. Nissel spent decades caring for patients and building Israel’s medical institutions. Then, in 1966, the government of Ethiopia requested help from Israel’s foreign ministry. Could Israel send a surgeon to organize the department of surgery at the government hospital in Massawa (then part of Ethiopia, today Eritrea)?

Dr. Nissel took the challenge at the age of 65­, and spent the next three years in Ethiopia. Along with his work at the hospital, he advised government ministers on how to establish a blood bank.
And Dr. Nissel provided medical care for Emperor Haile Selassie and his family. 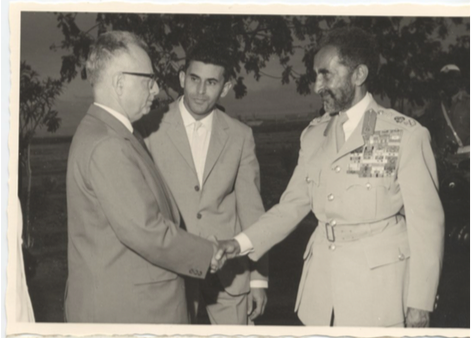 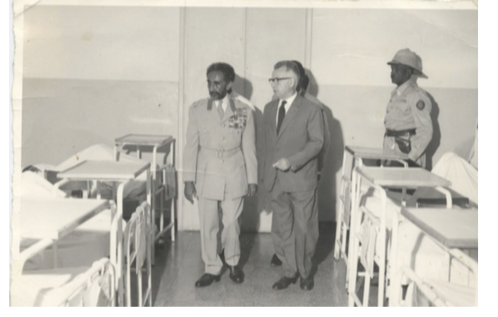 This man was part of the generation that built the State of Israel. At an age when many retire, Dr. Nissel still had enough energy, drive, and heart to help build another developing country.

That brings me to the second thing these four storytellers have in common.

Each person told me the story of people who threw in their lot with the Jewish state.

The dirt-poor Mizrachi Jew from Kurdish Iraq chose this place…but so did the well­-to­-do couple from Paris.

The Jewish doctor and his family fleeing Germany before genocide chose this place. The Armenian Christian family rebuilding their life after genocide chose it too.

There is a beautiful, classic Israeli song, “Od Lo Tamu Kol P’layich” (Your Wonders Have Not Yet Ceased). Yoran Teharlev wrote the lyrics and singer Rami Kleinstein composed the music. I listen to this song on every visit to Israel, in the moments before the plane lands. And I listen again when it’s time to leave.

Your song remains, I know,
My heart is at your mercy, and whispers soft and low

This time, those lyrics had fresh meaning for me. “They’ll never cease, your wonders”  — because of the people who choose to make this place their home.