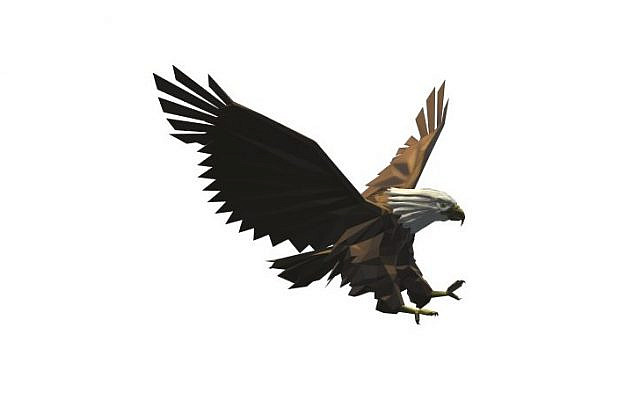 Like an Eagle (A Copyright Free Image From Paint 3D)

News flash – the language used in the United Kingdom is English.

While many readers of the Times of Israel may be aware of this, the news has yet to reach El Al Israel Airlines. Family in the UK, having bought tickets for a visit to Israel, were forced to cancel them due to the coronavirus pandemic. This was not their decision; it was made for them by El Al that stopped flying; they could not have flown even if they had wanted to. They were offered two possibilities, to re-book at some later date or a refund. With the future of flights up in the air – that’s an unfortunate choice of phrase, let’s say stuck on the ground – they chose the refund.

Despite living in the UK, with their British citizenship and passport details recorded in the El Al database, they received a message in Ivrit. That’s means Hebrew for any non-Hebrew speakers among my readers.

Is it beyond the capability of El Al to find an English speaker to translate their messages? We do not expect to get messages in Swahili, but as an international airline it would be nice to see some English, which is the third most widely spoken language after Mandarin Chinese and Spanish.

It is almost as if, perish the thought, El Al does not want to give any refunds.

El Al has come a long way since September 1948 when its maiden flight brought Israel’s first President, Haim Weizmann, home from a diplomatic visit to Geneva. The civilian aircraft was quickly converted from a military Skymaster DC-4 to satisfy Swiss regulations that did not allow military planes to land in its territory. Ironically, it was named ‘Rehovot’, the same Rehovot that my family from England are now unable to reach.

El Al was privatized several years ago, and just a few days ago became the property of Eli Rozenberg, a 27-year-old New York-born yeshiva student who lives in Jerusalem. It has been reported that the Rozenberg family purchased the airline on instructions from their rabbi. As they have no experience in the airline business, we can only guess why their rabbi wanted them take on the dying airline with its huge debts. Let us hope he wants to help his flock immigrate to Israel.

I will let my readers know the moment my relative’s refund arrives, but even with coronavirus in the air, don’t hold your breath.