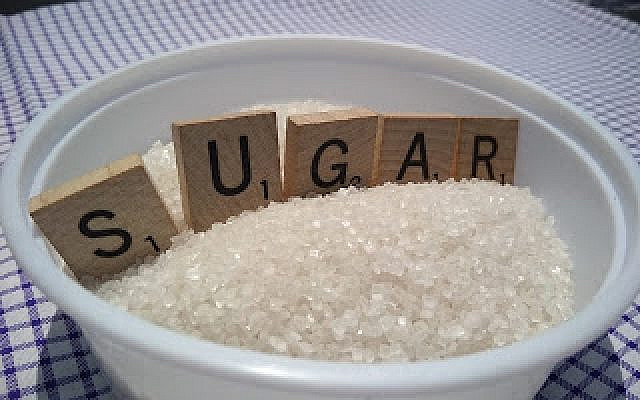 We must shield tourists to the UK from the many reminders of a horrific past. For a start, it is unacceptable that a carefree tourist visiting London should find themselves face to face with a Tate Gallery.

The original gallery was founded in 1897, as the National Gallery of British Art. In 1932, it was renamed the Tate Gallery after sugar magnate Henry Tate of Tate & Lyle, who had laid the foundations for the collection. In 2000, the Tate Gallery transformed itself into the current-day Tate, which consists of a network of museums in London, Liverpool, and Cornwall.

Just seeing the word Tate brings a bad taste to our mouths that no amount of sweet-talking can erase.

More than half of the 5.5 million African slaves brought to the Americas were used on the sugar plantations. Sugar became the leading slave-produced product in the Americas. Sadly, the huge profits from the sale of sugar, and the sugar-related alcoholic beverage of choice, rum, were used to purchase more slaves.

Other places where the over-worked slaves could be found were the tobacco plantations. Mostly in Virginia and Maryland, before the American Revolution ended slavery, these plantations used the largest percentage of African slaves.

But history has a way of righting old wrongs. Slave owners and sugar magnates were unaware that what they were really planting, growing, and importing, was …. death. Too much sugar consumption is unhealthy. It increases the risk of developing various metabolic disorders, such as obesity and diabetes. It can shorten life expectancy by several years.

The Lancet medical journal recently published the findings of a study covering 195 countries. The study showed the proportion of deaths from poor diet and too many sugary drinks. The United States ranked 43rd, Britain was 23rd (Uzbekistan was first on the list, Israel, with one of the worlds’s healthiest diets, was last).

Sugary drinks cause 184,000 deaths worldwide each year, including 25,000 deaths in the United States. No less than 38 percent of the US population is considered obese while we in Israel, in spite of our healthy diet, have 26 percent. We could all learn from Japan, very much a first-world country, with just 4 percent obesity – anyone for sushi?

Sadly the descendants of those slaves have become slaves to their own appetites. No less than 4 out of 5 African American women are obese. They have the highest rates of obesity of any other group in the United States.

And the sugar planters are not the only ones to suffer history’s revenge. In the United States, cigarette smoking is responsible for more than 480,000 deaths each year. For readers without a handy calculator, that’s 1,300 deaths every day. Smokers tend to die 10 years earlier than nonsmokers.

Back in the 1700s, white plantation owners made their fortunes selling tobacco which was grown by black slave labour. Tobacco production was an extremely labour intensive process in which the slaves planted, harvested, cured and packaged the tobacco for shipping to Europe.

Cunninghame and other Glasgow businessmen built their businesses on the slave trade. Like many other merchant mansions in Glasgow’s, his house is a symbol of a business empire founded on slavery.

Yes, while strolling around the UK’s historic cities we have many reasons to avert our gaze.