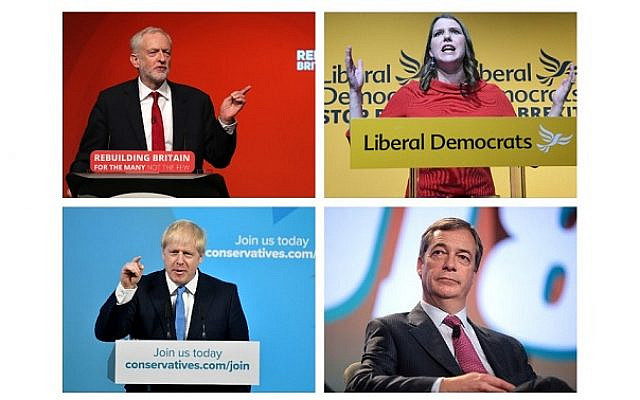 Normally I avoid discussing the content of newspaper editorial conferences. This is internal stuff and the views of those present are expressed privately, passionately and with the understanding that what is said is not more generally shared. In my several decades in journalism for the Guardian and for last couple decades the Daily Mail I have never encountered a leader conference – until the last few days – where the dominant subject was antisemitism.

Then again, Britain is not a country where extremist views have ever had much currency. The late historian David Cesarani, discussing antisemitism and extremism in British politics, once explained at a meeting  at which I was present  that he was not fearful of fascism or antisemitism in Britain. The history of such parties in the UK, even when Sir Oswald Mosely and his black shirts were regarded with fear in 1930s, was that in nationwide elections they have always polled badly.

In recent times extremists may have attached themselves to UKIP or the Brexit Party but, essentially, this have been one issue movements propagating the UK’s departure from the European and not much else. What is different about this election is that a mainstream party Labour is now broadly associated with antisemitism.

The question debated in our office was a complicated one. It is now widely accepted that Jeremy Corbyn has allowed a toxic anti-Zionist agenda, bleeding into antisemitism culture, to bleed into the sinews of Labour. Indeed, it is the first major party to find itself the subject of a full grown inquiry by the Equality & Human Rights Commission. Needless, to say everyone in the room found this deeply disturbing.

But in practical terms, how would it play out in the election results?

The evidence suggests there are only a couple of constituencies in the country where the ‘Jewish vote’ could be decisive. Overall British voters would abhor extremism as they have always done. The exception might be in many constituencies where there are large Muslim minorities who have been recipients over many years of strong anti-Israel messages. In these areas the association of Labour with potentially anti-Jewish views might well help Corbyn roll his bandwagon.

The antisemitism issue was thrust into the limelight by Rabbi Jonathan Romain’s powerful letter to his synagogue members urging voting choices other than Labour. Whether rabbis should be advising people how not to vote is an open question. In shul this last weekend, for a family simcha, I heard a rabbi say he was happy to debate social and moral issues, in relation to the election, but would not be making any voting recommendations.

For many liberal-minded British Jews this will be an election like no other. Many will feel disenfranchised by Labour, alienated by Boris Johnson’s reputation for moral failings so driven into the hands of the Lib Dems, Greens and other secondary parties. Both the Lib Dems and Greens have had their problems on Middle East issues but will be seen by many as an escape route from the two biggest parties.

It is not surprising that this winter election, of all recent such contests, is the one most likely to test the reputation of the UK for tolerance.

It will lead some Jews to seriously question whether a Corbyn ruled Britain could ever feel a comfortable place to live.